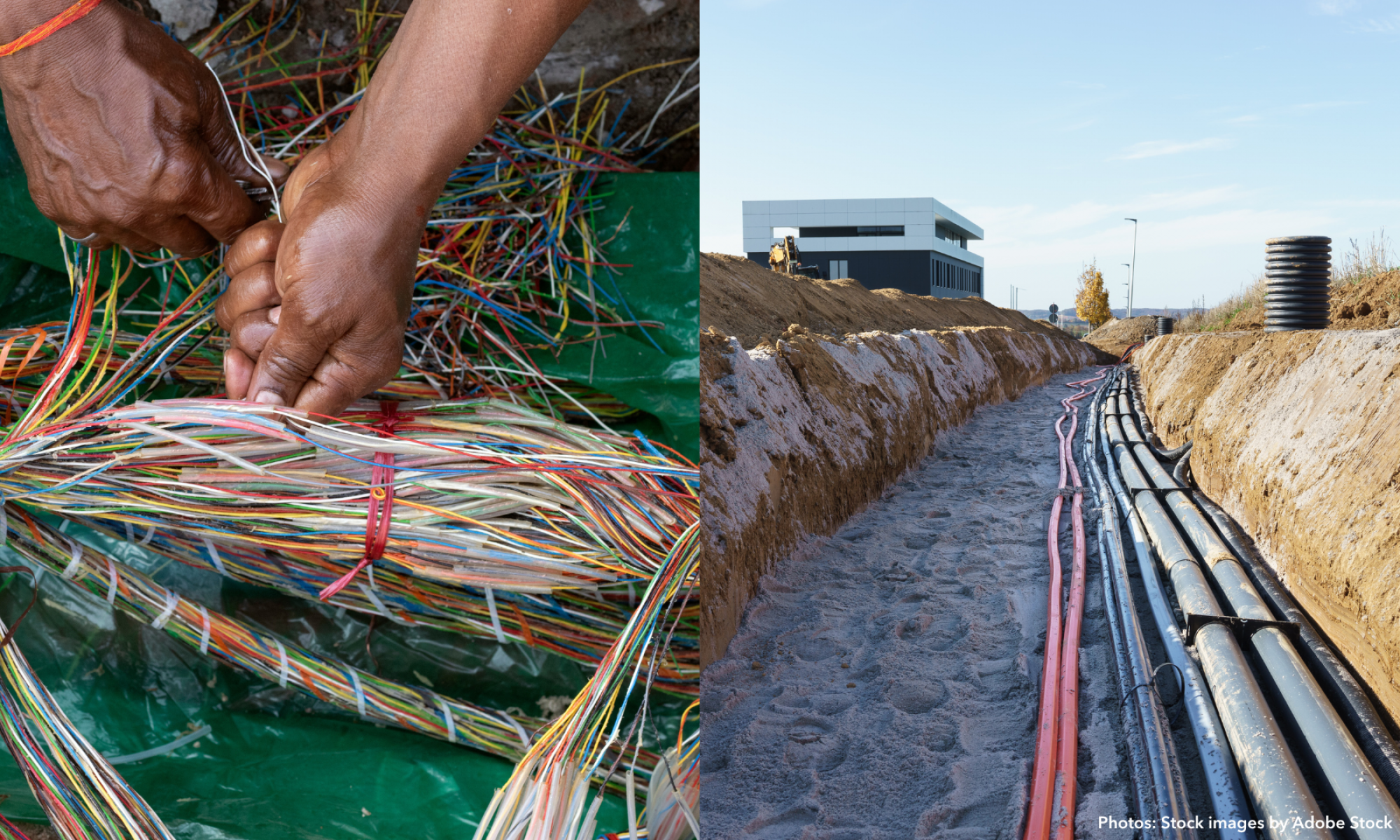 In October, Gov. Gavin Newsom held a press conference in San Diego County to announce that the construction of the Middle-Mile Broadband Initiative had commenced.

A collaboration between California’s Department of Transportation (Caltrans) and the Department of Technology, the initiative's purpose is to construct a 10,000-mile-long broadband network to provide open internet access statewide by the end of 2026.

"California is now one step closer to making the digital divide a thing of the past," said Newsom. "This is about ensuring that all Californians, no matter the zip code they call home, can be part of the Golden State’s thriving and diverse economy."

Once the network has been constructed, the state will provide funding for "last mile" efforts which refers to infrastructure that connects the network to "end-use" entities such as homes and businesses.

The Middle-Mile Initiative boasts a $6.5 billion budget to extend and improve internet access for "unserved and underserved communities" such as Indigenous American reservations, some low-income neighborhoods, and rural areas.

"So, I really want to underscore that our stance on digital equity is that it's a 21st century civil right," Sunne Wright McPeak, President and CEO of the California Emerging Technology Fund (CETF), told California Black Media (CBM).

CETF is a non-profit committed to closing the digital divide. It is the only non-state agency serving on the California Broadband Council which identifies and deploys resources for internet access.

Communities of color have slightly less broadband access than White communities. While 17% of Black households are without access to internet, 13% of White households lack access, according to data from the U.S. Census Bureau's 2020 American Community Survey (ACS).

"Beginning construction on the Middle-Mile network is a significant step toward broadband equity and providing all Californians the opportunity to access critical information," Secretary of the California Transportation Agency Toks Omishakin said in a press release.

"High-speed internet is much more than a connection – it’s a lifeline that families need to work, learn, and access critical services," Omishakin continued.

McPeak asserts that high poverty urban areas are hard to reach and suggests that broadband infrastructure often neglects these neighborhoods.

Another piece of the puzzle is the private sector, California State Superintendent of Public Instruction Tony Thurmond told CBM.

"And because of the way internet service providers and other companies have tried to capitalize on the internet, that means that the U.S. has communities that have been without access to the internet for a long time, even though there's so much resourcing available," Thurmond said.

McPeak echoed the assessment and suggested how state officials can convince private companies to aid in providing open access for Californians by providing incentives to do so.

"One thing the state could do to get much more cooperation is what I call ‘step up or step aside,'" said McPeak. "And that would be powerful if there was that kind of bold leadership that's on the deployment side."

Thurmond called these companies to action to bolster state efforts.

"I think that the state is doing everything that it can, and our office is certainly taking the lead as it relates to our students, but we need everyone to help," Thurmond said. "And that means internet companies have to find ways to help build out pieces of the infrastructure that will reach the homes of Californians."