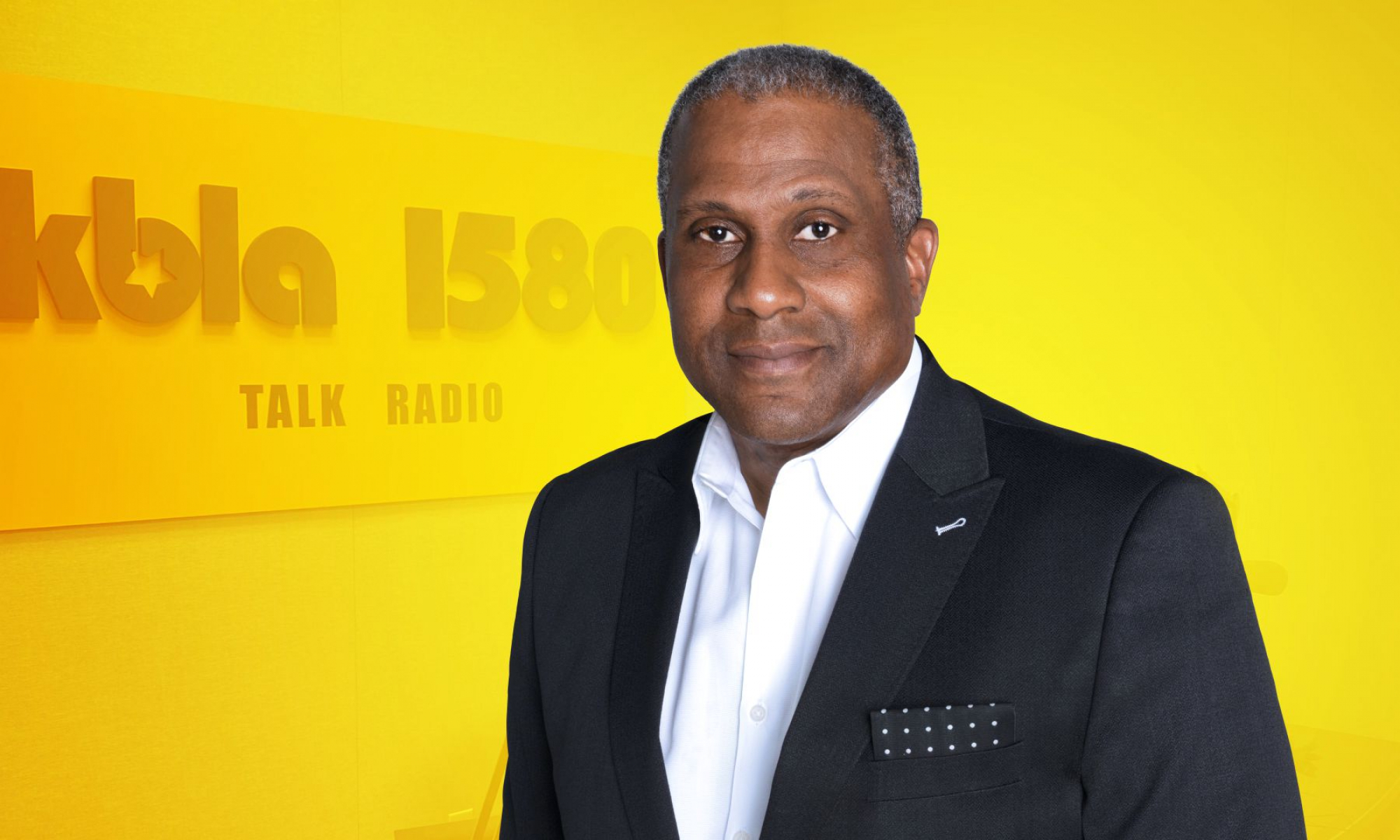 If you want to know who you “really” are, pay attention to what you do with silence. Pay attention to who you become when the public fanfare ceases, and life feels nothing like it once did.

What are you thinking about? What do you want? What feels like the next right thing to do?

Contemplate, pray and listen is what entrepreneur, advocate, and long-time journalist, Tavis Smiley, did for the three and a half years we did not hear his voice. Confident that God loved him. Aware that God had his back, this former NPR host, former PBS host, and former resident commentator for the Tom Joyner Morning Show planted himself at the mouth of God to hear what was next.

Born in Mississippi and raised in Indiana by a momma, as he affectionately calls her, that “only trusts God,” Smiley anchored himself in that trust. At the same time, being familiar with the rumblings of redirection from his 1991 Los Angeles City Council defeat, Smiley drew from what he knew. “Losing that seat opened up the door for me to start doing radio and TV commentary on every major station here in LA. I then realized that I was using the gift God had given me to try to be a voice for those who were disenfranchised.”

To the degree, God had not removed Smiley’s gift and for the reason God had not changed His mind about Smiley using the gift he was given, Smiley was instructed to return. And return, he did; with that voice in tow, to his position of purpose and power. From the silence, he emerged. Not on someone else’s station. Not on someone else’s terms. But on his “own” station and on his “own” terms.

The city, the country, yea, even the world was put on notice. All eyes were on him as he stood in the eminent Leimert Park, home of KBLA, on Juneteenth (June 19, 2021) to announce the launch of KBLA Talk 1580 AM—the first Black-owned talk radio station west of the Mississippi; that Black owner being Tavis Smiley himself. Two days later, on June 21, 2021, all ears were tuned in as he sat down in his studio and went live with his first guest, award-winning journalist and host of BET News, Dr. Marc Lamont Hill.

From then to now, on any given Monday thru Friday at 9 a.m. PDT, you can log onto or tune into KBLA Talk 1580 and hear, “Live from Leimert Park USA you’re listening to Tavis Smiley. I’m just happy to see you and me back in stride again. You’re listening to KBLA Talk 1580.” Not even Smiley, who loves music and has integrated music in one way or another into all of his shows, knew how instrumental apart the 1985 hit, Back In Stride Again by the legendary Maze featuring Frankie Beverly, would play in his life.

The bar has always been high, with Dr. Martin Luther King, Jr. as his hero and Dr. Cornel West as a mentor and dear friend. A lot has always been at stake. Therefore, being in stride, in lockstep with his audience, has always mattered. And after being away from his audience for over 1,000 days, the importance is underscored anew. For Smiley, the substratum of his journalistic odyssey has been about “Finding a way to share a truth that would not be shared if I did not have the platform I have.” It has been about knowing “There are some questions that don’t get asked if we don’t ask. There are some people who don’t get profiled if we don’t profile them.”

Recognizing that owning a radio station is a heavy lift, I asked Smiley, given his extraordinary career, if building his radio talk platform was a natural progression of things or was it something that came to him over the last three years. “PBS was my distributor for 15 years, but I own all of my content from any time or anywhere I went to. Prior to that, I owned the rights to my books and television programming. My friend Prince said, ‘Content is king.’ Prince later said, ‘I need to change my philosophy. Content is king, but distribution is emperor.’ Own your distribution channel. That’s what stuck out in my mind.” I then asked Smiley what intimidated him as he sat with his thoughts about building a radio station. Through a smile, he revealed, “Only that Stevie (meaning his good friend Stevie Wonder who owns KJLH 102.3 FM, which is also in LA) might not be happy with me at first.” Being a friend indeed, Wonder bestowed upon a relieved Smiley his blessings and well wishes.

Well wishes like words matter. And like many who have listened to Smiley for years, I know that he is strategic about the words he uses and about how he uses them.  To my point, and to “get his paragraph right,” we often hear him say things like, “I may stumble getting this out but give me a couple of seconds here. I’m trying to make this make sense.” It is his stewardship over what comes out of his mouth that lured me into asking why “Unapologetically Progressive;” what is it he wants KBLA’s 12 million listeners to know when they hear or see these two words? And with the same stewardship I described earlier, he postulated: “When I use the word progressive, key phrase, what I mean by that very simply is you are engaging a work and a witness that you are living a life that will leave a legacy that everything you did was ultimately for generations coming. You want the same thing for everybody else’s child that you want for your child. I am unyielding. I am unbending. I am unbowed about the fact that Black children deserve the same thing every other child deserves. I mean that we will fight for every Black child to have access, and we are unapologetic about that fight.”

Alongside Smiley in this fight is a stellar team of diverse on-air talent; many are highlighted in this feature story. Knowing that he derives great joy from building platforms for people who have something to say, i.e., State of the Black Union, I wondered about the KBLA line-up, what was important, who had to be included, and why? Like a proud parent speaking about their child, Smiley shared, “I’ve been in the business a long time, so you have to balance empowering people with entertaining them. We had to have a potpourri. For me, it was about getting my ship out of the way so that I could focus on building the business. Dominique is local. I knew from the very beginning that I had to have Dominique, which wasn’t quick or easy. Her show is topic-driven. My show is national. My show is guest-driven. Danny is my Stephen A. Smith in politics. DL was important because he is so bright. He’s born and raised in LA, but his radio station is not in LA. I wanted to change that. Don Amiche is, well, Don Amiche. He’s great. Alonzo was my last hire because morning and afternoon drives are important. You gotta get morning and afternoon drive right. People are on the way home stuck in traffic, and they need calm and soothing. What makes radio work is intimacy and interaction.”

With just eight weeks in at the time of our interview, it’s safe to say that Smiley is building as he flies, which made me curious about what we can anticipate relative to future in-studio or in-community programming. “Eventually, all of our shows will be live-streamed. Right now, my show is the only show that is a podcast. We’re working on getting all of the shows to be a podcast. We’re building out the weekend programming for more live weekend engagement.”

Because I know that experiences become stories and stories become books. I couldn’t end our interview without asking this prolific writer when he’d be blessing us with another literary work. And as if he anticipated my question, he closed with, “Probably not for another year. This rebound, this comeback, is also a part of that narrative. The next book will be the second iteration of my first memoir, What I Know For Sure. My dear friend, Maya Angelou, suggested to me to write my memoir in parts as she did. She wrote her memoir in five parts.”

Courage. Conviction. Commitment. Character. are the four Cs that govern Smiley’s life. He embodied them all during our hour-long inspiring and heartfelt interview.

TUNE IN TO:
FIRST THINGS FIRST WITH DOMINIQUE DIPRIMA
Weekdays 6AM-9AM on KBLA Talk 1580 AM (kbla1580.com)