“#6FTAWAY And I Feel…?” Fifteen Minutes with Photographer KAI BYRD 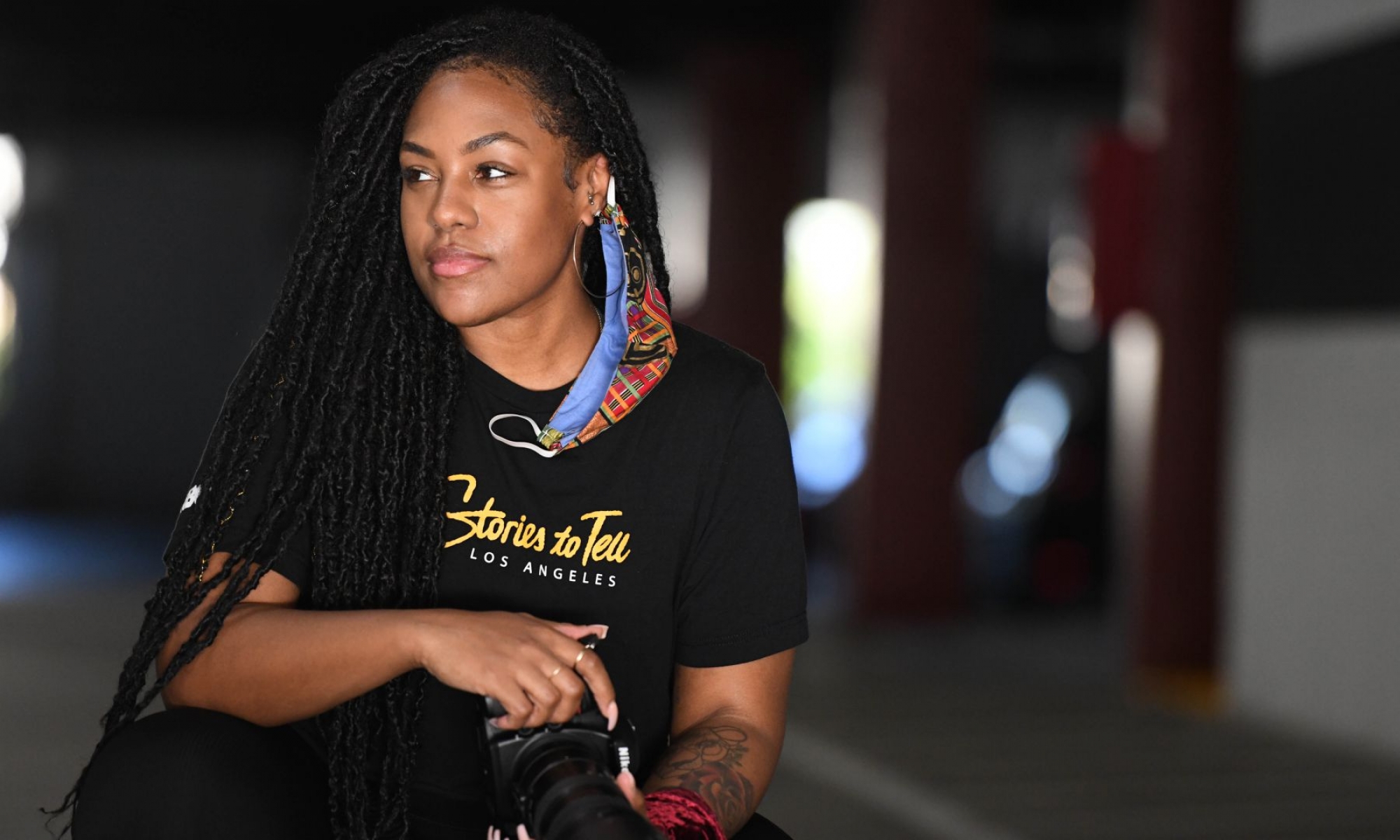 Fresh off the heels of shooting her first mainstream magazine cover with Teen Vogue, to say photographer Kai Byrd has been thriving during quarantine is quite the understatement. "It was super emotional," Byrd reflects when remembering the surreal moment she got the email she'd been picked for the leading teen magazine's August 2020 issue.

While she is no novice to shooting magazine covers – she'd shot others before including the inaugural Suite Life SoCal cover during Summer 2019 – there was no denying she'd never before seen this large of a platform or widespread exposure. "'Why me?' was the biggest question, so I had to switch my thought process to 'Why not me?'"

From the moment the country went into lockdown at the end of March, Byrd has been diligently at work with #6FTAWAY, her video journalism passion project, carefully documenting the emotions surrounding fellow Angelenos' quarantine experiences. "I wanted people to find someone they could relate to that was sharing their story," she explained. "Even now, I still think it's therapeutic overall, and I know it definitely brought awareness and gave people comfort." With over 100 #6FTAWAY stories captured, she has carefully curated thoughts and feelings from a plethora of locals from millennials to change makers, and celebrities, including CNN and NPR political correspondent and attorney, Angela Rye.

A self-described empath, one of the biggest things this experience has revealed to Byrd is the idea that she, herself, is an activist, having carved out her lane to affect change. "I'm not the type that wants to go outside and protest. That's never been me, so I always thought I wasn't either passionate or an activist, or maybe I just didn't want to be for the cause in that way," the visionary explains. "But I am [an activist] because I care a lot deeply about the well-being of people, especially Black people."

By using her art to share Black stories, Byrd has shown herself and the community that activism is best utilized when coming from a place of love. “I'm looking at your eyes, in the camera, and just trying to get your feeling through your emotion. So, once you send me your voice memo when I'm at home, sometimes I tear up, sometimes I'm excited, and I'm just listening," she says. "I'm always like, 'Ooh, that gave me chills!' It's the empath in me that has always been in me. It keeps me rooted in the fact that I feel so deeply about everyone else and how they're doing during this time."

As a result of her hard work, Byrd has found herself with a growing contact list of new connections. A photographer by trade (she counts Yara Shahidi as a client!), she's quickly learning that videography and creative direction are areas in high demand from her audience. "I've had people I'm meeting with who want to discuss their projects… a lot of people want to put me on their roster and reach out. It's great for my business." In the coming months, Byrd has several creative directing and editorial opportunities for various clients. Also on the horizon is a confidential fashion project to be published soon.

"Now that we've entered the fourth quarter, I flipped the camera back to the photographer herself." With everything going on, how does Kai Byrd feel? "I feel overwhelmed and excited, but it's a good thing!" she gushes. "I've really been in the space of thinking, futuristically, of how can I enjoy my life? Because I feel like everybody's been saying, and COVID teaches you, that life is not promised."