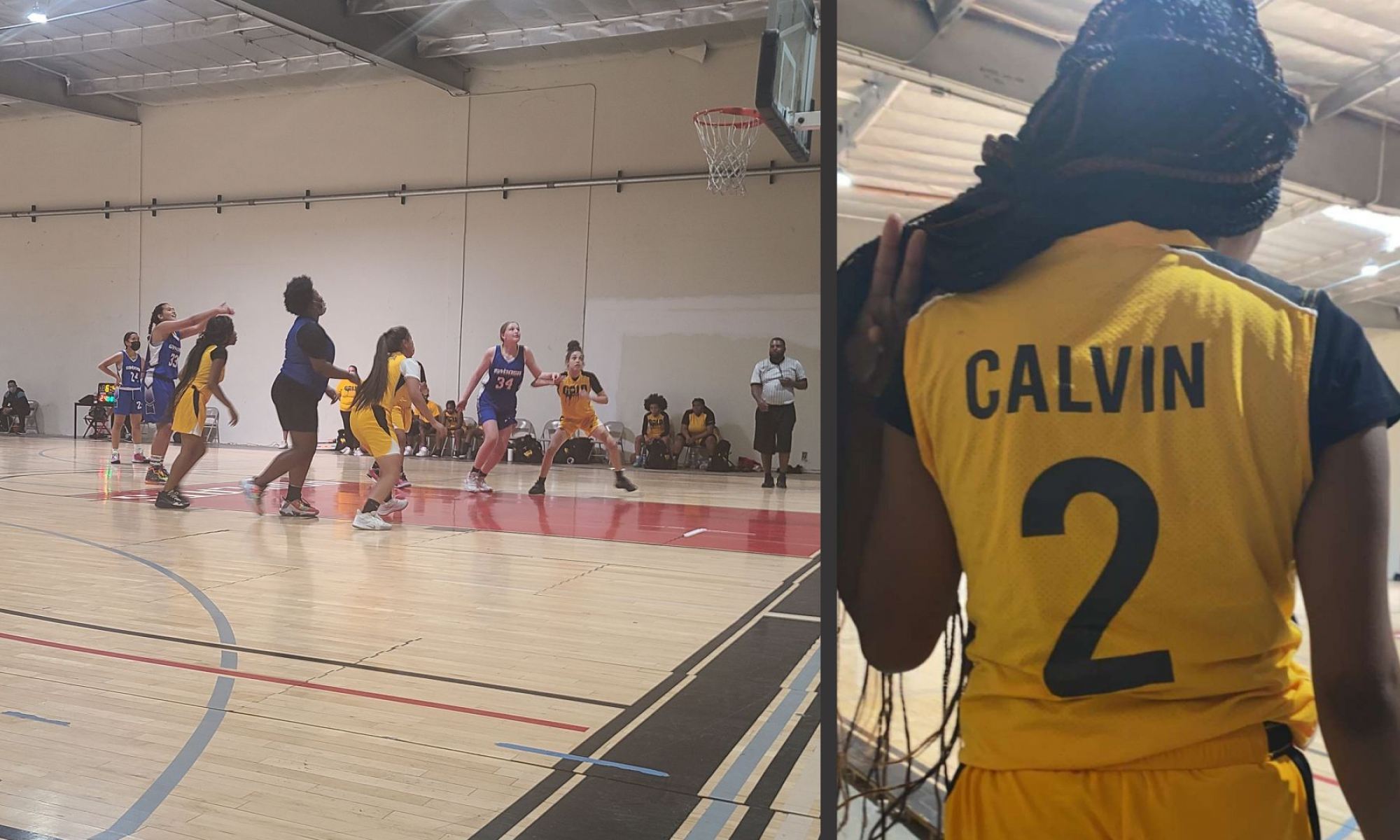 By
Ken Calvin SuiteCauses 2021-07-01 Hits: 1219
STORY & PHOTOGRAPHY BY KEN CALVIN
Here at Suite Life SoCal, you’ve heard a lot about what the pros are doing; it’s only fair we take it to the streets and show you some amazing things happening throughout this Suite summer in the Los Angeles community.

My travels for this summer takes me to Carson, California, where I had my first opportunity to cheer on my daughter Kauri as she and her team, Gold Swoosh, played their first game of the summer season against the Malibu Swoosh at the Swoosh Paradise Gym on 1635 East Del Amo Boulevard.

With COVID regulations changing so much of what we can do as citizens, the trickle-down has affected our youth at an alarming rate when it comes to the world of youth sports. That’s why we’ve found ourselves traveling the state to find a way for our daughter to compete at the highest level since her school didn’t allow freshmen and sophomores to compete at their institutions.

Ladies and gentlemen, here is where I formally introduce you to The Swoosh League. An inner-city girls and boys basketball league featuring some of the best-kept secrets and untapped talent on the West Coast. From California to Las Vegas, The Swoosh League has done a fantastic job being available for a melting pot of top-tier athletes who are ready to put in work.

Over the past decade, the AAU circuit has become extremely popular. In addition to the popularity, it has become valuable due to several young superstars making a name for themselves during the summer months in environments similar to the Swoosh League. If you’re unfamiliar with the setting, let me set the table for you. Think of high school summer league in the ’90s. Where I come from, every year, the best high schools in our city allowed any player who attended the area school to participate, regardless of grades. This method led to many outstanding athletes who may not have been eligible to play for their Institutions to display their game versus some of the cities premier talent.
Often these athletes make so much of a name for themselves that some find themselves never having to play significant minutes for a high school to earn a look from coaches at the collegiate and professional level. Players like Lebron James & Tyson Chandler are two who immediately pop out at me as neither of these gentlemen had to take the Collegiate route based on how successful they were at the AAU and High School Level. Lisa Leslie is another Southern California Superstar who played so well at the AAU level in Los Angeles it led to her being one of the most sought-after female players in the History of Women’s High School Basketball.

Reflecting on the roles that players like the aforementioned had given me joy beyond measure to see the same opportunities exist for my 16 year old point guard after thinking that the chance to play would be nonexistent due to the pandemic.
With half the world anxious to get back to regularly scheduled programming, the Swoosh League has put itself in a great position to assist with revitalizing a population that for a while believed there might never be sports again. From the Swoosh Memorial Day Classic in May to the Swoosh End of Summer Classic in August, the organizers of the league have ensured these young men and women have plenty of summer fun and competition. Gratefully most young people won’t hold on to yesterday but will live in the moment. It appears the administrative team had that truth in mind when they created such a vigorous, exciting summer schedule. For the entire schedule, visit leaguelineup.com.

Looking at the upcoming summer schedule, the summer is loaded with nonstop action from California to Nevada for The Swoosh League, giving “Girl Dads’ like myself a reason to smile again as I cheer on my future superstar KC3. Since the loss of The Late Great Kobe Bean Bryant and his daughter Gianna, seeing my daughter have an opportunity to play has been a massive priority for me. Many other former athletes turned father who won’t stand idle while the world hopes we do. Pandemic or not, it’s time to allow our youth the chance to be great while building relationships that will last a lifetime through athletics. I’m grateful that the Swoosh league and our home team, “Gold Swoosh,” coached by Craig Trevino and Angela Barr, set the bar high when it comes to giving back to the community of Southern California and beyond.

You don’t have to be a girl dad to support our young athletes. The league plays throughout Southern California and even in Las Vegas. Don’t forget to go by the website and find a convenient date and time and cheer our youth to personal and collective victory. And who knows; I just might see you there, SWOOSH! Stay tuned for more summer fun from Suite Life SoCal.