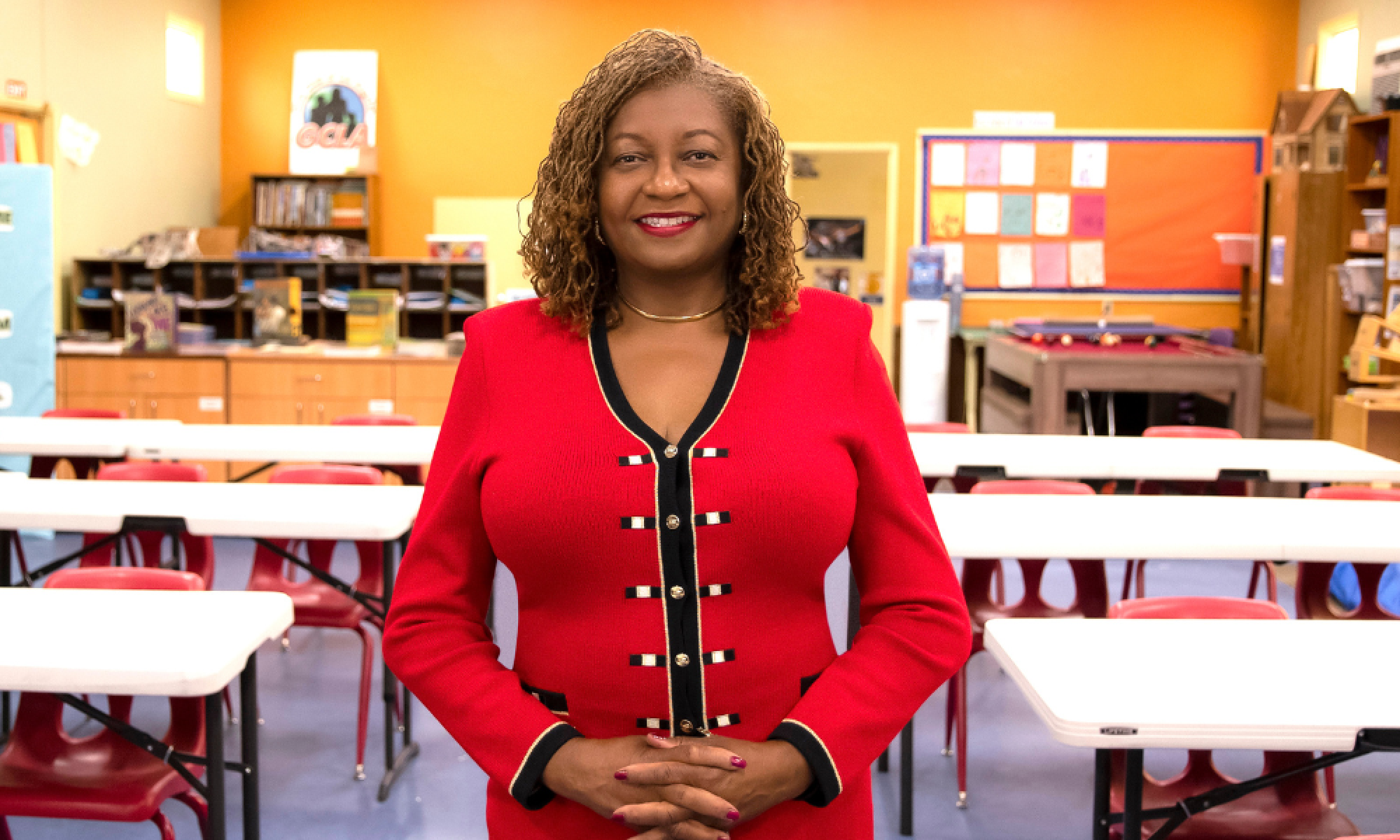 Life has a beautiful way of preserving us, restoring us, and putting us on the path that serves our highest good. Somehow, while on this path, we shed the markings that would reduce us to what we’ve been through, and we are simultaneously shaped into beloved human beings fit for service.

Gloria Davis, executive director of Girls Club of Los Angeles (GCLA), would be Exhibit A in this regard. Davis was raised by her mother, paternal grandparents, and seven aunts and uncles—all of whom were instrumental in instilling the importance of education and spirituality into her life. Living in the small rural town of Boligee, Alabama, Davis’ family knew that having one’s own mind and one’s own God was the best defense against racism’s vile nature.

Although a youngster during the 60s and 70s, Davis recalls the civil rights movement being in full effect. She recalls Dr. Martin Luther King, Jr. coming to town. She recalls the “White Only” and “Colored Only” signs dangling from doorposts and water fountains. And she remembers when her parents could not vote. Making sense of what she saw didn’t come easy—at first. That is until her high school was integrated. White students left the schools but not before taking all the books and resources with them. It mattered not that Boligee was 85 percent African American. Whites dominated. They were in charge.

Unsettled by what she saw, Davis developed an inclination toward social justice early. Discrimination and inequity shaped her. It gave her purpose. Before long, the little Black girl, whose humble beginnings included living on a farm, heeded her family’s advice to attend college, and off to Talladega College she went. While pursuing her undergraduate degree, Davis experienced obstacles. One of which was becoming pregnant during her senior year.

Undeterred, full of confidence, and backed by a family whose love had no conditions, Davis felt there was something big out in the world for her to do. This feeling resulted in the twenty-one-year-old new mother migrating from the South to California with her one-year-old daughter and staying with her two uncles until she could get herself together.

The something big Davis felt calling her would ultimately be actualized in the work she was drawn to once she got her footing in California. First, she served as a mental health educator with Kedren Mental Health, educating parents about nutrition, prevention of child abuse, and neglect. Then Davis fulfilled her desire to work with children by serving as a preschool teacher at a nonprofit in Watts. She was fortunate enough to have mentors and co-workers who adopted her into their families. Next, under the advisement of a former supervisor, she became a kindergarten teacher. Davis also furthered her education at National University, where she earned her master’s degree.

Each job, each endeavor, and each relationship played an integral role in pushing Davis toward her destiny at the Girls Club of Los Angeles. For it was through attending a United Way training program for Black leaders while working in Watts that she met colleagues serving on the board. Subsequently, she was invited to join them as a board member.

Not long after Davis joined the twenty-two-year-old organization’s board, the founding executive director stepped down. Eventually, but not immediately, the board decided the time had come to put a new executive director in place. Davis was asked to apply. Twenty-eight years later, Davis still sits at the helm.

An organization that historically only served girls, one of Davis’ first orders of business as executive director was to open their services up to boys and adults. From there, Davis led the charge to expand services to the community by acquiring their sprawling daycare center and school, located at 2057 W. Century Boulevard in Los Angeles. With a mission to demonstrate respect and build on the value of family by providing wrap-around services, case management, crisis care, and family support, GCLA adopted a holistic approach to meeting the community’s needs.

Over one thousand children and youth come through the doors of GCLA annually. From a community outreach perspective, another seventeen thousand children and youth are served annually. GCLA was forced to pivot and provide another level of care for their families during the pandemic. This care included and still includes meals, COVID testing, and PPE. Food distribution increased from two hundred families a week to eight hundred families a week. And because of the way Black and Brown communities were being left behind during the onset of COVID, GCLA became one of thirty nonprofits that joined forces to form the Community Response System of South Los Angeles. “Look out for our own” was the mission of the group that met twice a month on Zoom to address everything from food insecurity to housing.

Given GCLA’s history with alliances, the decision to team up with the Community Response System of South Los Angeles was easy. Since its inception, most of, if not all, of the services GCLA has provided were made possible by incredible partnerships with organizations that include Crystal Stairs and Partners for Children of South Los Angeles. In addition to funding from philanthropic allies such as the California Community Foundation, Liberty Hill and  Jewish Community Foundation Los Angeles and the State Department of Education and  Social Service, GCLA also has partner companies that donate everything from new clothing to new shoes to jewelry.

With this year marking the 50th Anniversary of GCLA, I asked about the secret to their longevity as a nonprofit; Davis explained: “The secret to our longevity is having a fantastic team of staff and volunteers who believe in our mission. I applaud our staff for their commitment to community.” She continued, “The key to these fifty years is being reliable, consistent, and doing what you say you’re going to do. That builds trust. We keep our word. We listen to the community. We adapt to a changing society.”

Up next for GCLA is a name change to more accurately reflect who they are now, a gala celebration to highlight their accomplishments, and a series of open houses to showcase their services/programs. Beyond the next year, Davis’ dream for GCLA is a safe, nurturing, state-of-the-art children, youth, and family facility with all the bells and whistles—classrooms with the latest technology, playgrounds, a basketball court, a dry cleaner, a small grocery store, and housing. Thankful is Davis for a dynamic board that trusts her leadership and believes in her big dream.

Learn more about GCLA by visiting their website at girlsclubla.org and by following them on IG: @girlsclubla, Twitter: @girlsclubofla, and Facebook: Girls Club of Los Angeles Inc.