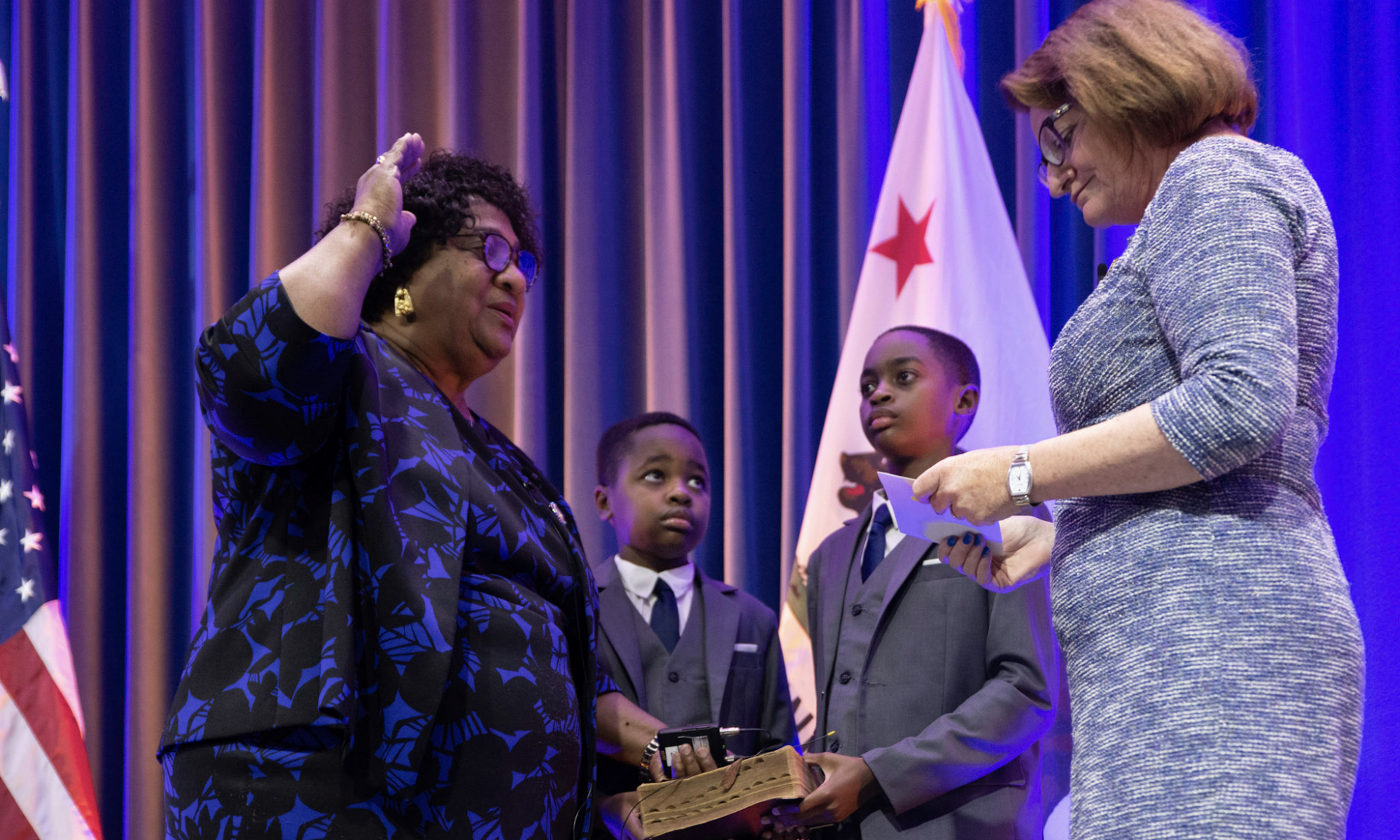 On Jan 9, with the sound of African drumming in the background, Shirley Weber was sworn-in as the first-elected Black Secretary of State (SOS) of California and the 32nd person to hold the position.

The ceremony was conducted at the SOS’ auditorium in downtown Sacramento, one block south of the State Capitol.

“I want to thank all of those who work so hard to make this position, the Secretary of State -- and all of those wonderful things that come with it -- possible, and for being in my life,” Weber said. “I have been blessed beyond imagination with all of the good things California has to give.”

The daughter of a sharecropper from Hope, Ark., Weber said she is “not supposed to be here” as the state’s chief clerk, overseeing a department of 500-plus employees.

Weber grew up in a two-room, “clapboard house” in Arkansas with her parents and five other siblings before the family relocated to Los Angeles where they lived in Pueblo Del Rio, a housing project known as the “pueblos.”

Weber said the “data” projected that she would not have a bright future. Still, she went on to graduate from UCLA with a PHD, serve on the San Diego Board of Education, teach African American studies at San Diego State University, and successfully ran for California State Assembly in November 2012.

‘My father came from Hope, Arkansas, because there was no hope in Hope,” Weber said. “He came to California because he wanted his children to have a better chance and a better life.”

When Gov. Gavin Newsom appointed Alex Padilla the state’s junior U.S. Senator in Jan. 2021, he nominated Weber as SOS. Padilla filled in for Sen. Kamala Harris, who was elected U.S Vice President. Weber was officially installed as SOS in April 2021.

Weber’s plan after serving in the Legislature was to move to Ghana, Africa, and “build a house up in the hills.” That all changed when Newsom called.

“It was hard for me to think about becoming Secretary of State because I was so content in the Assembly,” Weber said. “When I was asked to be Secretary of State, I thought hard and long about it. I realized that everything about the Secretary of State was central to my life. I thought to myself that I am always the one taking the hard challenges. I said who better than a kid of sharecropper, who never had a chance to vote, who could fight for the rights of voters.”

The Secretary of State is the chief elections officer of the State, responsible for overseeing and certifying elections, as well as testing and certifying voting equipment for use in California. Weber’s duties also include overseeing the state’s archives division and registry of businesses.

In her remarks, Atkins praised Weber’s “leadership” and “morality” and called her “a tireless champion of democracy,” adding that those characteristics are integral to performing the duties of Secretary of State.

Atkins told guests that she first met Weber when she was 24 years old and that Weber helped her run for state Assembly. 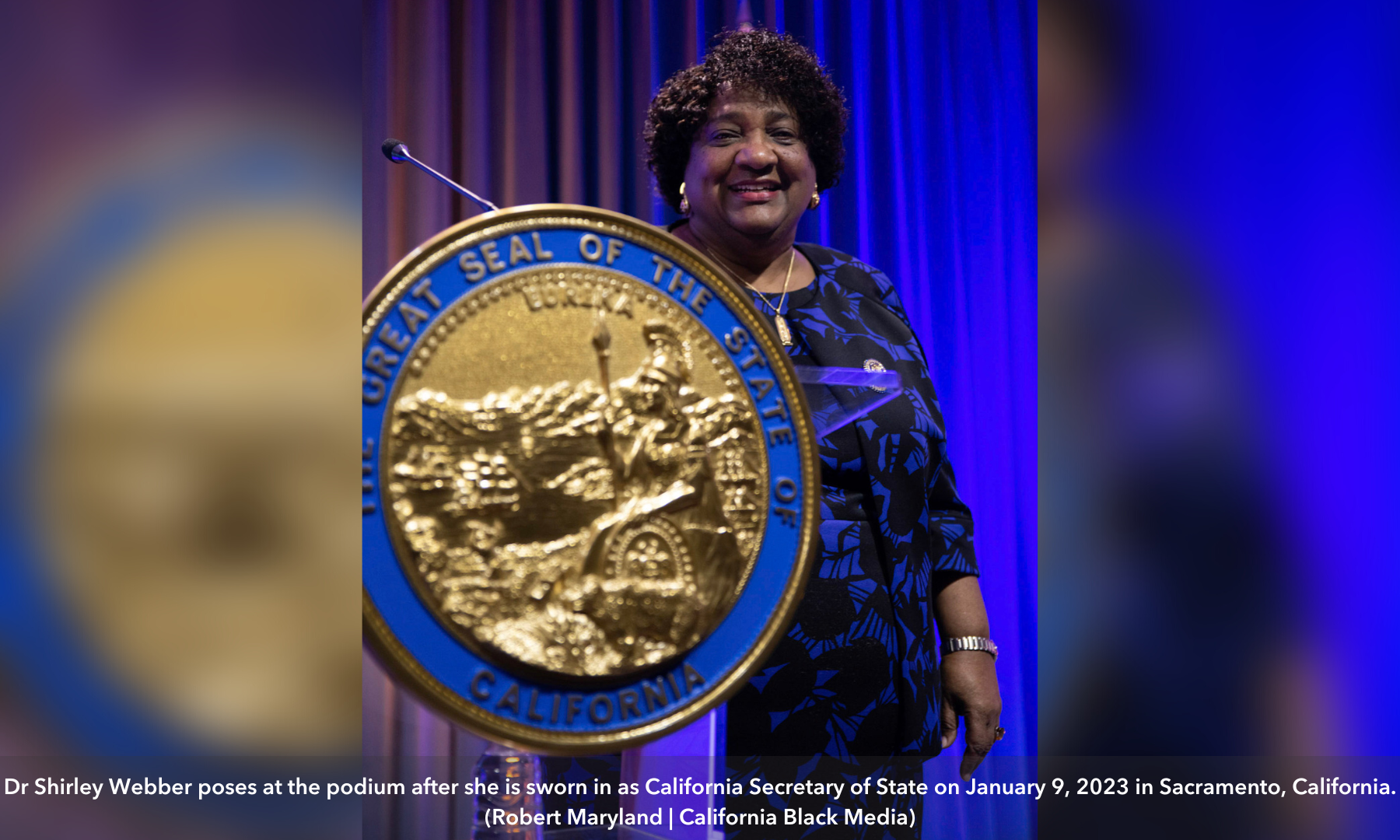 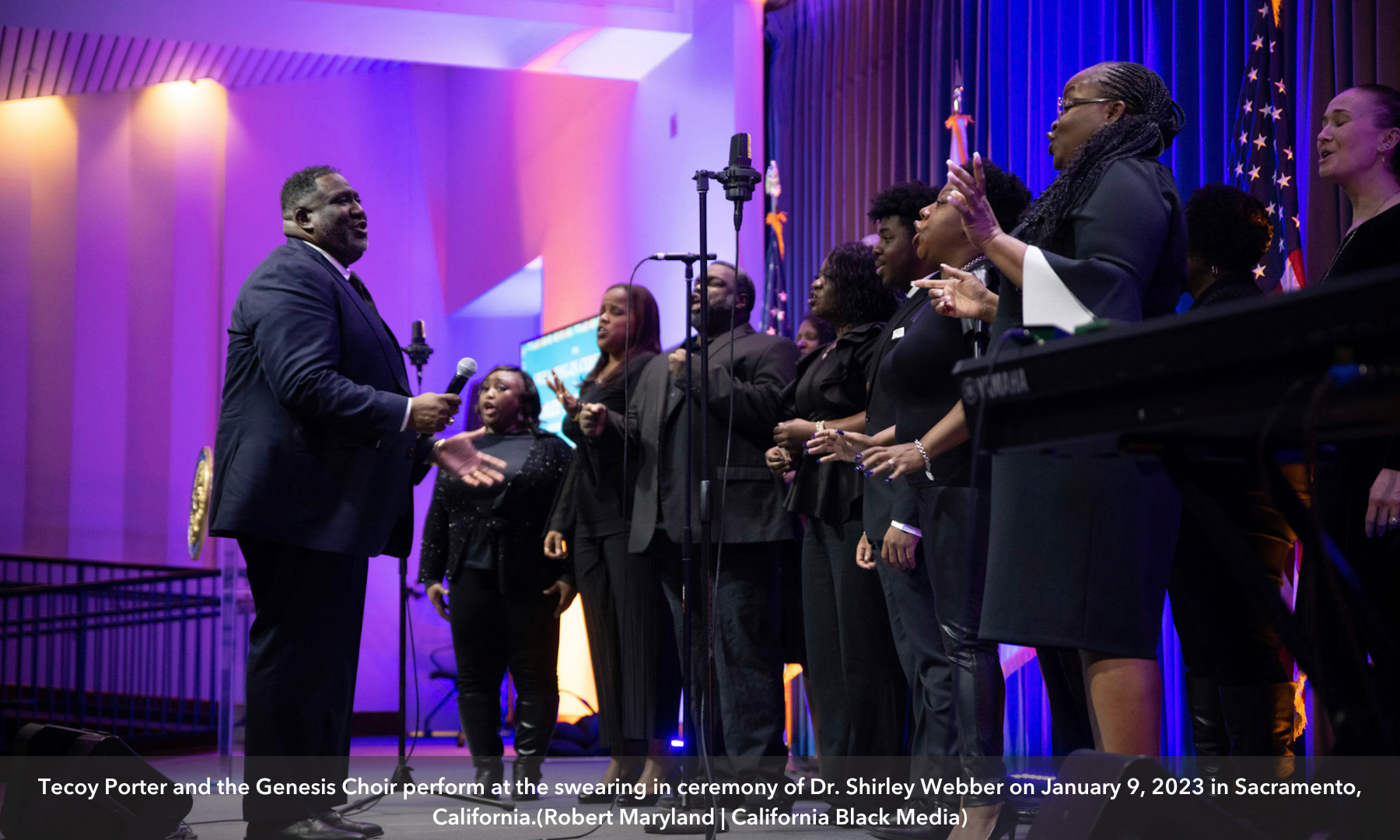 For the first time in its history, California has three Black constitutional officers. The others are Controller Malia M. Cohen and Superintendent of Public Instruction Tony Thurmond.

“Words cannot express how truly proud I am of what my mother has done, what she will continue to do, the door she has opened, the legacy she is creating,” Assemblymember Akilah Weber said of her mother.