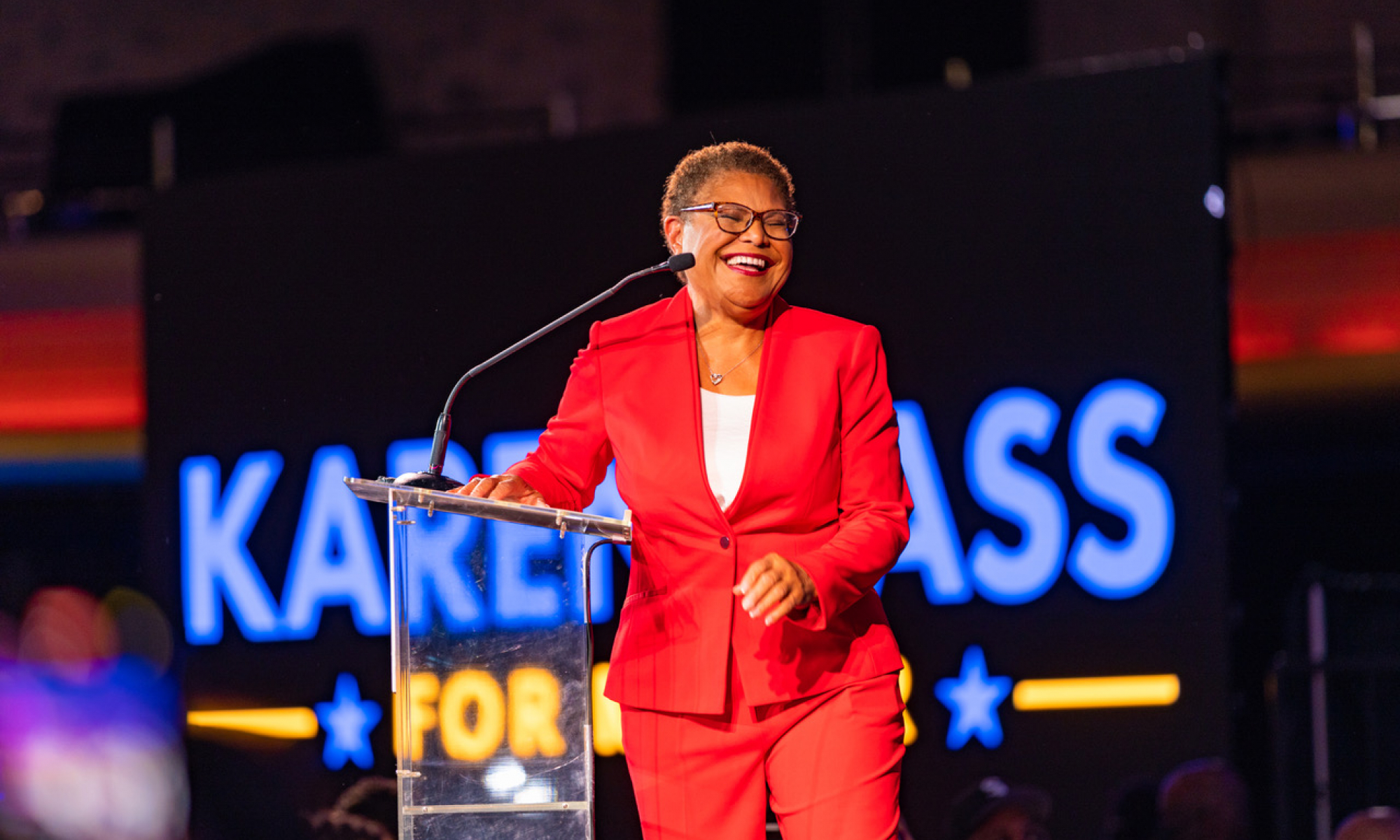 “This is my home, and with my whole heart, I'm ready to serve, and my pledge to you is that we will hit the ground running on Day One,” Los Angeles Mayor-elect, Rep. Karen Bass pledged Nov. 16 after the Associated Press (AP) declared her the projected winner in a tight race for the top job in California’s largest city.

Bass, who has represented the 37th Congressional District of California for 11 years, will be the first woman to lead Los Angeles when she is sworn in on Dec. 12, 2022. She will also be the second Black Angelino to hold the office in a city where 8.8% of residents are Black, according to the U.S. Census.

Before Bass was elected to Congress in 2010, she previously served as a member of the California State Assembly representing the 47th district from 2004 to 2010. From 2008 to 2010 she was the first Black woman to be Assembly speaker.

In the U.S Congress Bass represented West Los Angeles and from 2019 to 2021 served as Chair of the Congressional Black Caucus.

A former Republican turned Democrat, businessman Rick Caruso conceded that Bass had won the election Wednesday evening, just over a week after the polls closed in the deadlocked race that election watchers said until this week had no apparent winner until now.

Caruso told his supporters in a letter “the campaign has been one of the most rewarding experiences of my life. I am so proud of my campaign. We held true to the core values of our family - integrity, honesty, and respect for all.”

A Billionaire real estate developer, Caruso owns residential and retail properties around southern California, including The Grove at Farmers Market in Los Angeles, Americana at Brand in Glendale, and the Commons at Calabasas.

The vote was virtually tied on election day, but each subsequent update to the tally extended the lead for Bass. The counting will continue until every ballot is accounted for, but according to the AP she has accrued an insurmountable lead.

Almost 75% of voters in LA County voted by mail in this election, contributing to some of the delay in announcing a winner. 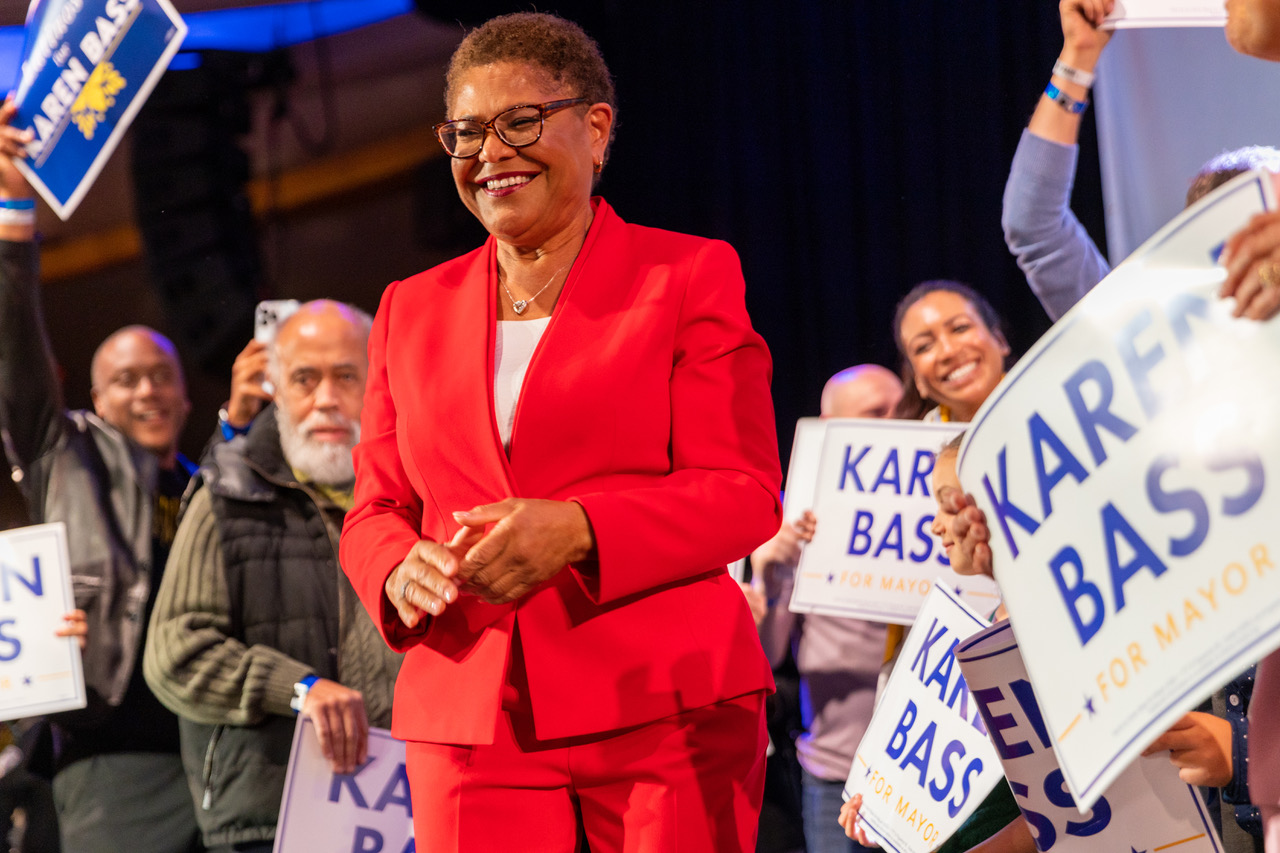 According to California state law, each mail-in ballot must have its signature verified before it can be counted, and ballots are received for 7 days after the election, so long as they are postmarked by election day.

Caruso himself contributed almost $98 million to his own campaign, which he spent primarily on advertising.

Vastly outspent from the start of her candidacy, Bass also won the June 7th primary election.

Kellie Todd Griffin, Convening Founder of the California Black Women's Collective – a collective of hundreds of Black women from various professional backgrounds across the state – referenced Bass background as a strong and respected voice for Los Angeles’ African American community.

"This is a victory that we are all vested in because it represents the power of what we can do through community organizing and collaboration,” Griffin said. "Mayor-Elect Bass is the change we need right now to ensure today's most pressing issues will be addressed in a way that doesn’t leave us behind. We are proud because this a victory for Black Women and our community."

Bass is well known across Los Angeles for building cross cultural, multiracial coalitions of people and being able to rally them around causes. During the crack epidemic of the 1980s, she was a physician’s assistant and a clinical instructor at the Keck School of Medicine of USC Physician Assistant Program who became a leading voice for victims affected by the highly addictive substance derived from cocaine.

Bass promised that her administration will be inclusive and “will bring everyone to the table.

“The challenges we face affect us all, and all of us must be a part of our solutions,” she said in a prepared statement. “Los Angeles is the greatest city on earth. I know, if we come together, hold each other accountable, and focus on the best of who we are and what we can achieve, we can create better neighborhoods today and a better future for our children.”