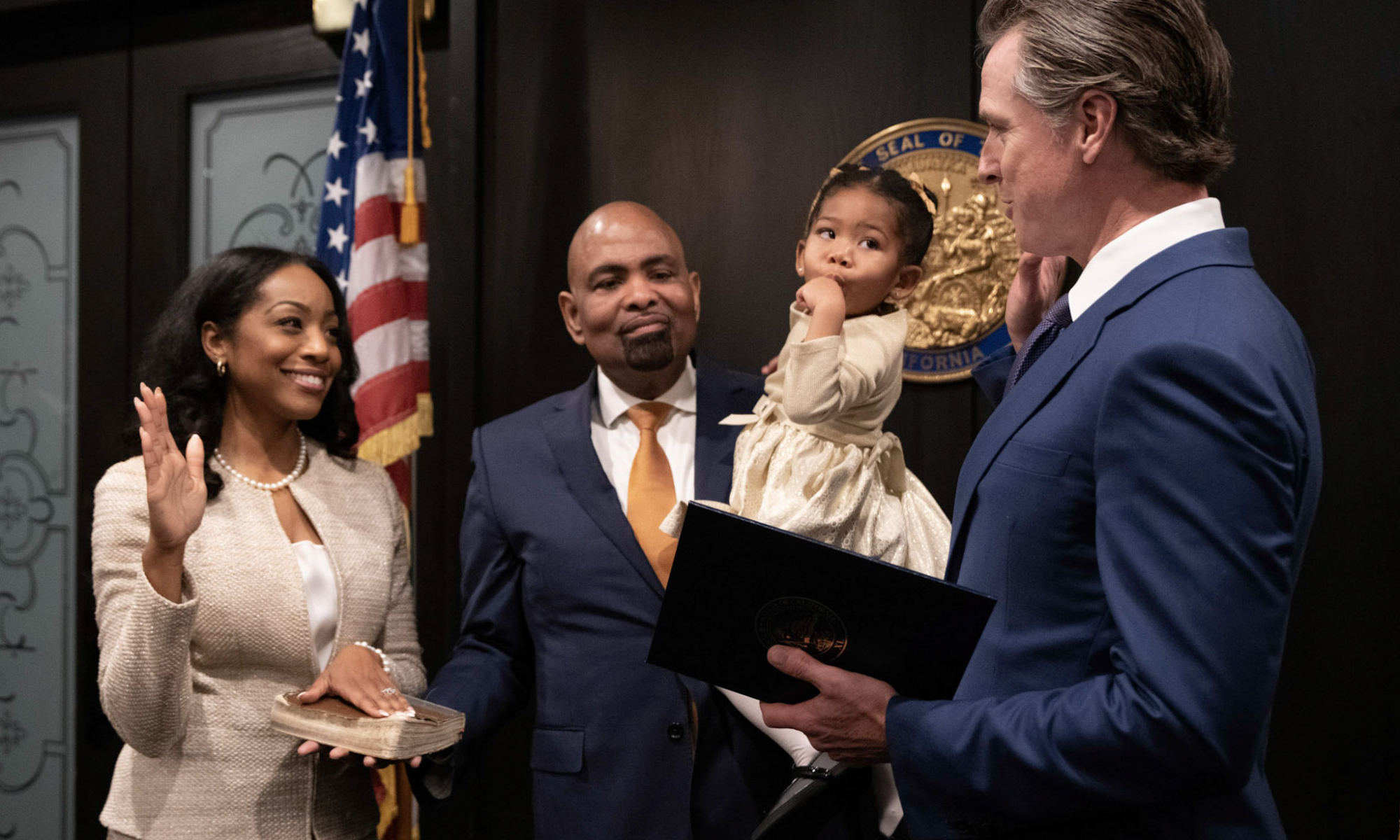 On Monday, Jan. 2, the oath of office was administered by Gov. Gavin Newsom. “I am proud and honored to serve as California’s state controller,” said Cohen. “The work to create a more equitable California has already begun. I look forward to ensuring fiscal accountability, with an eye toward transparency and innovation.”

On Friday Jan. 6, Cohen was given the oath of office by San Francisco Mayor London Breed with her husband Warren Pulley by her side.

The community event was held at St. Paul Missionary Baptist Church in Sacramento.

“I am proud and honored to serve as California’s State Controller,” Cohen said. “The work to create a more equitable California has already begun. I look forward to ensuring fiscal accountability, with an eye toward transparency and innovation.”

“Congratulations @MaliaCohen. As California’s first Black state controller, Malia has made history and continues to break barriers while helping build long-term equity throughout our communities. I’m confident she will continue fighting for the rights of all Californians,” Breed stated in a Jan. 6 post on her Twitter page

“I am excited to get to work on creating a more equitable California as your next Controller,” Cohen tweeted Jan. 6.

Cohen was elected to the California Board of Equalization (BOE) in November 2018 and was named chairperson in 2019 and 2022. As Controller, Cohen continues to serve the Board as the BOE’s fifth voting member.

Cohen was born and raised in San Francisco. Her political journey, she says lightheartedly, began when she was elected class president of San Francisco’s Lowell High School, the oldest public high school on the West Coast. She has a bachelor’s degree in Political Science from Fisk University, a Historically Black College and University (HBCU), and a master’s degree in Public Policy and Management from Carnegie Mellon University.

She and her husband reside in San Francisco along with their daughter.

As the chief fiscal officer of California, Cohen is responsible for accountability and disbursement of the state’s financial resources. The controller also has independent auditing authority over government agencies that spend state funds.

Cohen’s duties include being a member of numerous financing authorities, and fiscal and financial oversight entities including the Franchise Tax Board. She also serves on the boards for the nation’s two largest public pension funds. 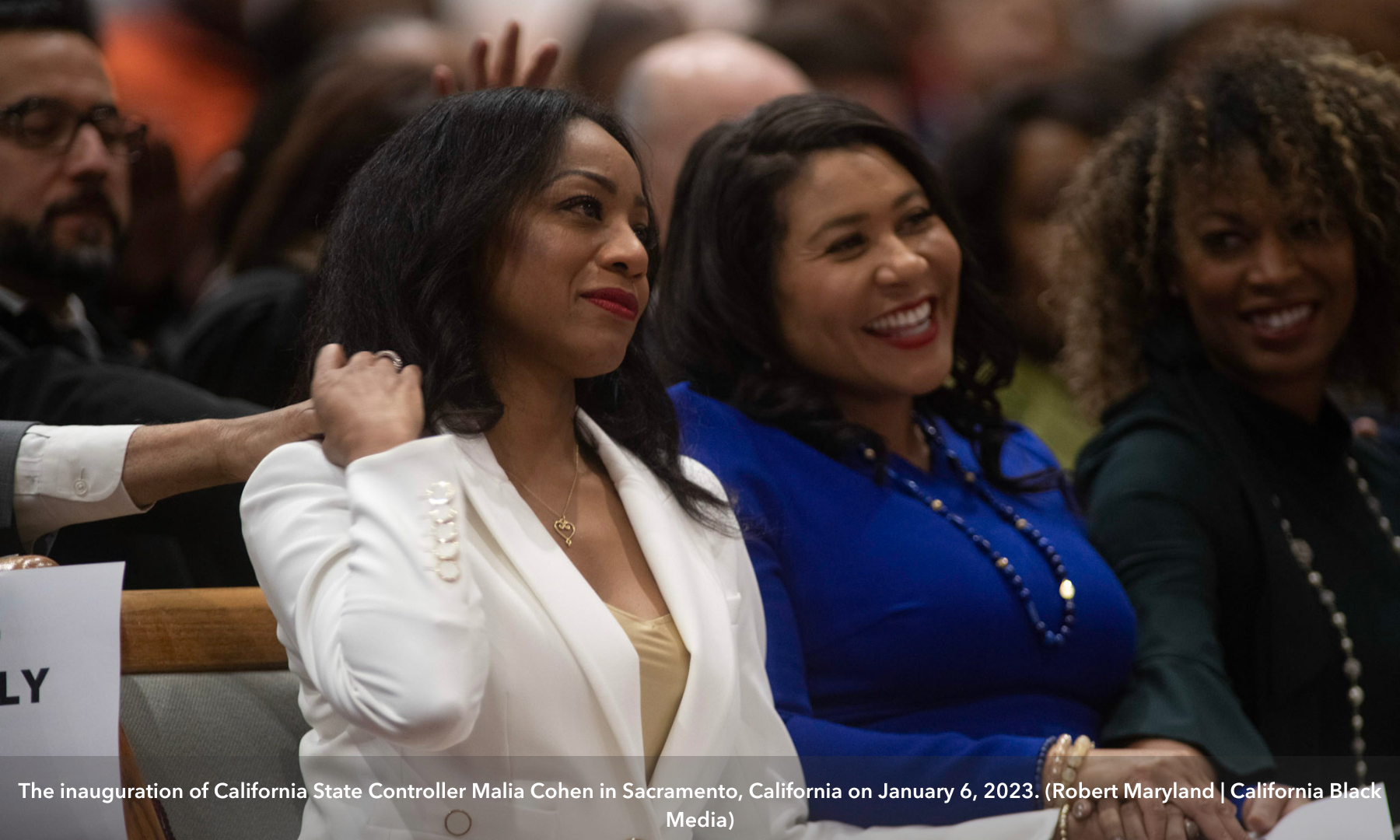 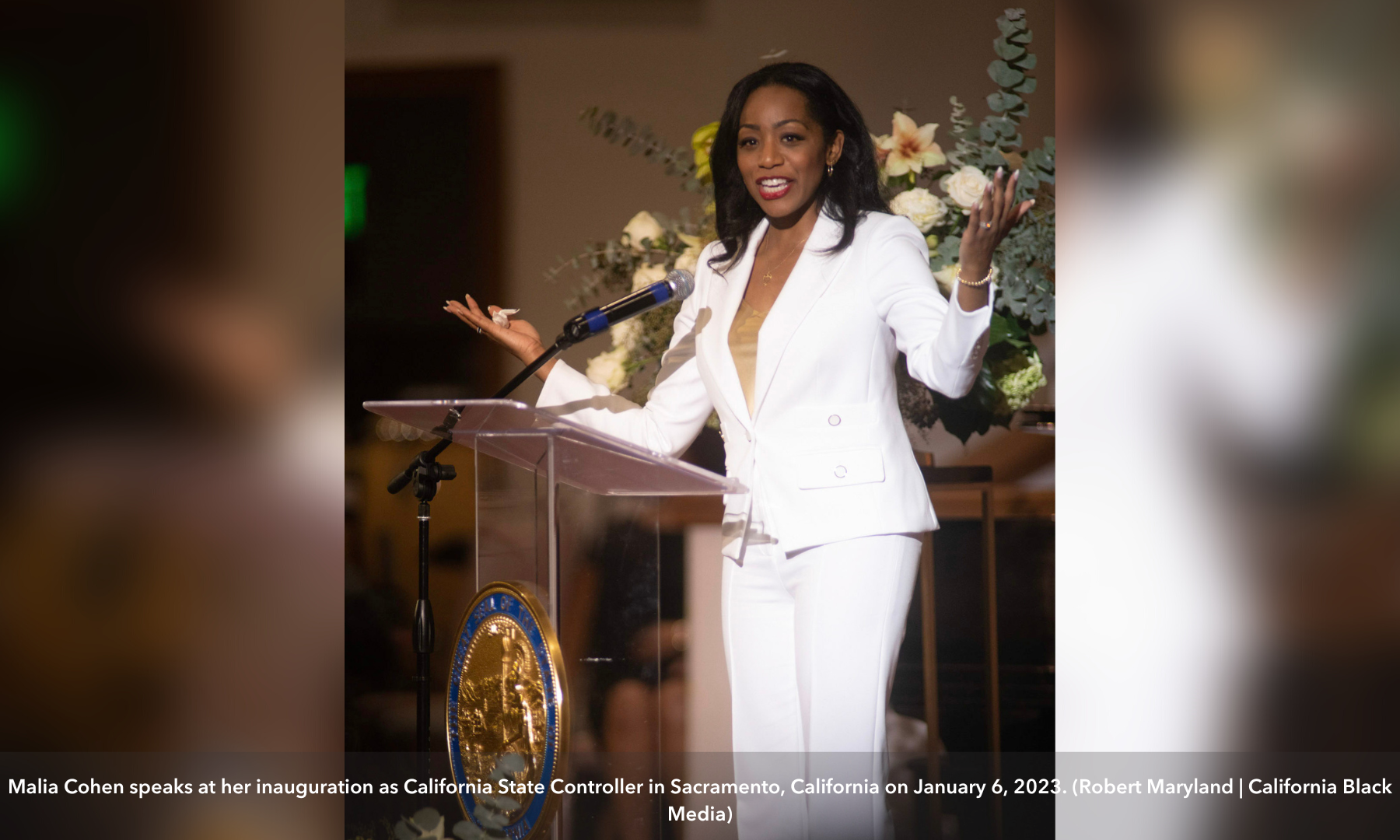 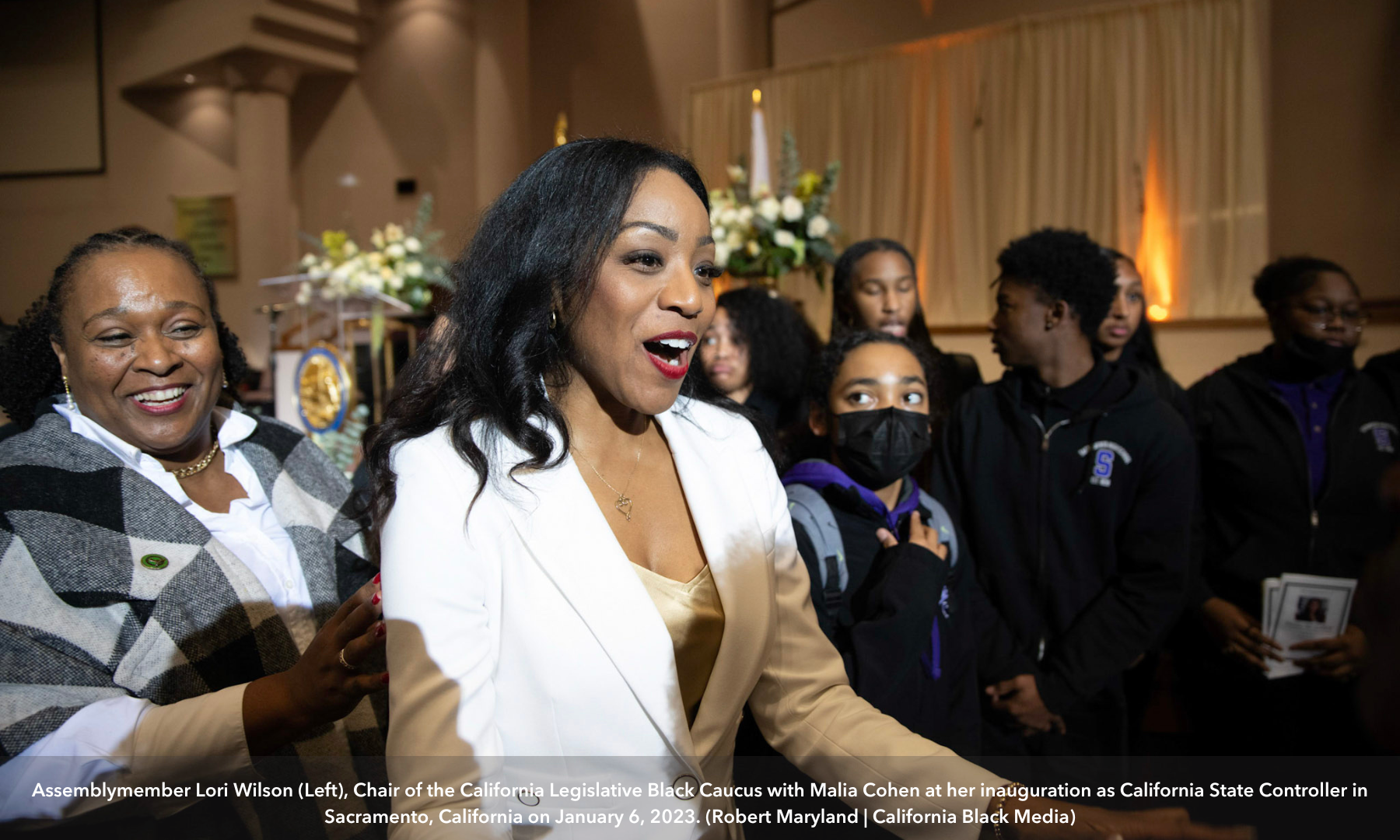 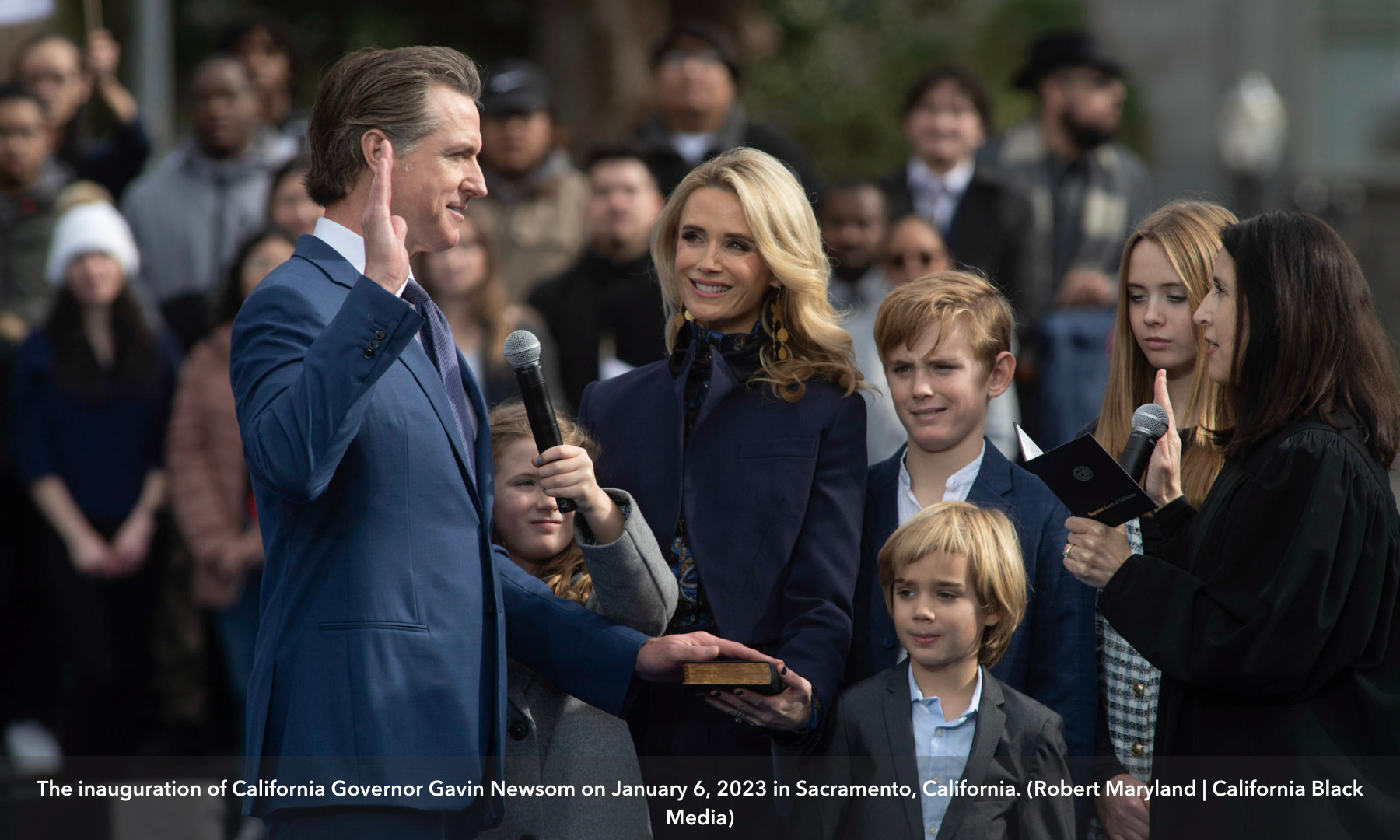 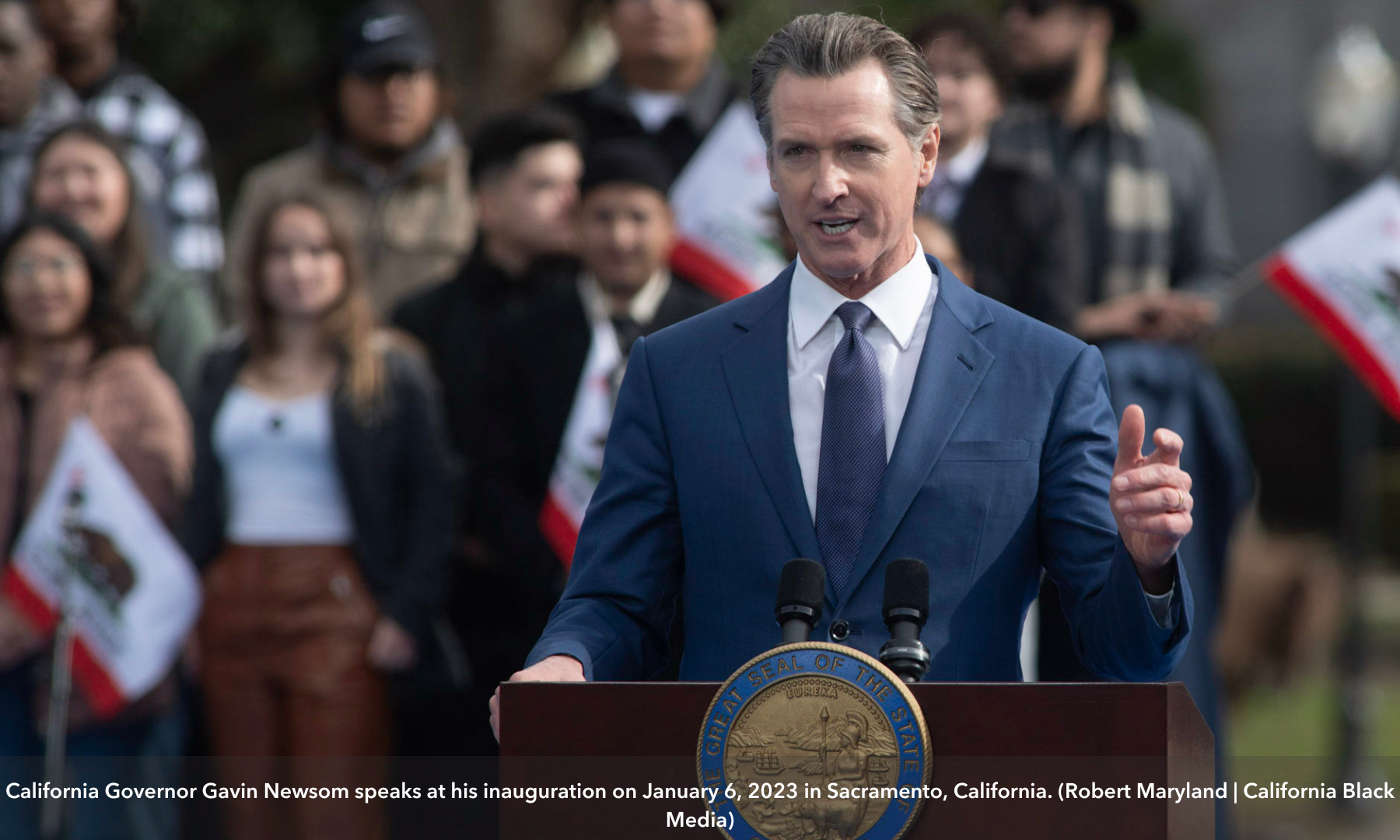 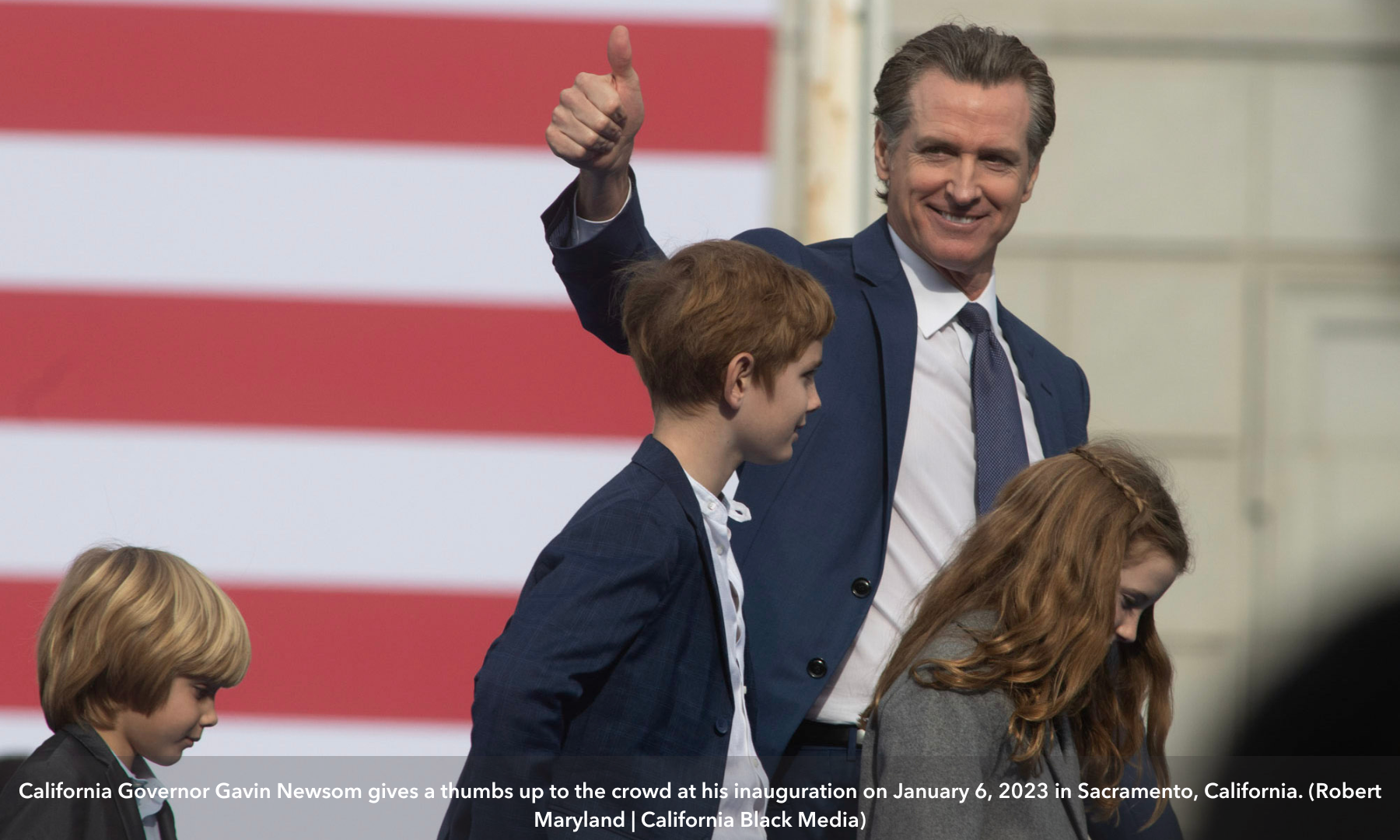 Cohen’s swearing-in was held on the second anniversary of the attack on the U.S. Capitol. The day was packed with political activities in Sacramento and shadowed by references to the infamous Capitol insurrection in Washington that shocked people across the country and around the world.

That day, Gov. Newsom was sworn in to a second term. Rob Bonta was also sworn-in for the first time as the state’s Attorney General. He was appointed to the position by Newsom in March 2021.

Before Newsom’s outdoor ceremony, the Governor, his wife, and four children led a march from West Sacramento, across the Tower Bridge, to the Capitol. During the Governor’s address on the steps of the Capitol, he shared his feelings about the attack on the U.S. Capitol two years ago while addressing some of the state’s most pressing issues.

“Our politics doesn’t always reward taking on the hardest problems. The results of our work may not be evident for a long time. But that cannot be our concern,” Newsom said. “We will prepare for uncertain times ahead. We will be prudent stewards of taxpayer dollars, pay down debt, and meet our future obligations. And we will build and safeguard the largest fiscal reserve of any state in American history.”