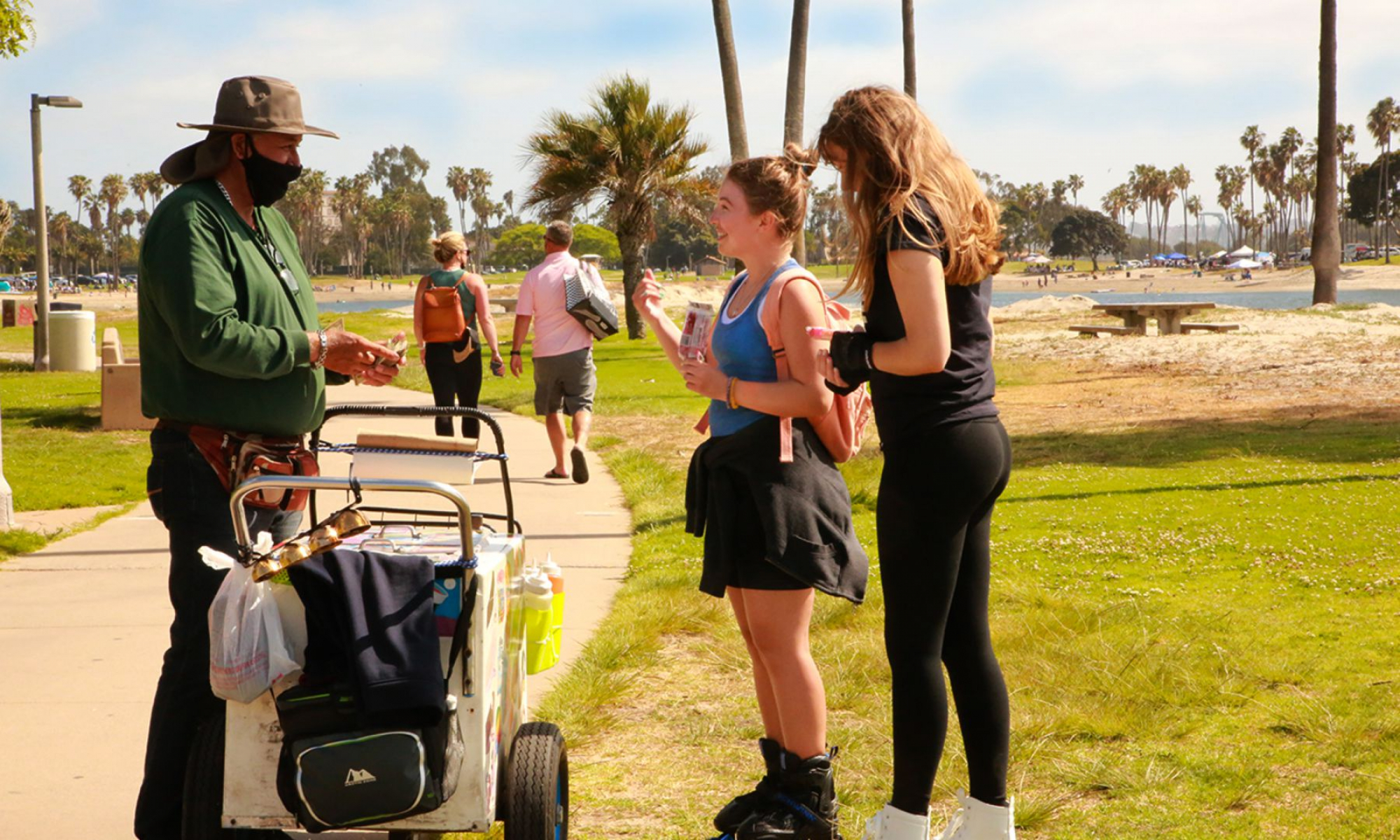 By
Kamea Taylor Heritage Suite 2021-07-01 Hits: 81
STORY & PHOTOGRAPHY BY MONICA BELANDRES-ROOT
Fruit carts are available on many street corners in Southern California. There's nothing more refreshing than cold, sweet, fresh fruit, especially during the summer months. At least, I thought so until a friend forced me to add fresh lime juice and Tajin (chili lime seasoning) to my fruit. I couldn't believe my tastebuds; the combination is amazing! I just never understood why people would ruin the sweet flavor of the fruit, but the fusion of spices brought all the flavors together in a way I never imagined. Tajin is now a staple in our home.

It all began in a little town in Mexico. In my research, it seems the first Paleteria appeared in the 1940s in Tocumbo, a booming sugarcane state in Michoacan, Mexico. The refreshing fruit paletas from Tocumbo were very popular, and it was not long before families throughout Mexico opened Paleterias across the country. The paleta made its way to the United States about 40 years ago. A paletero (roughly translates to "ice cream man"). Many paleteros are now commonly found in American cities with significant Mexican populations.

I was lucky to interview Mr. Tavrino Ibarra. He has been in San Diego for a year, walking seven hours a day and an average of 13 miles. He says most of his customers are Hispanic. Many paleteros are now commonly found in American cities with significant Mexican populations. On this day, I caught Skyler and Patty choosing a paleta as they cruised the San Diego Bay. Skyler said she enjoyed the distinct flavors and tried the hibiscus. This was Patty's first time, and she chose mango and said she would definitely try another flavor in the future.
Elotes

I saw Mr. Lopez on another visit to Mission Bay. He said he was busier on this day.

Did someone say warm buttery corn? Alberto Lopez has leased his elote (corn) and tamale cart for two years, and his primary location is at Mission Bay in San Diego, CA. He walks along the paths with his megaphone on a loop, calling out, Elotes, Tamales!. Hot spicy tamales and corn with or without the melted butter. Mr. Lopez also sells duros de harina (crunchy wheat chips) doused in lemon juice and hot sauce. This is a very popular snack originating in Mexico.

Unconventional - Behind The Scenes with Denise Khumalo

Be Free, Be Fly, Time to Step Out and Shine: A Pandemic Makeover