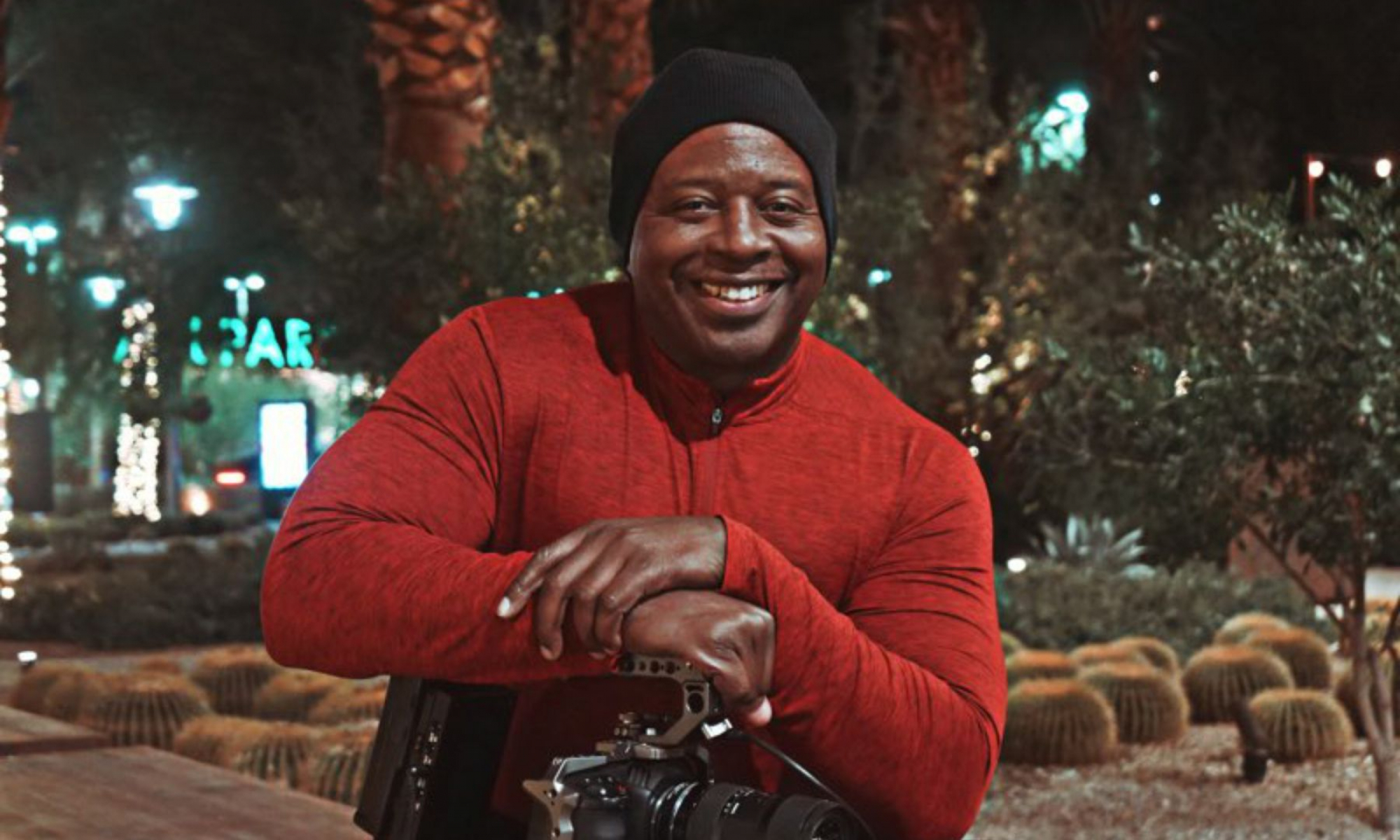 On my journey as a sports media journalist and commentator, I've always loved learning more about the people I share the journey with, especially those who spend most of their time behind the camera, as they usually never want any attention at all. In this issue, celebrating legacies as well as “Suite Innovations,” I'd like to introduce you to Director Julian Wilson. To do that appropriately, I need to explain his innovative spirit.

Born in Inglewood, he learned early to chart a path that would be hard to follow as his love for his community instilled the values of giving back while helping build a passion for education, arts, and athletics. He started his collegiate experience at Fresno State University, desiring to be a police officer.

While at Fresno State, their football team went 11-0-1 and became one of the only undefeated teams in school history. Though football was the traditional route for many who come from his background, his true vision was to make sure he graduated from college. The goal of becoming a law enforcement officer would eventually come true after accepting his first assignment with the Bakersfield Police Department.

"I always looked at the Tuskegee Airman as a story of royalty.”

Unfortunately, the life of a police officer wasn't what he thought it would be, and an art degree would pay off big as he transitioned to life as a runner and production assistant behind the scenes in his old stomping grounds of Los Angeles. He eventually would strike off on his own to start Silver Titan Productions, and his mission of giving back would take on a whole new meaning.

Years later, Mr. Wilson would find himself on an assignment at Indiana University covering the world-renowned Jacob School of Music and the founder of the Latin American Music Center–a prestigious accomplishment for any lover of the fine arts.

But it was during a break while walking through a local mall where he would encounter a gentleman wearing a hat boasting of multiple wars where his journey for giving back to heroes began.

A story called “An American Hero” is what he would produce and direct for that man that started a series of projects which led to one of his most prized missions and now counting down the days to the premiere of “Kings of Freedom: A Tuskegee Airman Story,” which will debut at Florida A&M University in spring of 2022.

When asked where the title originated, Julian stated that he “always looked at the Tuskegee Airman as a story of royalty” as they were indoctrinated to be an example of change for the world. The members of the 332nd fighter group did their part in doing precisely that, escorting American bombers as they flew over Italy in P-47 and P-51 fighter jets during WWII with 19-year-old Colonel George Hardy, who was a lieutenant at the time and part of the 99th fighter squadron. During his escorts, he was part of 21 combat missions and didn't lose a single bomber.

Now 97, Colonel Hardy spent countless hours sharing his stories of triumph with Mr. Wilson. Through those moments, Julian acknowledged the need to make sure that their life and contributions to our livelihood never go unnoticed as he uses his platform to educate while shining a light on some of our forgotten heroes. In addition to Colonel Hardy's service in WWII, he flew 45 combat missions in the Korean war and over 70 in Vietnam. In Julian's own words, “any human being that has flown over 136 combat missions and is still alive to tell the tale deserves all the attention, praise, and glory that they can get, and this is what true royalty looks like.”

Who would I be, to disagree? Now imagine learning about all this coming to fruition during a football broadcasting timeout as this is exactly how I learned of just one of the many great things Wilson has ready to present to the world. I'll always be amazed to learn how some of the humblest people contribute to the social makeup of our society while making sure to recognize those who have been forgotten.

To use your platform to highlight the accomplishments of others is a great sacrifice. To keep legacies alive of those who sacrificed more than you could ever imagine is God-like. To be part of a story that has inspired millions and saved lives over several continents, all while people assumed you weren't capable of contributing, is the icing on the cake. To Mr. Julian Wilson, Colonel George Hardy, and the Tuskegee Airman, we here at Suite Life SoCal are honored to share your path and salute you and the Kings of Freedom for all you've done and continue to do to inspire innovation!

You can reach Mr. Wilson at This email address is being protected from spambots. You need JavaScript enabled to view it.