Charles Bibbs: 'Keeper of the Culture' 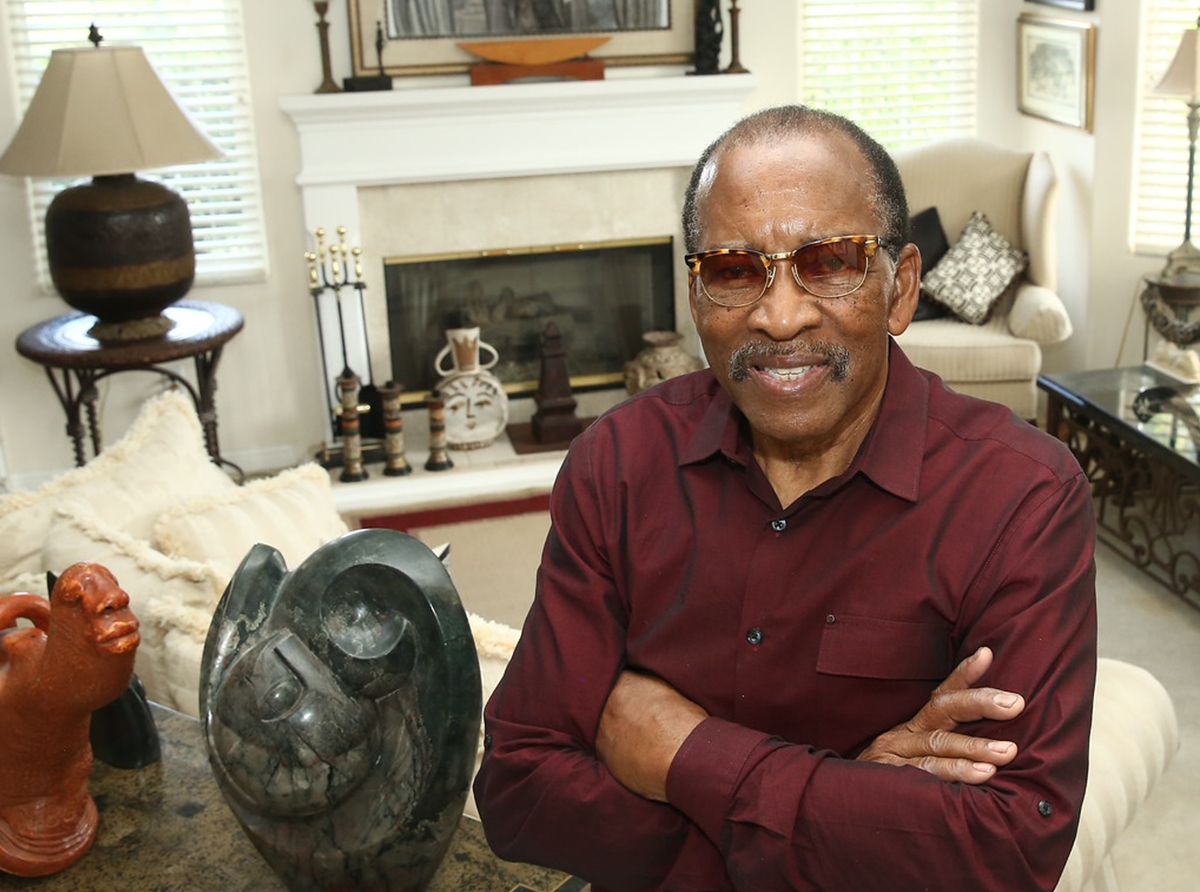 What was scheduled as a one-hour interview ended up being a two-hour and forty-five-minute soul-stirring history lesson that will be with me always? Every wall was eloquently outfitted in pieces of art from artists around the world. Every word was passionately spoken. And every moment was a refreshing reminder that Black people are indefinably brilliant and unambiguously fascinating.

At the secure age of 71, Charles Bibbs is an invaluable gift to the art world and humanity. He is world-renowned, but his feet are firmly planted. He is as clear as he has ever been about his calling as an artist. Mentoring, teaching, strategically placing art studios throughout California, curating art shows that feature artists across the artistic spectrum, founding a magazine, reproducing his paintings in a way that they are affordable to the everyday consumer, and philanthropically putting his money where it can serve others are just some of the ways Bibbs has answered the call to be a “Keeper of the Culture,” a self-proclaimed title inspired by one of his paintings called "Keeper".

While the expansion of art and the development of artists is indeed Bibbs’s life’s work – make no mistake – at the core of this work is the illumination of Blackness. For Bibbs, this work is personal, and it takes him to tell us why: “I grew up with a negative impact about myself. Everything I saw or was told about being Black was negative. Nothing was positive,” recalls Bibbs. “Then the 70s came, and we had Good Times. Then the 80s came, and we had The Cosby Show. These shows had Black people in them, but they also were the first shows on television to showcase Black art in Black people’s homes. That was powerful because images have a profound impact on the brain.” It turns out many shared Bibb’s conviction. It turns out that showcasing Black art on Good Times and The Cosby Show invoked an art revolution. It turns out that more Black art in homes was as much of an economic opportunity as it was a revival of positive self-image. We know this because Good Times and The Cosby Show’s art revolution resulted in over 3,500 art dealers creating a $5 billion-dollar sales market.

Prior to this, no one thought it mattered to Black people to see themselves. No one thought Black art was worth investing in. On many levels, Black art and artists were underestimated. It takes Bibbs to remind us that the very idea that drawing was seen merely as something to do rather than as real talent. This dates all the way back to the days when slaves painted drawings of their masters and has been a thing to overcome for some of the best artists in the business. In fact, it took entering and winning a National Drawing Contest in the third grade for Bibbs to own his gift.

Following the contest, and later in life, Bibbs reflects upon two moments that served as defining moments for him. The first was the day his father saw him moping around the house and says to him, “Do something with yourself. Paint the house.” Stunned by the request, Bibbs told his mother and she took him to the store to purchase the paint of which he then used to paint the entire outside of the house black. Curious as to what his father would think, Bibbs stationed himself at the front window to see his father’s reaction once he arrived home. Because his father did not specify a color, he was shocked to see black but was not upset. Two weeks passed, and after hearing all of the complaints he could take, the house was repainted to a traditional pale yellowish color. Watching people’s reactions captivated Bibbs.

The second defining moment was the day he showed up at church wearing an untraditional yellow sports coat, a red polka dot tie, and a black shirt. Heads turned as his then pastor, Rev. W. J. English, said over the pulpit, “Watch out for Brother Charles!” Although he did not know in what context his pastor meant, he did not perceive the comment as a bad. It was these two moments that caused Bibbs to say to himself, “To be creative is to be noticed.” This discovery initially inspired Charles creatively and ultimately emboldened him culturally—to that end, more than anything what he wants us to notice in his work is ourselves.

And so, whether talking about his Pillow Talk piece, which was inspired by their only child, Chuckie, coming into the bedroom as a toddler, climbing between he and his wife, Elaine, and talking about everything on his mind; or his Wings of Life II piece, which speaks to the freedom and independence of women; or his Bagman Collection, which highlights the varying facets of a men as they move through life, heritage is intrinsically woven into the thousands of pieces Charles Bibbs has drawn.

Speaking of heritage, seeing our rich heritage in the works of younger artists who are as passionate about expressing their souls through visual art as he is, inspires Bibbs. A few of his favorites are: Nigerian-American artist, Kehinde Wiley who is known for having painted President Barack Obama’s portrait in February 2018; Los Angeles artist, Mark Bradford who is known for his abstract painting; and Haitian/Puerto Rican artist, Jean-Michel Basquiat who is known for setting a record for the highest price an American art piece sold at an auction: $110.5 million.

To today, Bibbs celebrates his incredibly supportive wife of 51 years and his talented son, 47. Both have worked tirelessly by his side to attain the success that the world has affectionately come to associate with the name -- Charles Bibbs.

With a “20/20 vision” to be more visible, they are preparing for the Legends of Myths & Spirits Art Show, appearing as a Division Marshal in the Riverside Black History Parade & Car Show, and his annual Black History Month Exposition at San Bernardino County Museum. Bibbs will also be featured in an upcoming documentary by Nationally Acclaimed Baltimore Artist, Larry Poncho Brown.

To view Bibbs’ current and earlier collections, visit his online studio at cbibbs.com.

Nefertiti Mitchell: Ghettoff Boutique Owner is Passionate about Erasing the Stigma on Intimacy

Malina Moye: The Woman, The Gift, Her Story