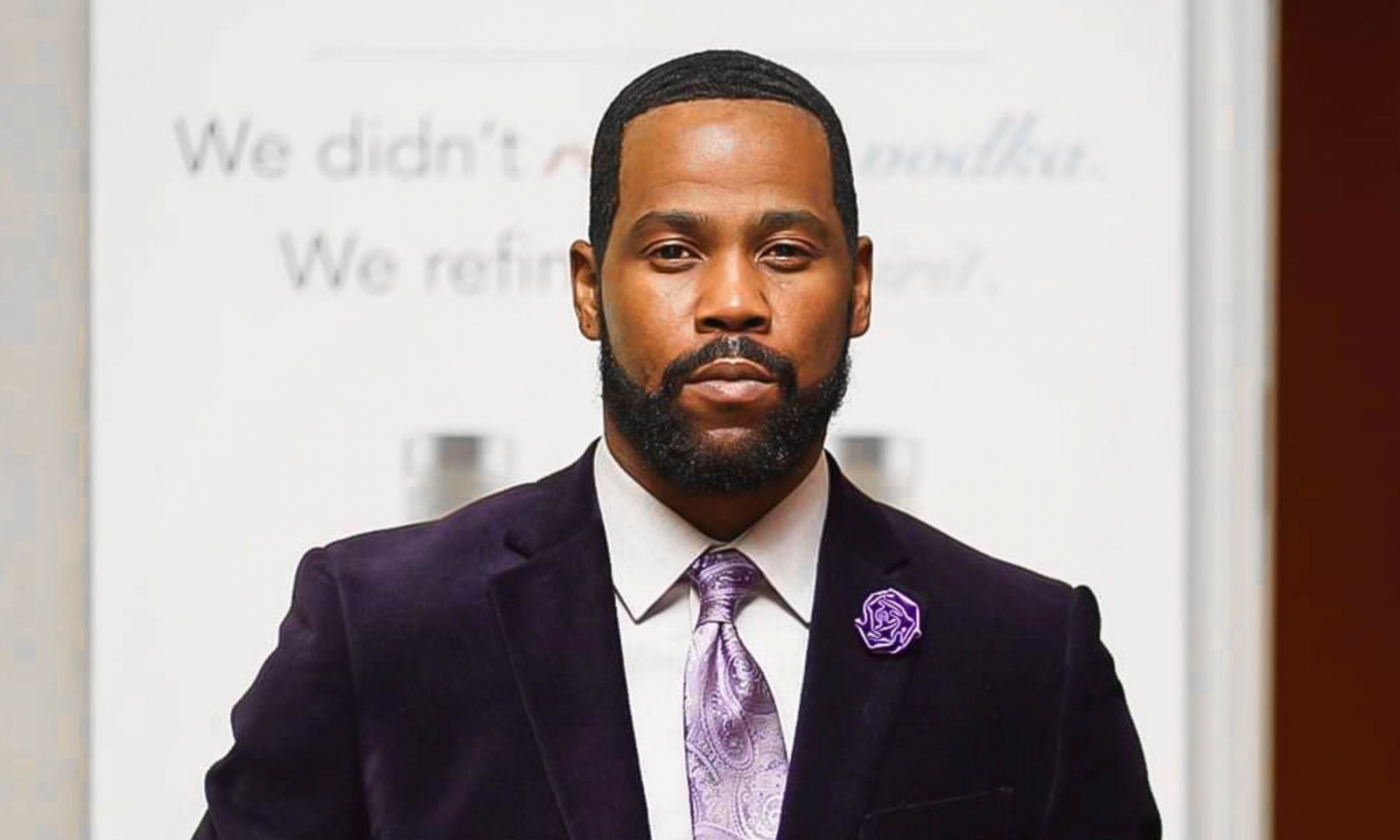 When most people ask Ken Calvin what he does, he usually chuckles and asks them how much time they have.

Calvin has done it all, from professional football and working in sports media broadcasting to social work with 20 years of experience under his belt. He's worked a lifetime worth of jobs, and as of now, there's no stopping anytime soon.

His work as a youth center administrator in Bakersfield, CA, and CEO of Universal Network International Family of Youth LLC (U.N.I.F.Y.), a sports, music, and film development company, couldn't sound any more polarizing, and yet, at its root, all of his business ventures serve as a catalyst to bettering his community.

As a mentor to teens in his hometown of Bakersfield, Calvin has used every facet of his life and career to give back to the place that raised him. “It's just a collective effort of positive energy and taking everything that [my] community hands me and using it to inspire youth to do the same things."

Calvin said that a common saying growing up was, "We get it out the soil," a testament to not only the thriving agricultural background of the city, but also the mentality of those who live there too. While Calvin mentioned the unfavorable stigmas surrounding Bakersfield, commonly characterized as rural and crime-ridden, he noted that those attributes pushed residents to make the most of their lives. To many, including Calvin, sports became a safe haven.

“One of my favorite sayings is, ‘every day you wake up, [you have] got to prove the world wrong’...It's up to us to wake up every day, knowing that you have the ability to defy every non-believer that you come across.”

For Calvin, his passion for football led him to the NFL, but as soon as the door opened, it quickly closed. Due to an injury in his senior year of college, Calvin was forced to sit out his rookie year, missing his chance at his dream, but opening the door to his destiny.

While growing up, once the football season ended for Calvin, he always had another sport in rotation, keeping himself busy with multiple hobbies. This posture allowed him to quickly pivot from professional football to giving back to his community. "One of my favorite sayings is, ‘every day you wake up, [you have] got to prove the world wrong’," Calvin said. "It's up to us to wake up every day, knowing that you have the ability to defy every non-believer that you come across."

With most of Calvin's work requiring a hands-on approach, the impact of COVID-19 has hindered many areas of his professional life. Stay-at-home orders halted campuses across America, which in turn, momentarily stopped school athletics—the subject matter of his biweekly sports report  television show, Renegade Report, viewed on the Bakersfield College website at www.gogades.com.

Those same sports, formerly an escape for the children Calvin mentored, were ripped away from them with no warning, something he shared was "90% of the things that [the kids used] as coping skills." Group outings were difficult, as facilities were closed due to the looming threat of the virus.

"That was probably the most disappointing thing from our mentorship perspective, is the fact that it's going to make our job ten times harder as mentors to get kids to stay motivated, being that there's nothing for them to do."

His company, U.N.I.F.Y., was also at a loss, with one of its main focuses being the entertainment industry. To rectify this, Calvin and his team developed TGX Live, an entertainment streaming platform they have used to offer their participants in U.N.I.F.Y. access to virtual entertainment resources.

According to Calvin, “TGX Live was the first to offer live streaming concerts and featured artist with a [virtual platform].” While Calvin and his team may have led the way it is clear others shared similar visions on how to pivot. "You know, [it was] definitely different," Calvin said. "It wasn't something where you're making a million dollars based on starting it."

This felt especially true once other companies began creating similar platforms. Still, Calvin maintains his "go get 'em" attitude, finding a horizon in the dark sky that came in the coronavirus's wake.

As a territory sales executive for PLUSH Vodka, a Black-owned spirit company founded by Malcolm Hale, Calvin shared that the company has found unexpected success despite the pandemic. Towards the beginning of the stay-at-home orders, the company's main clientele, restaurants, bars, and music events closed, making business nonexistent. As time went on, more people became interested in their product causing sales to consistently increase as more people stayed home.

"So it was kind of a catch 22 and a delicate balance, but ultimately, it's a year that I wouldn't want to experience again based on the uncertainty," Calvin said.

While the chanciness of 2021 is felt worldwide, Calvin expects a stacked future of continuous growth for his endeavors: PLUSH Vodka, soundtrack projects for his collaborative books, "BLACK CYANIDE / white pill" and "Concrete Ghosts" by Greg Hoetker with a forward written by Calvin himself; along with a possible spring football season to report on—a first for many of the student-athletes familiar with its usual fall timing.

For now, Calvin is enjoying spending time with his wife of 12 years, two sons, and a 16-year-old daughter, who has also felt the loss of school sports. Together, Calvin and his daughter have built a stronger relationship through practicing basketball and doing drills with one another, an anomaly with his hectic schedule.