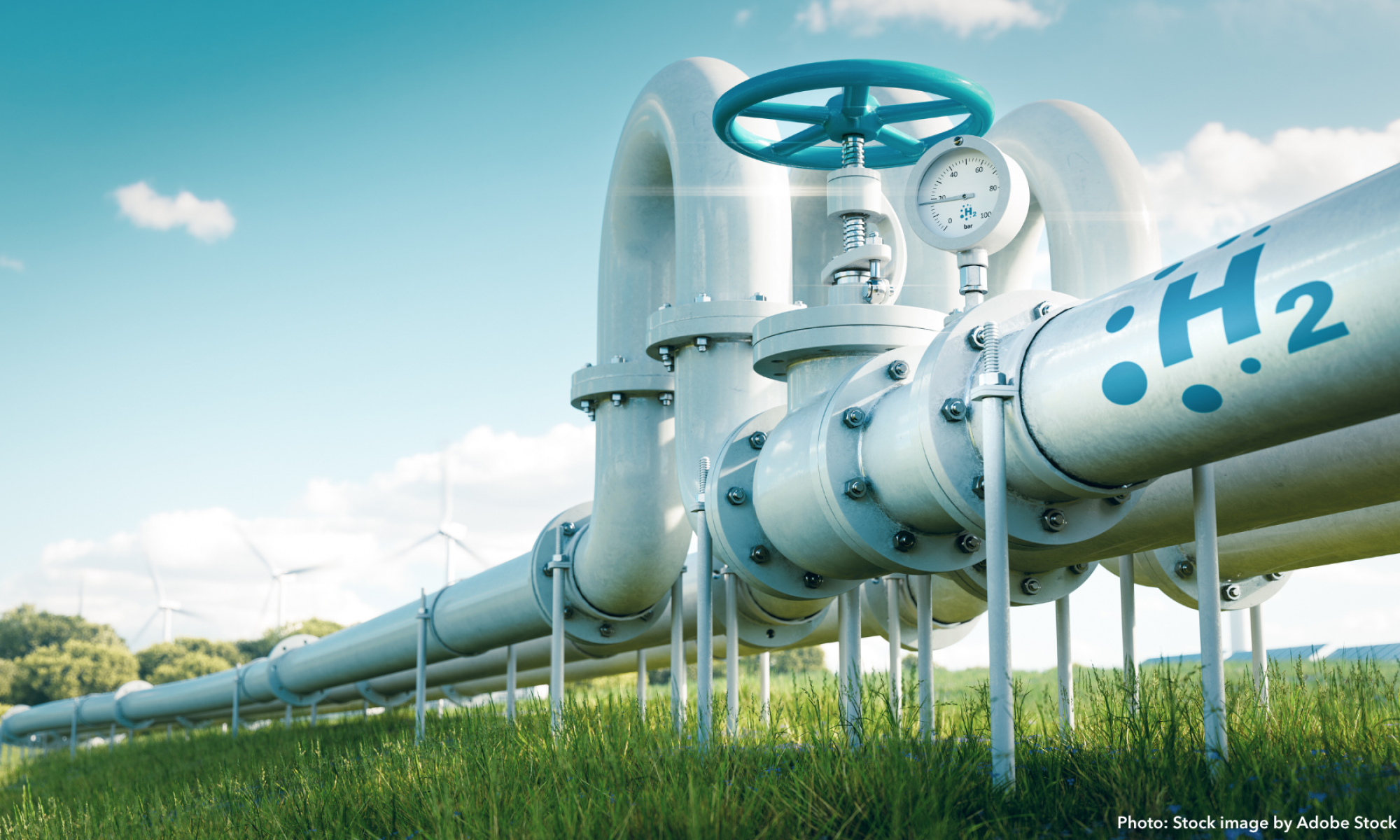 The California Public Utilities Commission (CPUC) on Dec. 16 marked a milestone for the state's 100% clean energy goals when it approved Southern California Gas Co.’s (SoCalGas) request to track costs for the first phase of the Angeles Link project.

Angeles Link is a green hydrogen pipeline system that offers an energy alternative to the Los Angeles region.

Neil Navin, vice president of Clean Energy Innovations for SoCalGas, summarized how the project could help with the state's goals.

"We were really excited to hear that the project is significant in that it aligns with the state," said Navin. "We believe that the project could be the nation's largest green hydrogen pipeline system. Once it's built, delivering significant benefits to decarbonize the hard-to-electrify sectors of the economy."

“Green hydrogen looks promising as a form of long-duration energy storage that could enhance electric system reliability and as a fuel that can help California reach its net zero-carbon goals for industrial end uses that currently have no practical alternatives to the use of natural gas," said Jan Smutny Jones of Independent Energy Producers. “Establishing the memorandum account is a critical first step toward determining whether green hydrogen can supplement or replace natural gas and reduce carbon emissions from end users that are hard to electrify."

The Angeles Link project aims to enable up to four natural gas power plants to run on hydrogen, remove over 3 million cars' worth of nitrogen oxide and carbon dioxide from the air, bolster the economy and create union jobs, according to the SoCal Gas website.

"Green hydrogen is an important pathway to reach our goal of zero-emissions cargo operations at the Port," said Port of Los Angeles Executive Director Gene Seroka. "The Port and our terminal partners have five active hydrogen demonstration projects and, ultimately, Angeles Link can play a key role in providing green hydrogen at the scale needed to achieve our zero-emissions and decarbonization goals by 2030."

The plan for the project is structured into three phases.

Phase one would look at early engineering scoping and would establish a public engagement process. It will take about 12 to 18 months, according to Navin.

Phase two will "expand on the engineering and look at narrowing down the possible locations for the infrastructure," Navin said.

Phase three will involve more detailed engineering planning before applying for a Certificate for Public Convenience and Necessity. This certificate will allow for the construction of the infrastructure.

Describing the state's assistance on this project, Navin said, "Certainly, the governor's budget has dollars specifically directed towards hydrogen technology. We also see in the California Energy Commission and the California Air Resources Board a real emphasis on the potential for green and clean hydrogen to have a significant impact. So, we see the state moving toward – and really emphasizing – the need to develop hydrogen infrastructure for the hard-to-electrify sectors of our economy."

Navin claimed that Angeles Link will have a positive effect on the state's economy.

"And we really believe that Angeles Link could be an economic boom," said Navin. "That extends California's position as a leader in clean energy well into the future, that takes advantage of the thousands of skilled workers that we have in our company, and the more than 32,000 workers that already exist in the gas distribution industry, and it allows them to participate meaningfully in the transition."

“California has some of the boldest climate and clean air goals in the nation. The proposed Angeles Link aligns SoCalGas' scale, 150 years of expertise in service, and our highly skilled workforce with the clean energy and environmental policies that will shape this century," said Drury. "As the CPUC's decision highlights, Angeles Link has the potential to support decarbonization for hard-to-electrify sectors of our economy, improve our air quality, bring new economic opportunities as well as sustain and grow skilled jobs to our region."