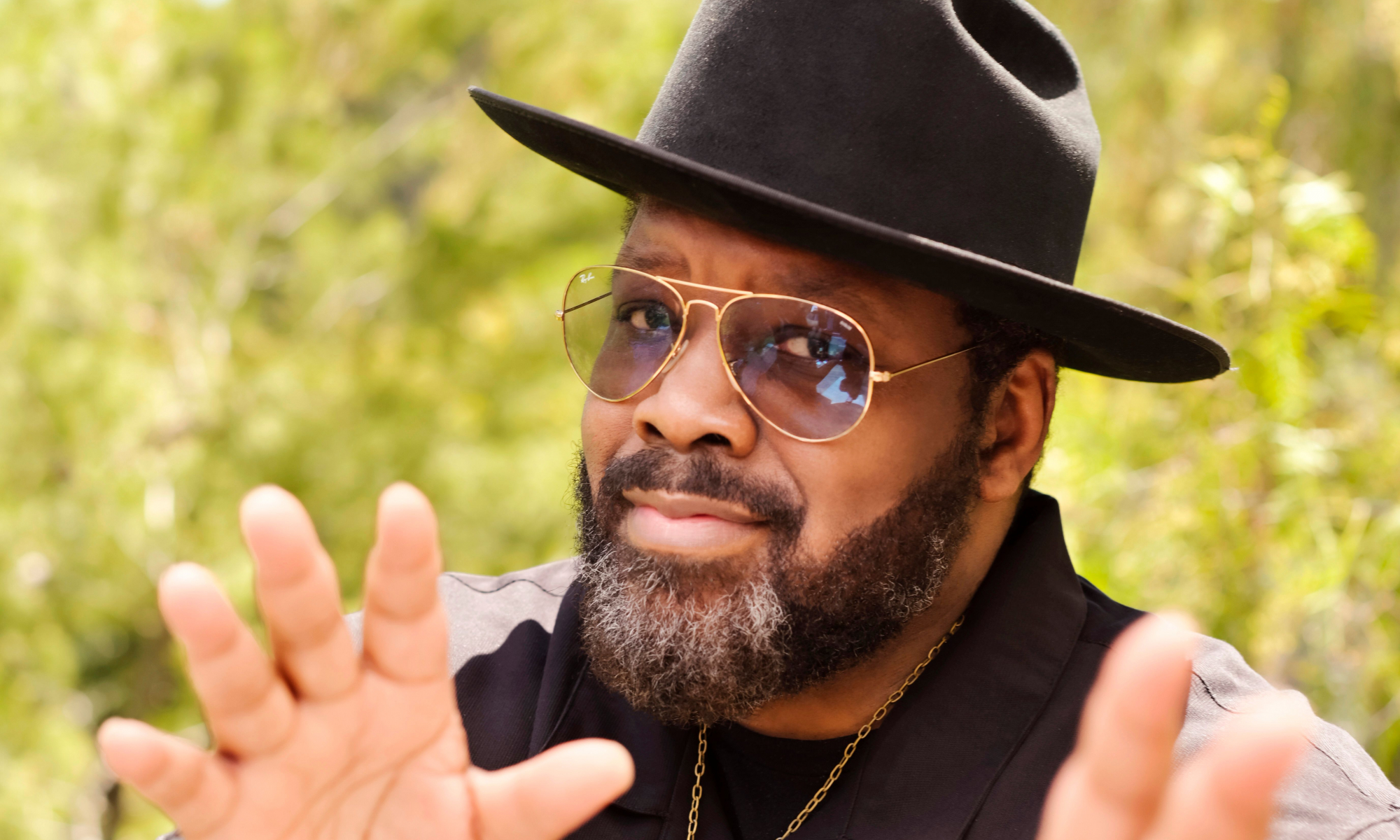 What happens when your dreams become a reality? Looking at Kadeem Hardison's life, I'd say, you'd experience living life out loud. When Suite Life SoCal walked into his carefully positioned home in one of the hillsides of Southern California for our cover photo shoot, it was evident that Hardison is living a life where he fully expresses himself. From the awe-inspiring superhero collection to the music he played to the shoe collection that grows as steadily as his career, Hardison has accomplished what most people rarely seem to find — a complete expression of self.

Before our photo shoot, Suite Life SoCal had the pleasure of interviewing this iconic actor. For many of us, Hardison was not only a memorable actor but one who could be considered a living legend. In catching up with Hardison, we reflected on many things from his past experiences in television and film and some of his current and future ventures. For those of us mostly in the 40-and-over-club, we remember Hardison in his role on A Different World as Dwayne Cleophus Wayne. Hardison played the cool bright college student in this spin-off from The Cosby Show. Hardison made being smart fashionable and inspired many Black males to attend college.

When we asked Hardison how he felt about the positive impact he had on many young people during the show's 6-season run, he humbly replied that he never gets tired of hearing the positive impact he has had on others. Hardison recalled being in a restaurant where the waiter was so starstruck that he almost lost his job until Hardison shared that he was ok with receiving that kind of public admiration. He also shared the joy of having grandmothers, moms, and strangers from all walks of life tell stories of their kids following in his footsteps and how those small gestures of genuine humanity continue to motivate him daily.

Whether it was his iconic style with his classic flip-up glasses and high-top fade, with the rayon shirts and Jordans to match, or the fact that his character was perceived as one of the smartest men on campus with the fabulously gorgeous woman on his arm (Jasmine Guy); Kadeem's role as Dwayne Wayne propelled him to a future that was brighter than some could imagine. 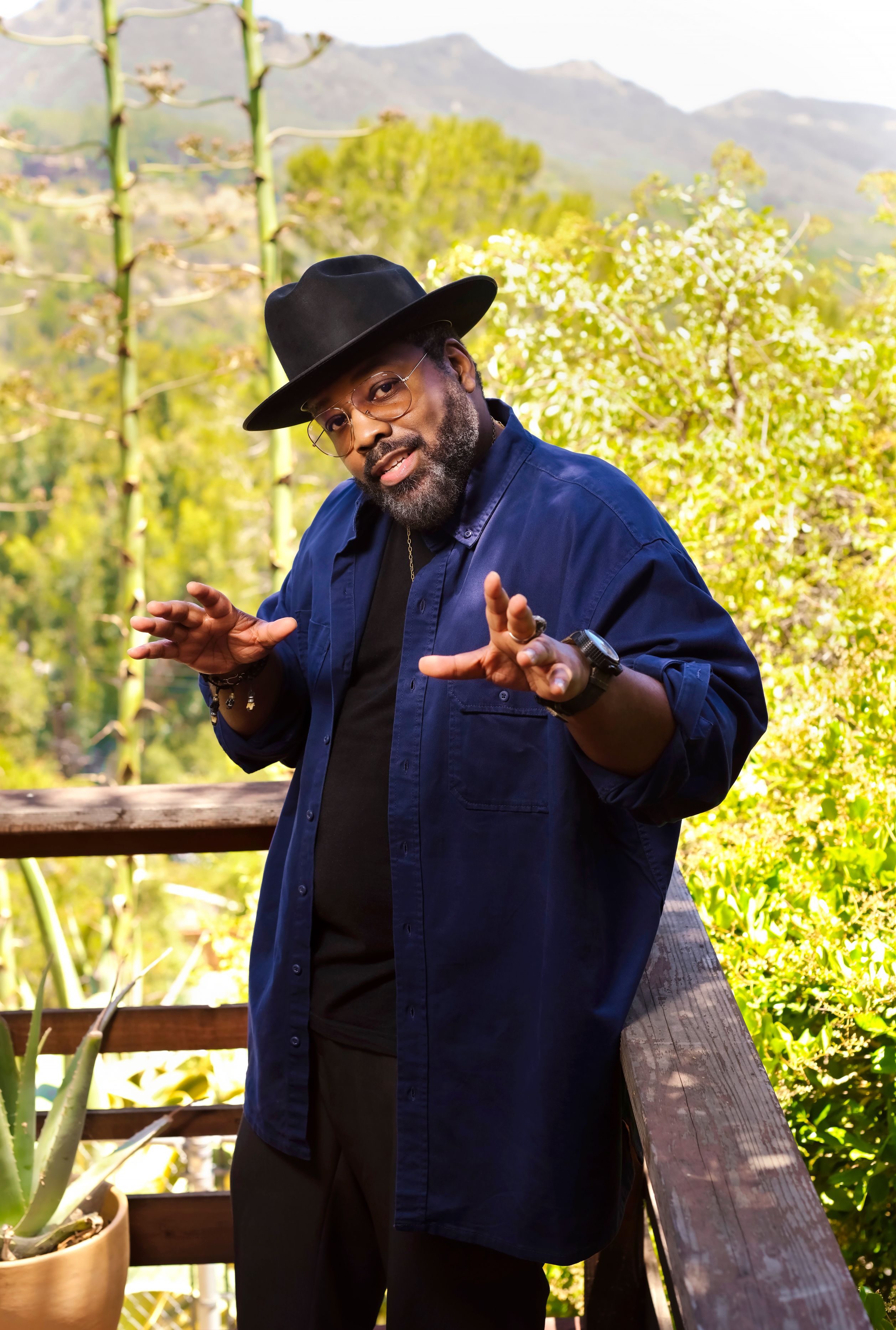 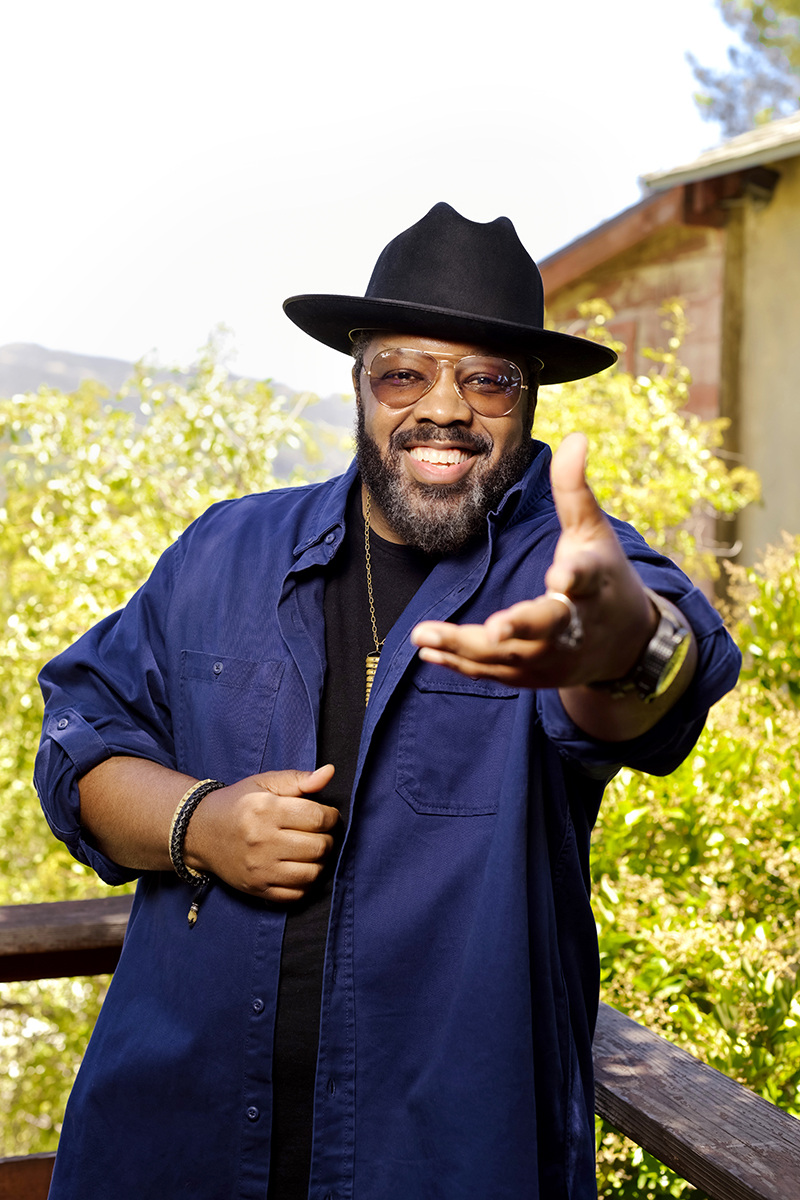 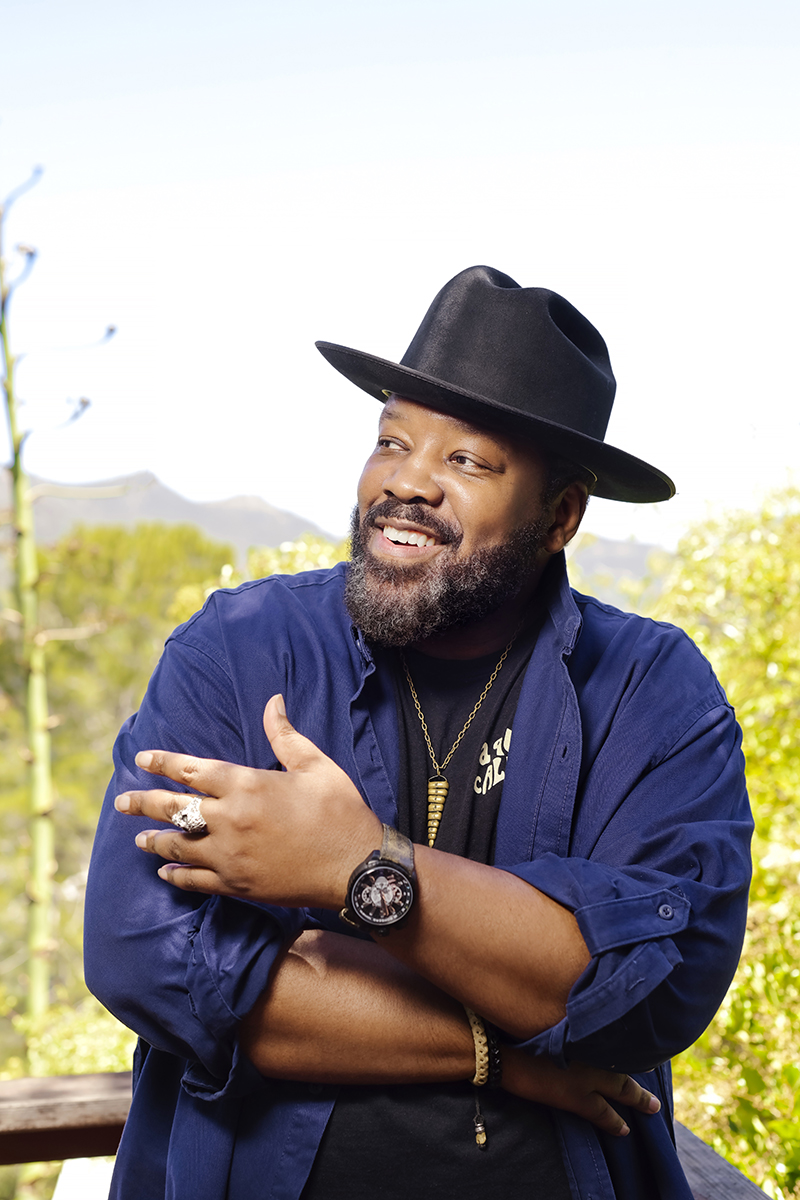 Perhaps Hardison's first regular role was memorable because his acting career was intentional. "I always dreamed of doing what I do," Hardison stated. "We all have the power to visualize and achieve what we want to do as human beings," he added. According to Hardison, this is how he has managed to make a successful life out of the career he loves. While sharing his experience of getting to work with one of his favorite mentors, Eddie Murphy, Hardison stated, "I remember having a dream that I was on the set with Eddie." According to Hardison, within days, he would be invited to work on the 1995 film, Vampire in Brooklyn, where he starred as Julius Jones, the nephew of Silas Green -- played by the late great John Witherspoon -- and ended up being bitten by Maximillian, aka Eddie Murphy, and turned into a decaying ghoul who was sentenced to be Maximillian's right-hand man and driver.

One of the things Hardison highlighted that made this the perfect role was that after A Different World, he wanted to go to the dark side to expand his repertoire and range as an actor. What better way to do so than being part of a film directed by Wes Craven, creator of the 1984 horror classic Nightmare on Elm Street, as well as The Hills Have Eyes, People Under the Stairs, and Scream, just to name a few. When reflecting on the memories of being on the set with Murphy, Hardison shared that the most challenging part was remaining focused with a straight face in the presence of "one of the funniest human beings of all time."

In addition to that experience, Hardison shared that working with the Wayans brothers on the 1988 classic, I'm Gonna Git You Sucka, was another of his bucket list moments. "Keenan Ivory Wayans did so much for young Black actors and actresses that it's hard to capture in words," recalled Hardison as he flashed back to his days on set with the Wayans family. He stated that though he was around comedy legends like Bill Cosby at an early age, the Wayans brothers and Eddie Murphy assisted him with knowing that he was capable of much more as his career began to take shape.

Hardison fulfilled the "so much more" prophecy as his career continued. With over 48 feature film appearances and upward of 44 television sitcom roles, he has been one of the most consistent actors of his time. There aren't many people who came into this game with him that are still cashing and signing checks at the rate of Mr. Hardison. However, one of the greatest gifts his career has afforded him is the ability to live his life out loud precisely as he desires. Hardison is classically "all things Black and nerdy," said his publicist, Jayce Baron, when we reached out to him for scheduling.

Once upon a time, those were words that most men of color would frown upon when being described, but that's one of the superpowers that Hardison has embodied. He was a forerunner as a cool smart Black man on T.V. and, from the looks of it, that role may have inspired him, as it did for many of us, as he has been featured in several gaming publications. In addition to gaming, Hardison has been featured on YouTube as the host of the show, Sideshow Collectibles, where he and other various guests unbox giant action figure figurines. Hardison shared that he has over 50 action figurines at his home that are priceless collector items.

Hardison’s appearances on the YouTube show Slideshow Collectibles reveals he has a special connection to superheroes. Particularly, Hardison related with the X-men who, like him, didn’t quite fit in. Magneto and Professor Xavier paralleled two different characters for Hardison, Malcolm X, and Dr. Martin Luther King Jr. respectfully. “My connection to the X-men and Magneto and Professor Xavier, in particular, it helped me relate more.” Hardison found a deeper expression through those characters and his love for these superheroes shows in how he prominently  displays these collectible superhero figures in his home.

In addition to those ventures, he is also an avid sneakerhead that has been featured in multiple sneaker publications as well. Speaking of his love for sneakers, Hardison shared that he attended an event in Portland, Oregon, for NIKE and was the first person ever documented or seen wearing Jordans with his tuxedo. While he reminisced, I vividly remember when people started wearing tennis shoes with dress wear, I remember seeing him do it first.

So when did Hardison's love for sneakers begin? According to Hardison, his passion for sneakers started in the late '70s in junior high school. "I remember the Converse Weapon (Magic Johnson/Larry Bird) shoe being ones I went after in a bunch of color-ways. But before that, the adidas® Stan Smith and the brown suede adidas that Hutch from Starsky & Hutch wore (adidas® Gazelle) are ones I'm still trying to track down today. I found some green ones in Ireland that made me happy, " Hardison enthusiastically recalled; like a true sneakerhead.

Fatherhood on Camera & In Real-Time

As Hardison's career continued through the '90s to the millennium, we witnessed his range become apparent as he transitioned into the role of Craig Cooper on the Disney Channel's hit show, K.C. Undercover, starring Zendaya Coleman, where Hardison played her father. When speaking of the actress, Hardison shared that Coleman was a natural who reminded him much of himself as a young actor on the set. He raved about her professionalism and how he was not surprised to see her flourish as she began to chart her course of stardom after the K.C. Undercover experience. Hardison also shared how impressed he was with her role on her hit show, Euphoria, and how no one expected the show to be as deep as it was.

Hardison is not just a television father. He has a daughter, which he lovingly spoke of during our interview. As you can imagine, he shares excellent fatherly advice with his daughter. As he encourages everyone, he reminds her that she can be anything she wants. As Hardison reflected on being a father, he said, "Fatherhood has taught me that I can love past my imagined limits. Growing up and even as a grown-up, you’re taught you loved this or that. Then you become a parent and realize you had no idea what love is."

As that part of the conversation continued, you could see Hardison's eyes light up as he spoke with excitement about having the opportunity to be a father and to mentor young talent and how much it means to him to see young professionals take their craft seriously. It was an example of his genuine heart and his desire for anyone around him to be successful, even if he wasn't the center of attention. People like Hardison are hard to find in a world filled with "Me guys," as my coach would often label them. 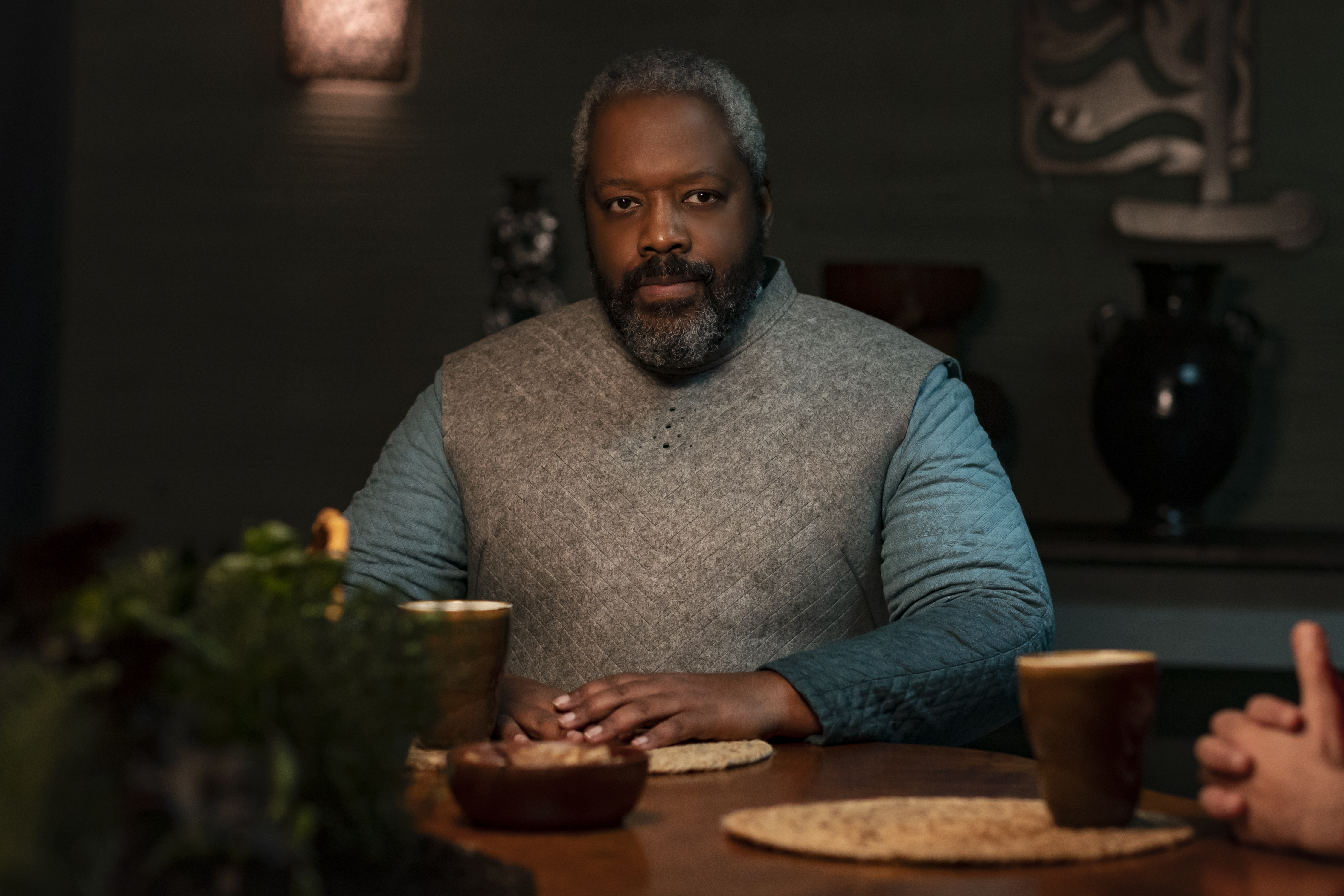 As the Suite Life SoCal interview progressed, Hardison humbly, honestly, and gratefully shared his past, present, and future. So what’s next for Hardison? His next project, set to air on AMC on July 7th, happens to be a series based on life in outer space called Moonhaven. The series highlights an amazing science fiction adventure where the moon is Earth's last hope. The show stars Joe Manganiello, Dominic Monaghan of Lord of The Rings, and many more. Hardison's character is named Arlo. When asked what the excitement level was for his upcoming project, Hardison stated that “it's a dream come true to continue to be part of these fantastic pieces of work.” When I asked for more details, Hardison was not giving us any inside information. Instead, he said that we would have to wait like the rest of the world to see how unique this project would be.

At Suite Life SoCal, we have the wonderful opportunity to function as a bridge of information. Interviewing an icon like Hardison is an honor. As we get to showcase his inspiring story that encourages others to live an authentic life. Hardison is, to many, an iconic figure who made being smart, cool, and something to aspire toward. As one of the few trailblazing roles, in prime time, a young Black man's intelligence was highlighted, and young Black kids had an opportunity to see themselves as smart. It is not just his character but how he played the character which has captured our appreciation for Hardison. After catching up with Kadeem, it is how he has lived a life of integrity while walking in his true self which cements his role in the world, especially in the Black community.