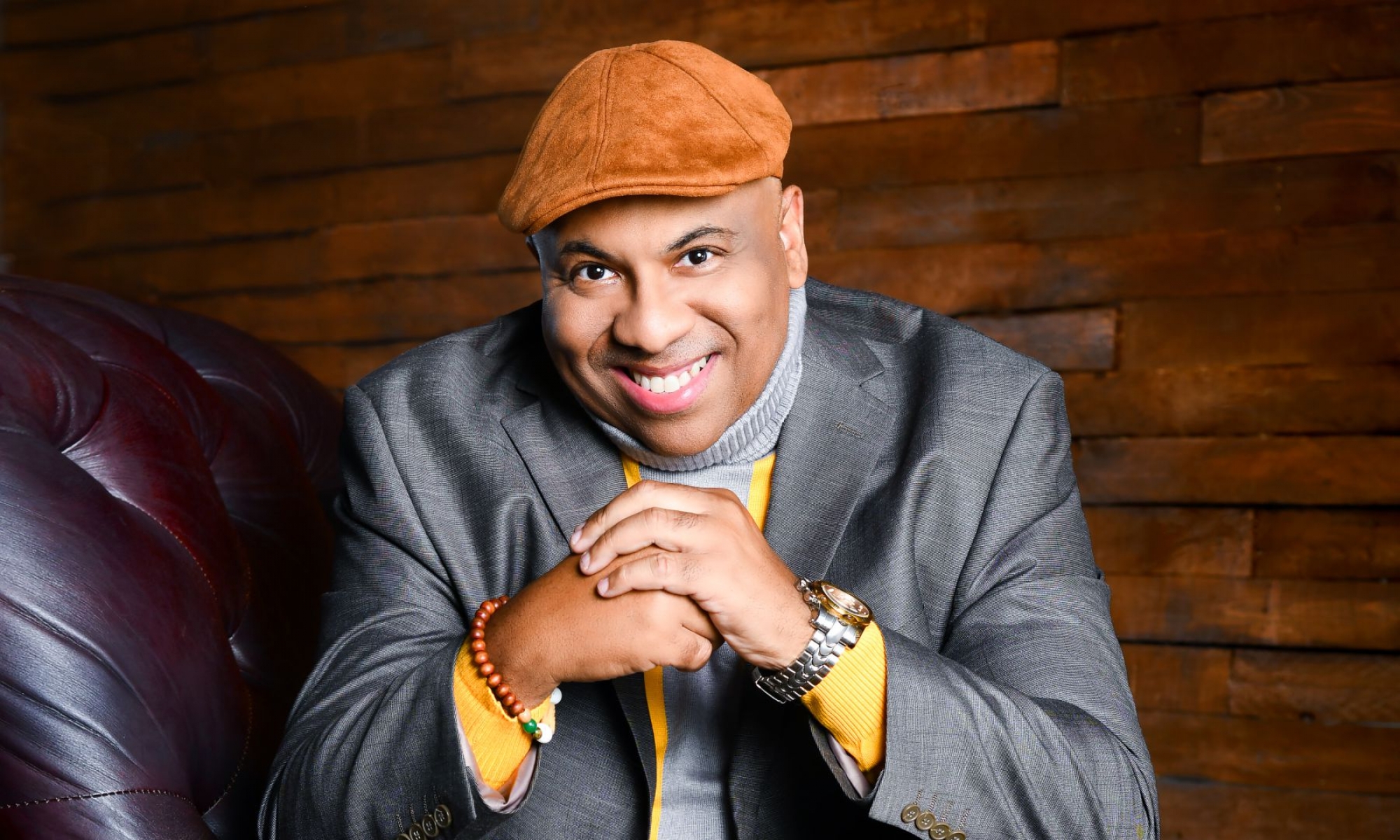 With a sign and a stand in tow,  a five-year-old Don B. Welch stepped onto the entrepreneurial stage for the first time by opening up his own lemonade stand.

With a goal to sell cups of lemonade for five cents, Welch declared his first day a success when lured by a mixture of thirst and curiosity; the neighborhood kids consumed every ounce of his delicious lemonade. But after seeing an empty money box and learning that Welch had not sold but given away all the cups of lemonade to his little thirsty consumers, the matter of a successful first day was questioned by Welch's mother.

"Where is the money?" she asked.

"They're going to come back tomorrow and bring the money," a seemingly naïve Welch declared to his mom.

"And what makes you think that?" Mom replied.

"I know they will," he proclaimed.

The foundation for a life of grace, giving and gratitude.

As it turned out, naïveté nor innocence had influenced Welch's belief that the earnings from his lemonade sales would be returned to him because, as he predicted, the kids came back the next day with their money and their parents. This ideological belief in people's goodness became a part of Welch's character because he grew up around goodness.

He was raised in a loving home managed by a mother and grandmother who always put him and his brother first. From being tucked in every night with a kiss; to listening to the melodious sound of his mother's voice echoing throughout the house; to hearing his grandmother, who only had a third-grade education, share words of wisdom that still guide his life to this day—the foundation for a life of grace, giving and gratitude was being laid.

He was twelve years old when he sang "Jesus is Calling" in church for Easter, and the people at the church couldn't believe the celestial sound coming out of his mouth. He was fifteen when he routinely sang at the then Tarellos Restaurant in Downtown Philadelphia to a patrons' packed room. Welch was sixteen when he sang in night clubs accompanied by his mother. It was the 1980s when he started acting as his own agent and getting booked for shows . It was also in the 1980s when in an exciting turn of events, musical sensation DeBarge opened for Welch.

These unprecedented moves allowed Welch to evolve his love for singing while simultaneously opening the door for him to forge relationships that would prove consequential as he entered the stage play ethos in his hometown of Philadelphia in 1988. A man who believes it is his responsibility as a Black man to tell Black folks' stories, Welch married his passion for the stage with a newfound love for writing and directing. This marriage took Welch from singing all over the country with some of the music industry's most notable artists to writing and directing his own stage plays.

“I have been in some situations where I knew God moved. It had to be God...When you're walking in your purpose and put God first, you always win.”

Since his playwright debut and inaugural play, Take It to the Lord or Else, Welch has written, produced, and directed an astounding thirty other plays. And when asked if he is ever compared to media mogul Tyler Perry, who started his writing, producing, and directing career with stage plays as well, Welch says, "I didn't use to like the comparison because I'm Don and he's Tyler. I wasn't the next Tyler Perry. I was the first Don B. Welch. Then it dawned on me that people didn't mean any harm. They just needed a point of reference. They just wanted to make a comparison."

Being able to move from what's possible to what's probable is something Welch learned from his mother and best friend, who passed away in 2018 at the gracious age of eighty-nine. It was her quiet strength combined with God revealing to Welch his purpose just five years ago that taught Welch the power of letting stuff go. "There were so many things my mother went through that we never knew about because she just quietly did what she had to do. She didn't complain. She just moved on with her life."

Listening to Welch talk about the difference between walking in faith and walking in purpose dispels any mystery regarding his upward climb. There is no question that the sacredness of Welch's relationship with God is what keeps him steady and prospering. "I have been in some situations where I knew God moved. It had to be God." He further qualified, "When you're walking in your purpose and put God first, you always win."

Winning means different things to different people. For Welch winning is not his more than 500 stage performances; rather to Welch, winning is being able to lay his head on the pillow at night knowing he planted some seeds and passed some goodness on. Winning is helping someone else's miracle be realized. Winning is using his influence to make sure others don't have to struggle like he struggled starting out. And the fact that Welch has hired six hundred plus actors via his 31 stage plays and films is proof that he is determined not to win alone.

In the same way his childhood friend and Oscar-nominated actor, Will Smith, extended to Welch the offer to come to California some twenty years ago because he believed Welch could expand his writing and directing into feature films and television, Welch taps talent that he believes the world more often needs to see. In the same way Welch seeks new talent he also intentionally hires talent that the world needs to see more. And with a significant amount of skin in the game, Don B. Welch Productions has become the sought-after partner by Hollywood film and television executives that Smith knew he would be.

“I decided I wanted to live!”

With few regrets in life and a glistening career, there was an area in his life where Welch was not experiencing success. For years, reaching a healthier weight was an internal conversation and ongoing battle. Then a personal health scare, coupled with film director John Singleton's death due to a massive stroke, compounded by actor Chadwick Boseman's death due to colon cancer and layered with this year's COVID-19 lockdown, shot reaching a healthier weight to the top of Welch's priority list.

And with the same single-mindedness of the five-year-old running a lemonade stand, Welch is down half his pre-pandemic body weight. When inquiries about his noticeable weight loss poured in by Facebook followers messaging him, Welch didn't sugarcoat his contentious relationship with obesity. Instead, he responded in earnest by saying, "I decided I wanted to live! I was overweight and winded when I would take short walks. I was overeating even when I was not hungry. My sleep pattern was off. I worked out, but not nearly as much as I needed to do or that I now do. We get one life, and every day must count."

Making every day count is why 2020 caught Welch doing more than losing weight. Making the most of the one life he has is why Welch wrapped up his new filmed live play, Love On a Two Way Street which premiered as  a virtual live filmed  play in December 2020 and is currently streaming on www.umc.tv. “Love On a Two Way Street'' was greenlit by Brett Dismuke, General Manager of UMC & WETV. And I am extremely grateful to him and the Producers at Octet Productions.” Welch emphasized.

Making the most of 2020 is also why Welch is working on his third book and life story titled, All Things in Time, and it's why he has joined forces with legendary actor Bill Duke to create an additional production company called GloMar Productions.

Making the most of life for Welch further means sowing into his close relationships with friends like Kenny Lattimore, Ginuwine, Loretta Devine, Vanessa Bell Calloway, Marla Gibbs, Fred Thomas Jr., Will Smith and his partnering producer, Chris M. Dabney. It means honoring his mother and grandmother's legacies by being the person they always told him he could be.

“Sometimes you just gotta sit back and rock a while.”

Karma is something Welch takes seriously. He believes that we get back what we put out. As he profoundly says, "You can block on Facebook. You can block on IG. But you can't block karma." And because Hollywood can be a crazy place filled with strange people who do weird things, Welch refuses to be distracted by those with ambiguous agendas. Instead, he has learned to meet craziness and disappointment with his grandmother's words ringing in his ear, "Sometimes you just gotta sit back and rock a while." Meaning, sometimes you just have to be still and pray; be still and observe; be still and hear what God is saying to you.

As one who is as committed to developing as a writer and storyteller as he is to hearing God's voice, sometimes stillness catches Welch with his head buried in the novels or old Hollywood celebrity biographies he reads each month.

With doors constantly opening in film, I asked Welch which one he likes best: film or theater? He was clear: “I'll never leave [the] theater because you can't beat the intimacy of theater. Not to mention, I am passionate about what's being fed to our people."

In a nutshell, feeding our people. Employing our people. Showcasing the expansive talent of our people. Believing in our people is who Don B. Welch is and it’s what he’s consistently done for more than thirty incredible years.