Black Music Month with MOJA: A Music Saga of the History of Black Music from Africa to America 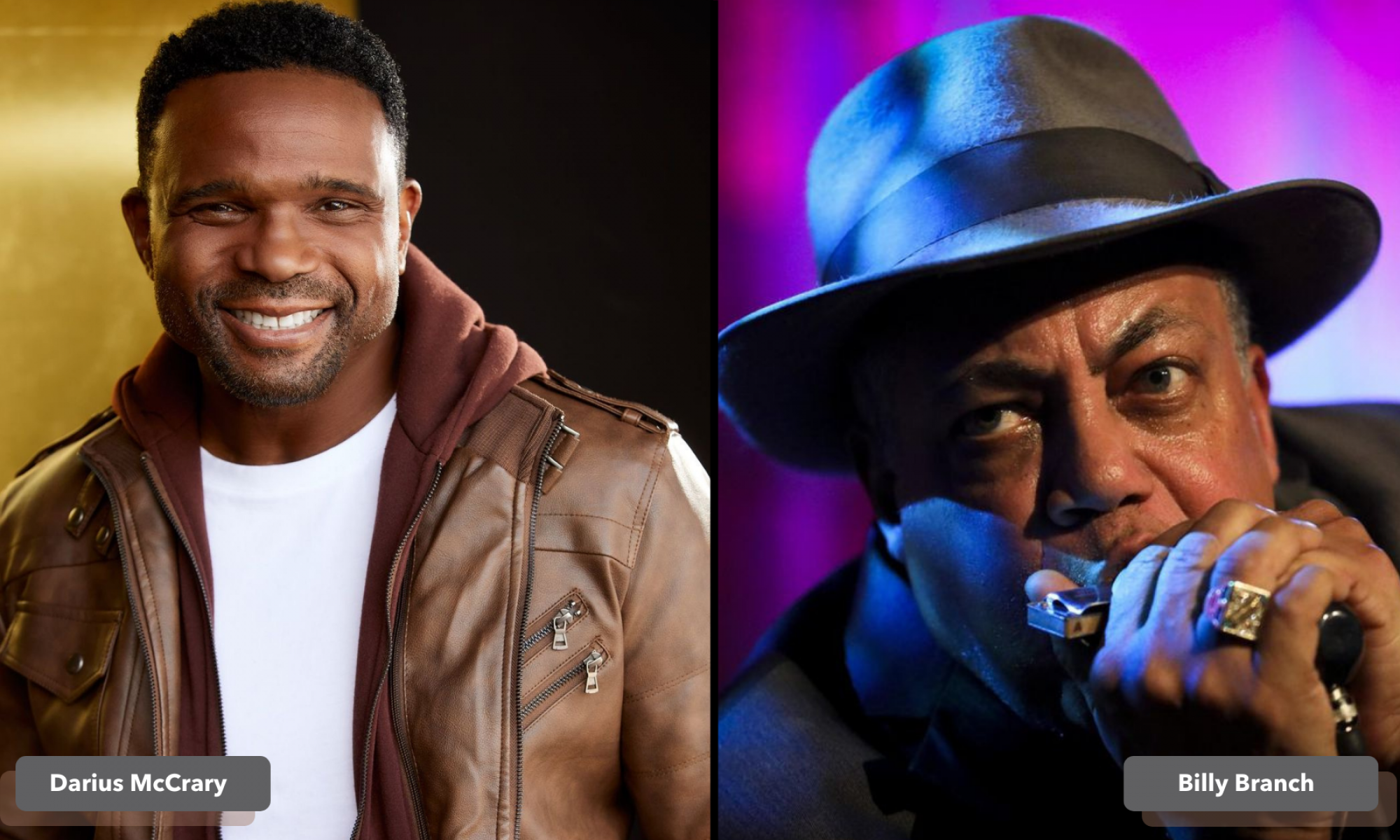 (Los Angeles, CA – June 6. 2022) Kick off Black Music Month with the story of Black music and its origins with MOJA: A Music Saga, the history of Black Music from Africa to America's Gospel, Blues, Jazz, R&B, Funk, and Hip-Hop. The eight-volume set rolls out one new audio experience per month this summer.

June delivers Volume 6 of the MOJA epic story. It is perfectly suited for Black Music Month as this music from Africa in America continues to grow, expand, and morph into multiple formats that shape culture through the eras of segregation, race records, and civil rights.

Featured vocalists on MOJA: A Music Saga, Volume 6 include an eclectic mix of gifted singers from around the world such as Cuban born Pedrito Martinez,  10 x Grammy Award winners Take 6, England's Oli Brown, Take 6 soloist Mark Kibble, and Josh Kegler of New Orleans, who give the listener a symphony of black music sounds from Afro Cuban, Doo Wop, Blues, and the British invasion to Rock and Roll to Funk.

MOJA's emotional stories tug at your soul in its entirety from volumes 1-8.  The voice actors who bring the troubled, brilliant, yet complicated characters to life are 3x Grammy Nominee, Emmy Award winner, and Blues Hall of Famer Billy Branch who plays the fearless grandfather Innes Ellis, patriarch of the Muziki family, and actor, rapper, singer, and producer, Darius McCrary as Sitano, Innes' Hip Hop superstar grandson.

MOJA: A Music Saga is a 165-year journey where Billy Branch's character Iness Ellis, the fourth generation of the Ellis family of musicians in America, unpacks their musical legacy to his grandson Sitano through historically based stories intertwined with the evolution of musical genres of American music rooted in the soul of African music.

MOJA: A Music Saga is a 75-song musical event that took five years to complete. It utilized the talents of 500 musicians, singers, artists, producers, Grammy Award winners, and nominees from around the globe.

Grammy-nominated musician, producer, writer, and creator of MOJA: A Music Saga, Carl Gustafson said, "Integrity toward the music is paramount. The songs about Africa were recorded in Africa by Africans. The songs of Cuba were recorded in Cuba by Cubans. Same in New Orleans, Chicago, Mississippi, England, and everywhere else the story went.

MOJA: A Music Saga is an audio adventure that skillfully uses skits, sound effects, and original music to tell the story of how African music has influenced American music through seven generations of the Ellis family. The family's story starts with Moja Musiki, a.k.a. Moja Ellis, a tall, attractive, strong African female drummer who was taken from her home in East Africa and sold into slavery in New Orleans in the 1850s. She survived the perils of slavery and raised her son Billi Ellis using her music skills. The Ellis family gift of music was then passed down to Billi's daughter, musician and band leader Tattie, her son Innes, and his daughter Tanya, ending in today's time with Moja's great-great-grandson, Hip Hop star Sitano and his two-year-old daughter Sabbath.

Gustafson said of the saga wrapped in music, "This story never happened exactly this way, but it happened thousands of times over many hundreds of years. This is the palate that the storyteller, artist, and novelist, works with as the events come back to life."

Gustafson adds, "The MOJA saga yanks the guts out of Bobby Rush's tragic young life and grinds it into grist for the triumphant music story of Black America."

MOJA: A Music Saga is destined to have an international impact on music lovers and historians alike, changing the world's view of Africa's influence on American Music forever.

(Photo Left) Weedie Braimah is a djembefola—a master of the djembe, a West African drum with a hollow wood body and an animal skin stretched and fastened over the top, the origins of which date back to the 12th Century. Braimah was born in Ghana and raised in East St. Louis.

About Carl Gustafson, Writer and Producer of MOJA: A Music Saga

Born in Deadwood, S. Dakota, Grammy nominee, musician, producer, adventurer, and writer, Carl Gustafson, grew up in Laramie, Wyoming. He formed his first band at eighteen years old after falling in love with soul, old R&B, James Brown Funk, and Blues. Music has taken him to forty-four countries including eight trips to Africa where he traveled coast to coast.

Carl's band, Blinddog Smokin', was dubbed "America's Road Warriors" by Southland Blues Magazine for their relentless touring schedule. Along the backroads, they met Blues Great, Bobby Rush, and Carl and they became fast friends and remained so over the decades, and periodically toured together. They used to discuss and ponder the origins of the music they loved, and it led to a twelve-song road show depicting the journey of African -influenced music over time. But before they even started, they realized they were only scratching the surface, and the concept of what has now become the Moja project was born.

Carl is the author of the book, Ain't Just Blues, It's Showtime, has been a columnist for many magazines, and was recently elected to the National Senior Softball Hall of Fame. Carl and his band's songwriting and recording with Dr.John and Bobby Rush landed them Backbeat Magazine's Blues Album of the year, Blues Blast Magazine's Soul Blues Album of the year, and took them to the Grammys. Carl has written and recorded over 200 songs.

Edna Sims, Owner, ESP Public Relations Phone: (310) 770-8117
E-mail:  This email address is being protected from spambots. You need JavaScript enabled to view it.