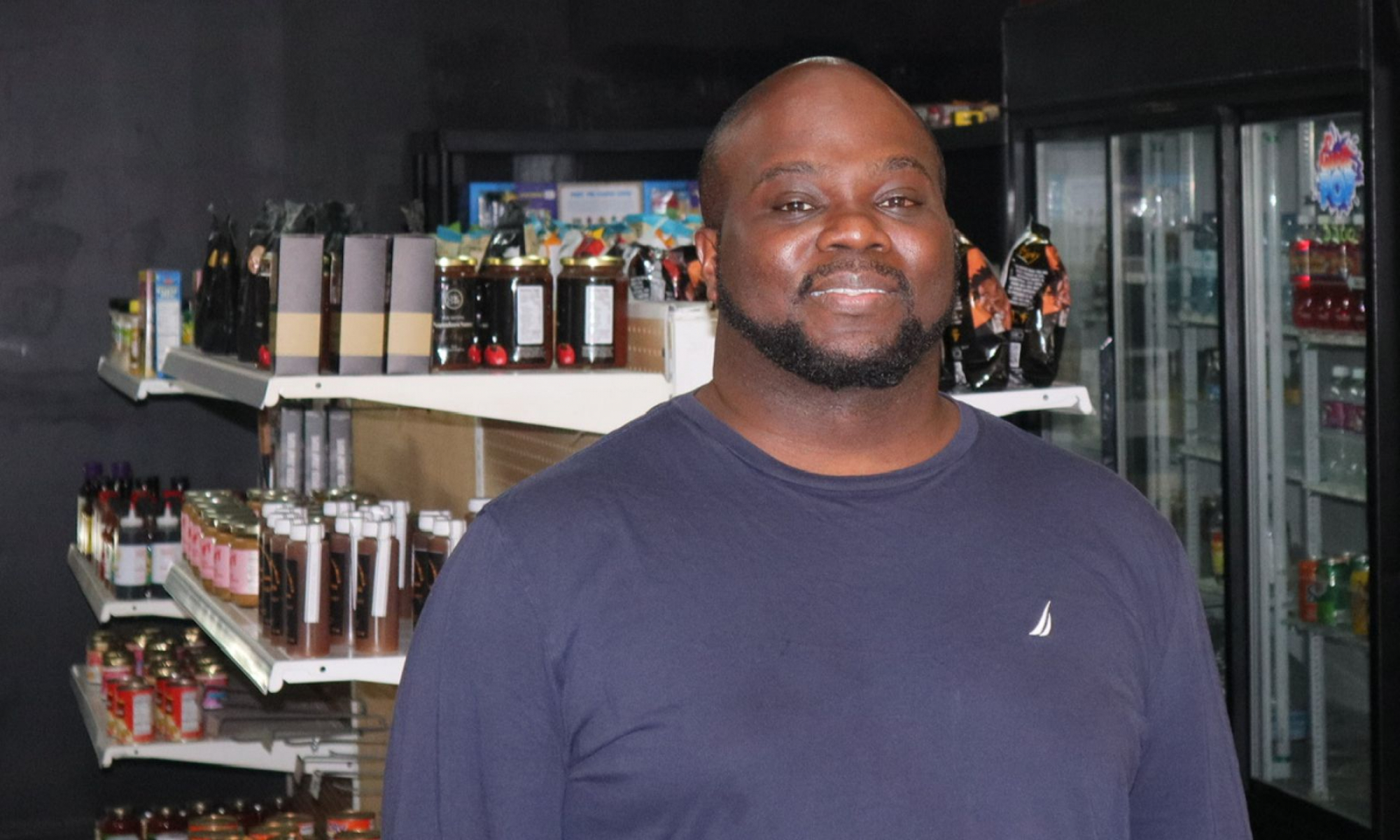 From the moment one spies, the golden wings spread majestically across the exterior walls of The North Star Market, a visitor instantly knows that this is no ordinary store.

In fact, The North Star Market is truly unique--the Gardena, California-based store is a Black-owned proprietorship that only specializes in buying and selling Black-owned products.

Owner Dimitrios Jones, 38, said his desire and vision to launch the market was born out of seeing an urgent need.

A former community organizer who once worked in the underserved communities of Watts, Compton, West Manchester, and West Athens in Los Angeles, Jones began to notice that there was a lack of quality foods in the neighborhoods that he worked in and that the areas were commonly referred to as “food deserts.”

“I said, 'We are in the two thousand and twenties now, and how come there is nothing that reflects us and our culture that was made by us in the stores? I realized that we didn't have Black-owned stores of our own like other ethnic groups, and that became the inspiration for the North Star Market,” said Jones, who opened The store in October 2020.

“We found out that a lot of entrepreneurs opened their stores during the pandemic. I just found one of the first Black-owned bread companies in Houston, Texas, called Nation's Bread. I use Instagram and Google to find Black vendors, and vendors contact me through Facebook and Instagram. And I use a lot of prayer,” Jones chuckled.

“So far, we have 80 vendors and 200 individual items in the store that are Black produced,” said Jones.

“A lot of people are shocked when they first walk into our store,” Jones said. “There's a whole wall of historical figures we call the inspirational wall that is covered with photos of Marcus Garvey, Frederick Douglass, Harriet Tubman,” said Jones, who feels it's important to show Black pride.

“Sometimes you're battling the stereotypes,” he said. “Someone will come in and say, 'You have a great attitude, the store is fully stocked, and the item is not expensive.' They're surprised that the items in our store are of such high quality.”

Referring to some of the products in the store, he said, “We carry Jamaican Black Gold castor oil from Jamaica that has different health benefits and can be used on your hair, and you can ingest it as well,” he said.

“We have Bead Oil, which is hand-made soap. We also have Black-owned cocoa butter, conditioner, and shampoo as well as hair oil and hair moisturizer and Black-owned cookies, cakes, and cheesecakes.”

He added that other products include Golden Krust Caribbean Bread and Rap Snacks, a Black-owned potato chip company.

Jones said that many Black vendors find it difficult to get their products stocked onto the shelves of mainstream stores. “There's a lot of red tape,” he pointed out. “But some of our vendors have been picked up by Target, Trader Joe's, Ralphs, and Food 4 Less.”

Jones offers the North Star $29.99 monthly subscription box as a special bonus to his customers. “Every month, you'll have a box delivered to your doorstep that will include some amazing Black-owned business products,” he added.

Jones said expansion plans for his business are already in the works. “We are building a kitchen where we'll be offering soul food or comfort foods that will relate to everyone in the diaspora, and I want to utilize the front part of the store as a community space where we can host community meetings and talk about issues that affect us,” Jones added.

“Harriet Tubman used the North Star as a guiding light to get our people to freedom from South to North,” said Jones. “And the first Black-owned newspaper was created by Frederick Douglass and was called the North Star. So in homage to these two historical figures, I named my business the North Star Market.”