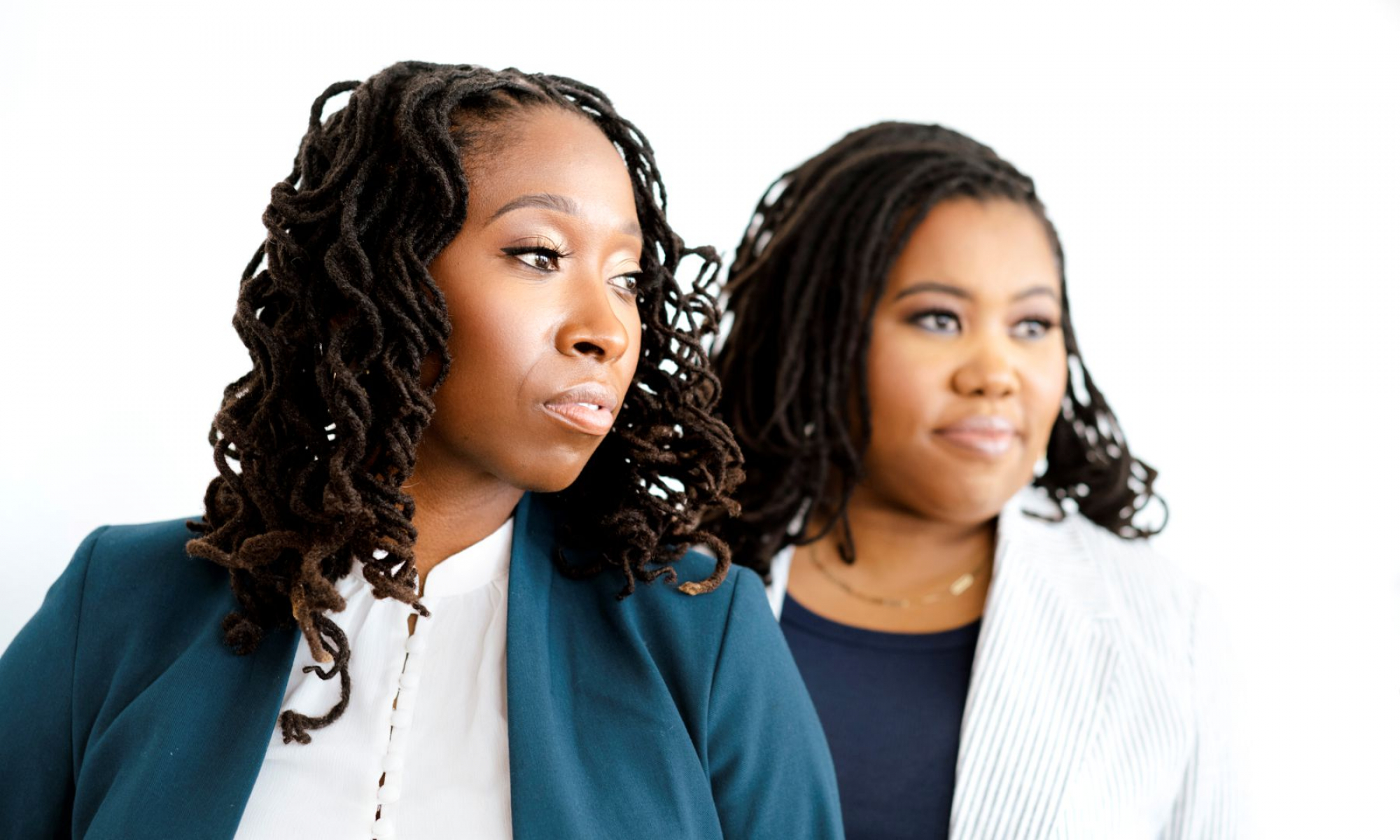 Thinking of buying an electric vehicle (EV)? You’re not alone.

With gas prices skyrocketing and an increasing number of EV models debuting in 2022, many people are thinking about electric vehicles. EVs may solve the skyrocketing gasoline prices, but that doesn't mean owning one is without its challenges, especially when it comes to inoperable charging stations.

Here to the rescue with ChargerHelp!—co-founders Kameale Terry and Evette Ellis were inspired by these challenges to develop their response to inadequate charging stations.

Electric vehicles are the way of the future. According to Governor Gavin Newsom's recent $10 Billion Zero-Emission Vehicle Package, California will end the sale of new gas cars by 2035. As a result, the demand for more electric vehicles will rise and thus the need for efficient charging stations. With many failed charging stations, Terry and Ellis found the need to create ChargerHelp!,  a cleantech company focused on maintaining charging stations by partnering with network providers. For example, a provider contacts the company when a station experiences an issue. ChargerHelp! sends certified trained troubleshooters to address software challenges allowing them to fix the charging station within an hour versus 30 days, in most cases.

Being millennials, the co-founders created an "app that eliminates the high cost of station downtime by enabling an on-demand repair of EV charging stations." Now providers can report a charging station outage via their app or online platform and know that help is on the way. According to Terry, ChargerHelp! "fixes electric vehicle charging stations and gets people back to work."

ChargerHelp! has grown to accommodate a national service coverage supporting a broad set of industry customers such as Chargie, FLO, EVgo, Amazon.com, EVConnect and more.

As if creating a company to meet the growing need within a booming industry wasn't enough, this dynamic duo not only met the need of network providers and EV consumers, but they endeavored to be a company that provided jobs, careers, and opportunities for others to excel with them in this sustainable technical space. As the Chief Workforce Officer, Ellis' key role is to manage the workforce by ensuring that trained workers are available to meet the need for charging stations sustainability so ChargerHelp! can work with providers to maintain their upkeep.

For the past seven years, Ellis has worked with Job Corps, the U.S. Department of Labor's free education and vocational training program for young men and women, where her primary job description included creating and maintaining workforce development programs. Ellis' expertise prepared her to do the same for ChargerHelp! which works to maintain a successful program that will help ensure the future of electric vehicles in meeting the needs of consumers. 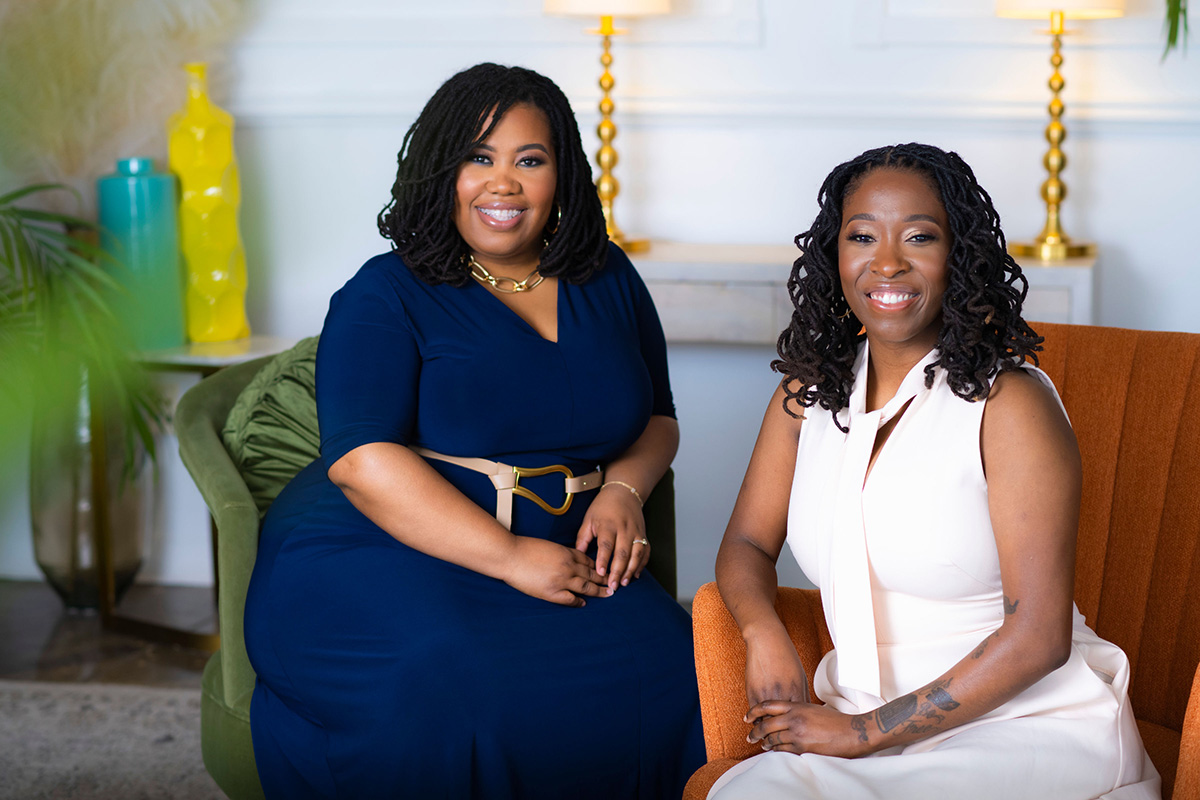 “Workforce Development is weaved into the fabric of our company.”

Terry and Ellis did not just stop with meeting a need and creating a workforce. It was essential for these two South Central Los Angeles and Compton natives to empower their workforce. "It is important to empower the workforce with more than development. We must not only create robust training pipelines, but they have to be connected to well-paying careers," Ellis explained.

In their determination to do more than solve the charging station inadequacy issue, ChargerHelp! not only helps consumers; it helps the community. "We solved two problems. One, we have created a workforce, the right workforce that's aligned with fixing charging stations… We created a workforce that understands the parts component, but most importantly, that understands the software component. The edge of what we do is, we aggregate data in order to provide predictive analytics," Terry adds.

Today ChargerHelp! employs 35 people. Nineteen of those employees are certified technicians trained by ChargerHelp! According to Terry, more than 1600 people applied for 20 positions with ChargerHelp! in their latest cohort to become technicians with this company, which started in January 2020. 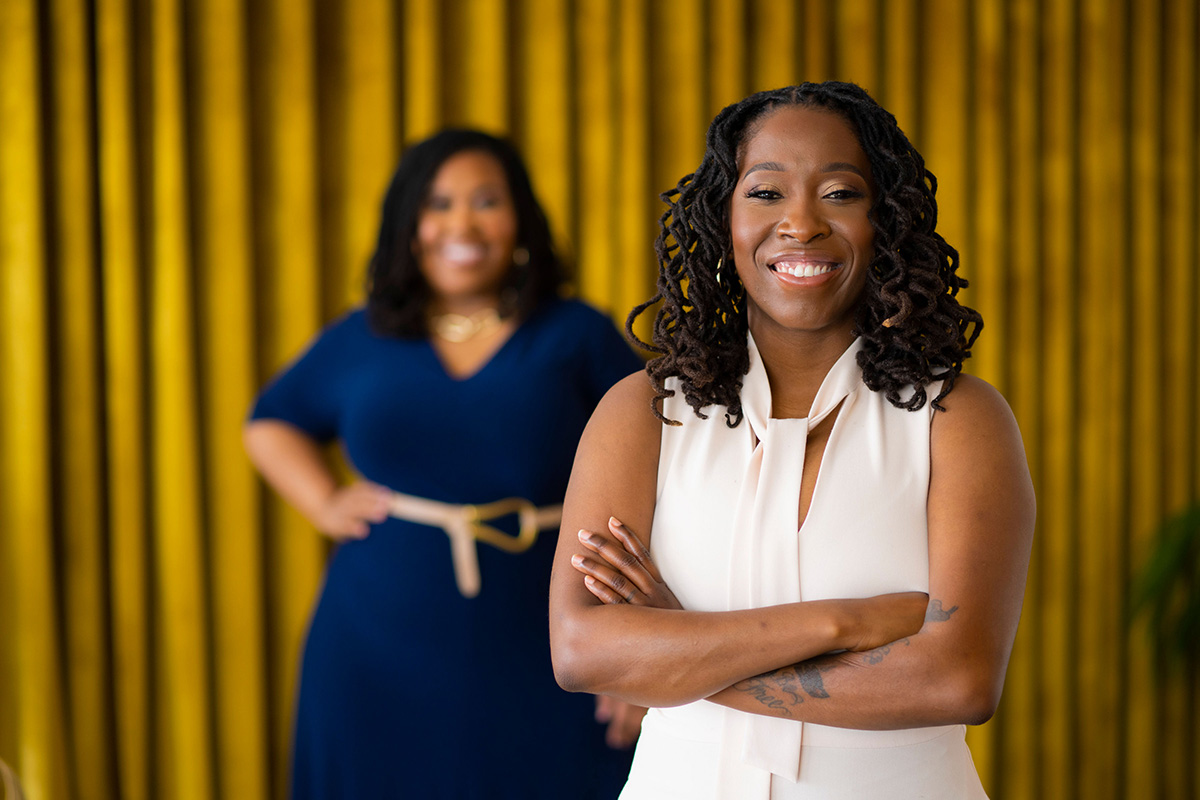 Is the start date a misprint? No, you read it right. ChargerHelp! began in January 2020, just before the pandemic was announced. After working with a software company that sourced federally funded charging stations, Terry accessed a need. She listened to complaints all day long about charging stations being down. Customer complaints flooded her phone line as an EV Charger Support representative. As life would have it, Terry's mother became ill and would need her to be home with her full-time. Terry quit her job to be there for her mother.

While Terry left her job behind, she didn't leave behind the need of EV consumers. The fact that electricians who were called to the charging stations to meet consumers' demand and were unable to meet their needs sat with Terry. "I taut it up to being a millennial; we are in a space where people value experience over anything,'' Terry said. "We will give you all of our coins if you are going to give us the experience," Terry jokingly added.

Once again, fate would step in, and Terry decided to volunteer at the Los Angeles Cleantech Incubator (LACI). While volunteering, Terry began to "identify that there could potentially be a workforce (to fix charging stations) that wasn't created yet and maybe (she) could be the person to help create that workforce."

This thought led Terry to talk to Ellis, an expert in community workforce development, and in their conversations, the idea of ChargerHelp! was born. Two educated Black women, Terry, with immigrant parents from Belize, and Ellis, with parents born in Watts and raised in Compton, brought their wisdom and their grit together to create an efficient service for EV consumers and to build a workforce that would meet the needs of not only South Central Los Angeles and Compton, but of the entire nation.

According to Terry, her parents came to America for the "American Dream." While they both had the same goal, their individual experiences differed. Terry's father was an underpaid software engineer turned entrepreneur who was able to put two girls through college. On the other hand, her mother worked for the Los Angeles Unified School District (LAUSD) as a teacher's aide and never made more than $30,000 a year. These two examples left Terry with this belief: "America can be all of these things (the land of opportunity), but we have to hold it accountable and push it through. Underneath this ideal, that economic mobility is possible. We just have to create the right infrastructure in order to support it. That infrastructure doesn't exist, but we have to do the work to get there," Terry shared in introspection. 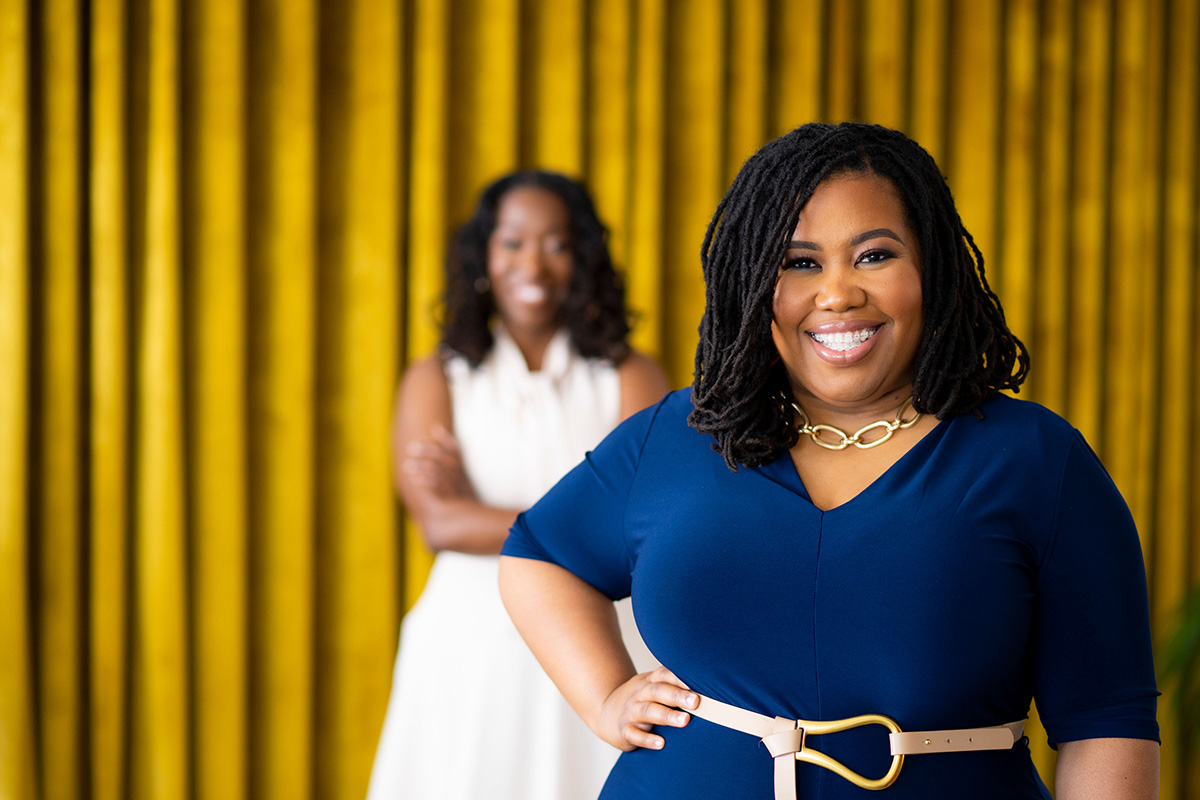 Ellis' Compton roots and upbringing left her with the great fortune of having a stay-at-home mom and a father who worked for 39 years as a truck driver to ensure his family's needs were met. Her parents' ability to sacrifice for the family is engrained in her. Though money was tight, Ellis shares, "my father never looked or behaved in a way that reflected his low wages or barrier for growth." Now that she is an entrepreneur, she states, "It is very important folks know who and what brilliant ideas come from both Compton and South Central. Our neighborhoods shaped us to be solution-based in every way, and now we see that same grit and innovation drive ChargerHelp!." 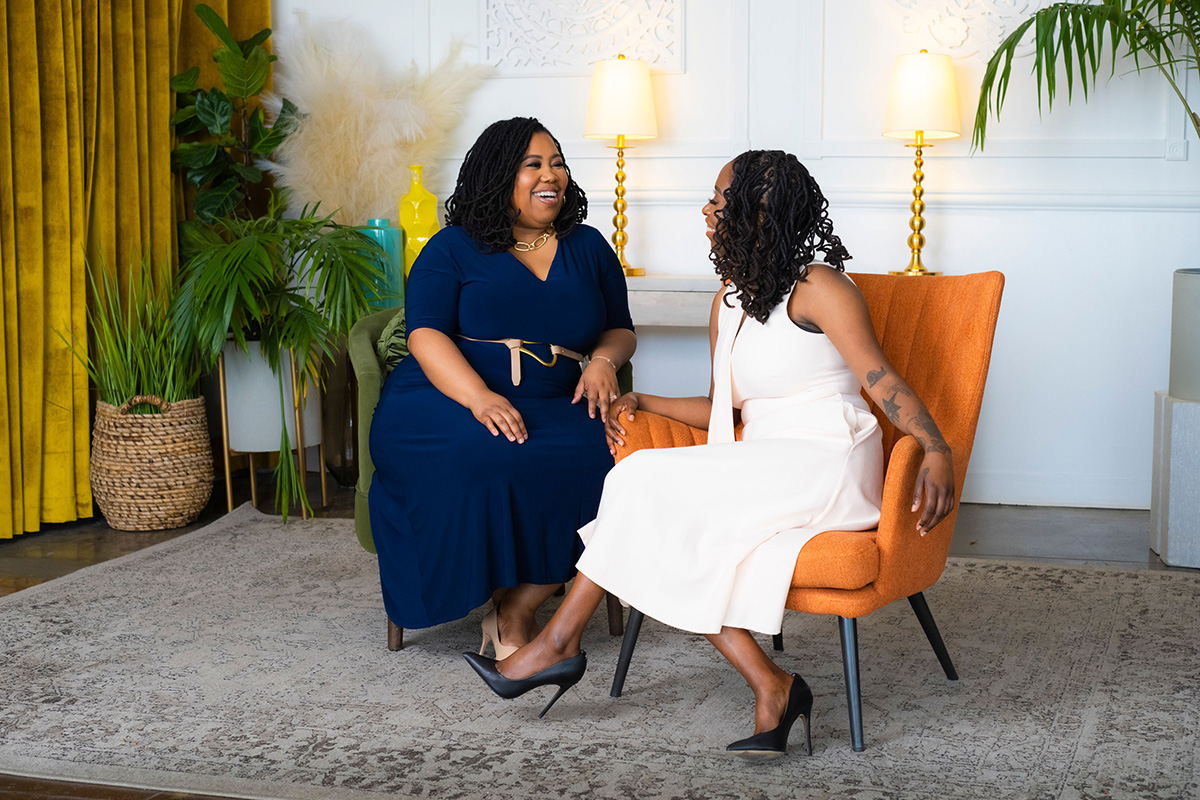 Terry's and Ellis’ story is filled with miraculous encounters and drive that has caused this dynamic duo to scale the walls and walk the halls of Congress. According to Terry, her first hire was the Government Relations Manager – Samantha Ortega. Terry states, "We spent all of last year in Washington lobbying for that guideline." What is that guideline? Since EV stations are relatively new and growing, the federal government had to create guidelines for these stations.

"To see that come out on federal guidelines was huge. Having our voice heard in legislation was huge," Terry shared with an impressive smile on her face. Not that the ChargerHelp! team needed that to validate what their analytics proved to be accurate, but it didn't hurt to know their voice was heard on Capitol Hill.

Congress is not at the heart of ChargerHelp!'s focus when it comes to policy. According to Terry, the team spends time with local city councils to educate them on EV policy and the manufacturers’ and software providers' responsibility to the consumers. Education is another way to ensure that consumers have a voice and exercise their voice. The spirit of service and education are seen throughout the fiber of ChargerHelp!

It's not enough to have started ChargerHelp! It's also about company sustainability. So what does success look like for ChargerHelp!? According to Terry, "Success is revenue. It is profit coming into the door because without profit; I can't employ people, I can't take care of health care, I can't give out equity; those are the things we measure success by."

To meet the demands of a growing company and the need to meet the 97% uptime guideline, Terry and Ellis are set to hire, train and certify nearly 140 more technicians before the end of the year. ChargerHelp! is strategically positioning itself to relieve the nation's charging stations of the 30% that could be offline at any given moment. More specifically, the 1 out of 2 in Texas and Washington that are offline, and the 35% in California that are inoperable at any given time.

Through a commitment to their workforce, the workforce commitment to ChargerHelp!, and good relationships with manufacturers and software providers, Terry and Ellis expect to continue to lead the way in this sustainable tech space. Within 3 to 5 years, Terry states, "I am shooting towards dominating this market for EV charging; I want ChargerHelp! to be a household name…I want us to be a voice for folks that are new to the EV landscape; we get people that have never heard of EVs…we have a very unique opportunity to expose more people to this thing that is coming…I want us to step into that and to own that space."

"When I think about ten years from now, EV charging stations are publicly deployed ideality assets; as we go towards smart cities, everything is going to become software-enabled. When we think about the people that have to fix those things, it should be the way that ChargerHelp! is approaching it; by aggregating the data, having local talent, and being able to learn and grow with the software that is now decentralized," Terry enthusiastically added.

As the website clearly states, ChargerHelp! is "Good Business. Good Service. Good People." That indeed is the suite spot. Terry and Ellis have built a good business, and determined to train and certify technicians to provide a good service. The co-founders intentionally pay specific attention to developing good relationships to employ good people to carry out its mission.