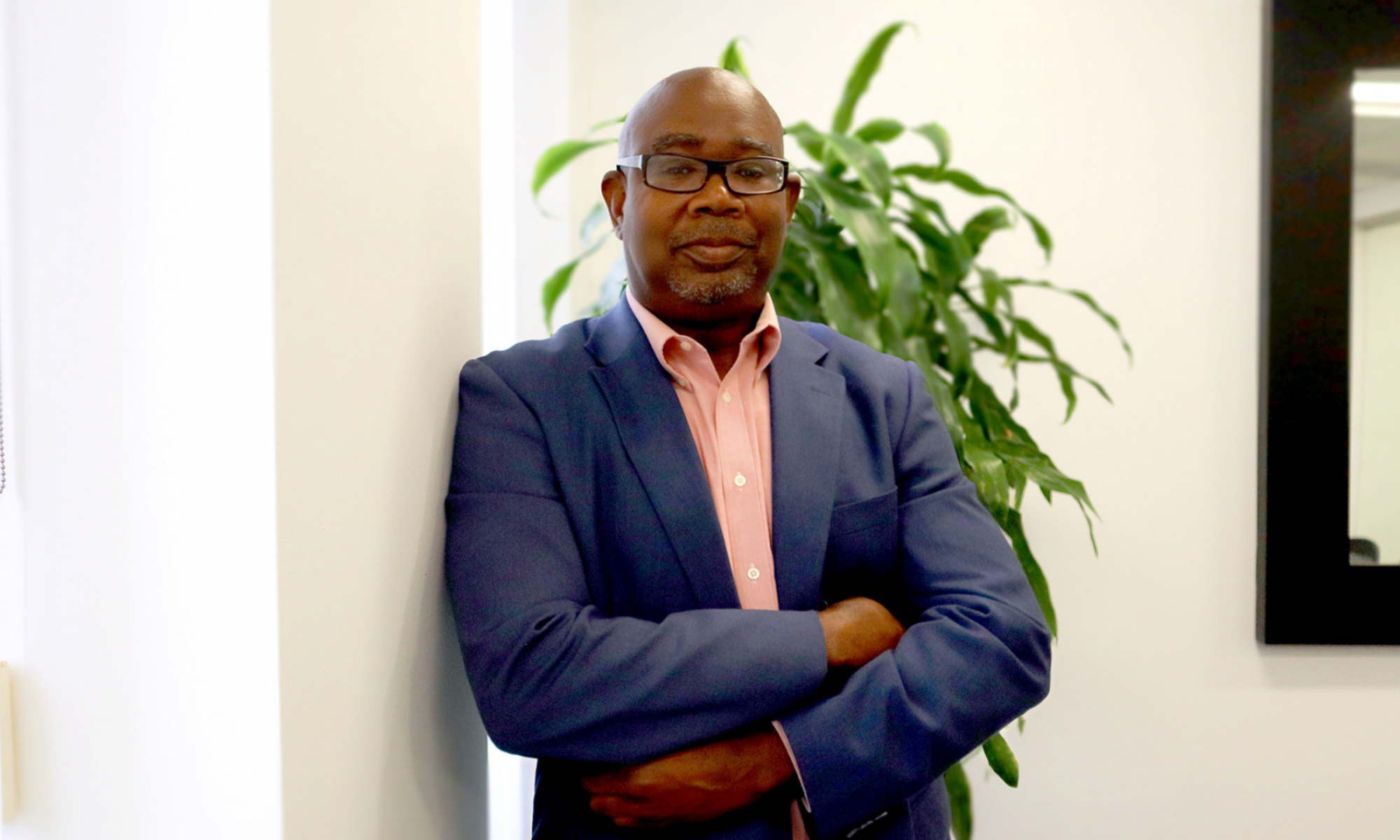 Hooked from the moment he met his best friend’s brother, Dillard knew at sixteen what he wanted to do with his life. To be exact, it was in high school that Dillard met Allen Marrell, a twenty-one-year-old gold jacket-wearing Century 21 real estate agent. Everything about how Marrell carried himself and handled his real estate business resonated with Dillard. But before earning a gold jacket of his own, Dillard had business he needed to address.

Choosing to enlist in the Army straight out of high school, Dillard, born in Fresno, California but raised in Compton and Pasadena, had the good fortune to serve in the Army’s most prestigious Third Infantry Unit. This specialized unit is better known as the ceremonial unit to the President of the United States and is responsible for such tasks as the 21 Gun Salute and presenting the American flag to families of fallen soldiers.

Serving four years in the Third Infantry Unit during the Reagan Administration was memorable for Dillard. It exposed him to the East Coast for the first time—Washington, DC, Virginia, Maryland; it introduced him to lifelong friends, and it’s where he started his own family. With a family to care for, Dillard left the military but remained with the federal government, where he made his way through the doors of the Veterans Administration and the Department of Housing & Urban Development’s NACA (Neighborhood Assistance Corporation of America) program. Although there were few African Americans in the spaces Dillard was in during the 1980s, he recalls, “Whites were willing to take a chance on me because I was bold and ambitious.”

Accumulated chances allowed Dillard to establish a professional understanding that served him for years. This acquired insight, coupled with his internal drive, permitted Dillard to fulfill two-lifetime goals: become a Century 21 agent at twenty and purchase his first house at twenty-one. As he says, he went from “Army blues to Century 21 gold.”

After twelve years of making the most of what the East Coast had to offer, Dillard returned to California armed with an elevated urge to take his message of homeownership to another level. Reaching the masses was the mission. Going from selling real estate to working as a consultant for NACA to establishing his own nonprofit was the path. And what a path it’s been.

Given inflation and the current financial crisis nationwide, I asked if he still considers homeownership the American Dream? Dillard emphatically retorted, “Absolutely!” The data and Dillard align with the U.S. Census Bureau reporting that as of 2020, “Homeownership in the U.S., in general, is climbing.” But not for everyone. This same Census report outlined that “homeownership among Blacks is declining with only 44.1% of Black Americans owning their homes, compared with 74.5% of White Americans.”

Knowing that racism is one culprit driving the homeownership gap, Dillard addressed significant others. “For too many in our community, no money saved up, low FICO score, and no financial literacy are contributing factors. We mess up our credit. We keep our money under our mattress. These behaviors put us ten, fifteen, twenty years behind the average white family.”

Working with partners such as East West Bank, the Veterans Administration, and the Consolidated Board of Realtors, Dillard is as committed to narrowing the homeownership gap for clients in Texas, Georgia, and North Carolina, as he was to a single mom in California. “She came to me making four thousand dollars a month as a Certified Nursing Assistant. I sent her to the NACA program. I counseled her and her agent. I told her, ‘You cannot buy in L.A. I can get you into a home; just be more realistic.’ Through counseling and her coming out of pocket with buy-downs and the seller coming out of pocket with buy-downs, she purchased a home in Lake Elsinore for around three hundred thousand dollars. Now she pays less than she was paying for rent for a three-bedroom single-family home.”

Like this single mom, sixty-eight thousand people have taken advantage of the NACA program. And like Allen Marrell did for him, Dillard wants to make certain thousands more improve the quality of life via homeownership, business ownership, and property investment. Service to our country may have started for Dillard in the military; however, decades later, it continues through one-on-one guidance and community-based workshops.

Learn more about these empowering opportunities at theamericandreamgrantprogram.com.