Caution and Equity Are Hallmarks of Gov. Newsom’s First Budget Under Black Director 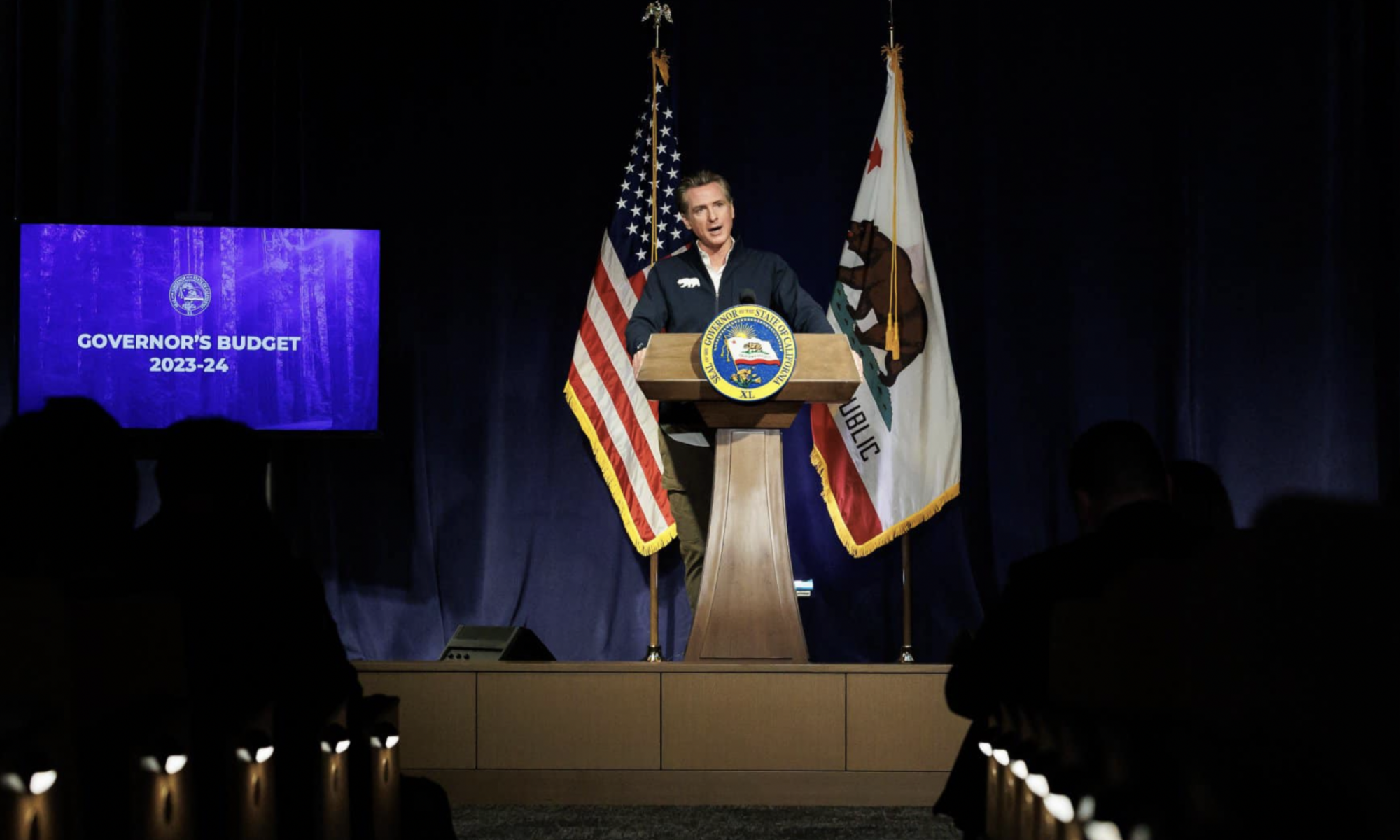 On Tuesday Jan. 10, at a press conference held in Sacramento, Gov. Gavin Newsom presented his first draft of the state’s 2023-2024 budget to the Legislature.

The proposal, which totaled $223.6 billion, is the first spending plan developed under the supervision of Joe Stephenshaw, the first Black director of the California Department of Finance. The state’s budget for the next fiscal year presents a more modest outlook than last year’s, which totaled $240 billion.

In his presentation, Newsom assured Californians that the state has $35.6 billion in reserves, which the governor says he intends not to touch.

Stephenshaw, who took the podium after the governor, explained that the decrease in the budget and the decision not to tap into the reserves are not actions taken in anticipation of an impending recession.

Instead, he said, the state is practicing "moderation" due to witnessing "slower growth" revenues than was expected last year.

An assessment of Newsom’s budget proposal by the independent Legislative Analyst’s Office (LAO) determined that a recession is not an unlikely possibility and praised the proposed budget for making financial sense.

"Notably, the Governor does not propose using any reserves," LAO’s statement read. "This approach is prudent given the downside risk to revenues posed by the current heightened risk of recession.

“We recommend the Legislature maintain this approach during its own planning process,” the statement continued.

Sen. Steve Bradford (D-Gardena), vice chair of the California Legislative Black Caucus (CLBC) said the state’s more cautious spending plan for the next fiscal year is a “step in the right direction” but promised to continue to fight to fund priorities that are critical for California’s most “marginalized” and “vulnerable” communities.

“As many Californians are struggling to pay for groceries, housing, and gas, the state faces its own money concerns. A projected budget shortfall of about $24 billion will challenge the Legislature and the Governor to ensure our investments will provide services to those Californians who need them the most,” he observed.

“I look forward to the budget process and will work to make sure any adjustments to investments in jobs, healthcare, education and public safety are viewed under a lens of equity,” Bradford added.

Some observers praised the Newsom’s draft budget because it did not come with new taxes.

"I was pleased to see that taxes are not part of the new state budget," Assemblymember James C. Ramos (D-Highland) said in a statement released by his office on the day of the announcement.

"Even though California faces a budget deficit, we will continue moving forward to improve education, reduce homelessness, and combat fentanyl use, especially among our children and youth to ensure public safety and economic development in the face of threats from flooding, wildfires, drought, and other climate extremes,” Ramos promised.

The budget proposal focuses heavily on education, with provisions for public schools, colleges, universities and other academic support, accounting for about 46% of the general fund.

“Thank you, Governor @GavinNewsom for including this funding in the budget and shout out to my colleague Asm. Akilah Weber, MD, for her tireless work on this issue,” Wilson tweeted.

Some Republican lawmakers issued brisk criticisms of Newsom’s spending plan and Democrats’ endorsement of it.

“Democrat politicians have wasted a record surplus on new social programs and pork projects, while allowing our aging infrastructure to crumble. Now, we are faced with a $22 billion deficit as a result of their fiscal recklessness. It’s high time we refocus our budget on the core functions of government,” said Assembly Republican Leader James Gallagher (D-Yuba City).

“As California bounces between flooding and drought, it is abundantly clear that we need new water storage, and yet there is still no dedicated funding this year or next to meet that need. Instead, the Governor protects failed programs that haven’t made a dent our state’s highest-in-the-nation poverty rate.”

In his presentation, Newsom evoked Proposition 98 which requires a minimum funding level for community colleges and other schools.

After education, the second-highest funded priority is health services and initiatives at 23.4% of total spending.

If the Legislature approves, some of the monies for health funding will go toward mental health for programs like CARE Court and CalAim.

There are also funds dedicated to reproductive care.

In a statement, Planned Parenthood Affiliates of California stood behind the governor’s decision.

“Maintaining and pursuing new investments is critical in the pursuit of accessibility and equity for California patients and those forced to seek care here,” the statement read.

Another 8.6% of the budget will go toward human services, 4.3% will go to natural resources, and 10.7% will go to other efforts.

“With our state and nation facing economic headwinds, this budget keeps the state on solid economic footing while continuing to invest in Californians,” said Newsom.

Assemblymember Tina McKinnor (D-Inglewood) – also a member of the CLBC – expressed her support on Twitter.

“Governor Newsom’s proposed 2023-24 state budget preserves a lot of the progress we’ve made over the past few years and helps navigate short term fiscal issues while maintaining our long-term vision for CA,” she tweeted.

During the press conference, Newsom indicated that he believes continued investments in things like universal healthcare will bring about radical change for the state.

Over the next five months, the Governor and the Legislature will work to hash out their differences and present an updated draft proposal, commonly known as the “May Revise.”

By law, Legislators have until June 15 to approve the final budget, which takes effect July 1.